To mark World Health Day, we profile new technology that can be used from the comfort of your own home to develop and maintain essential healthy habits 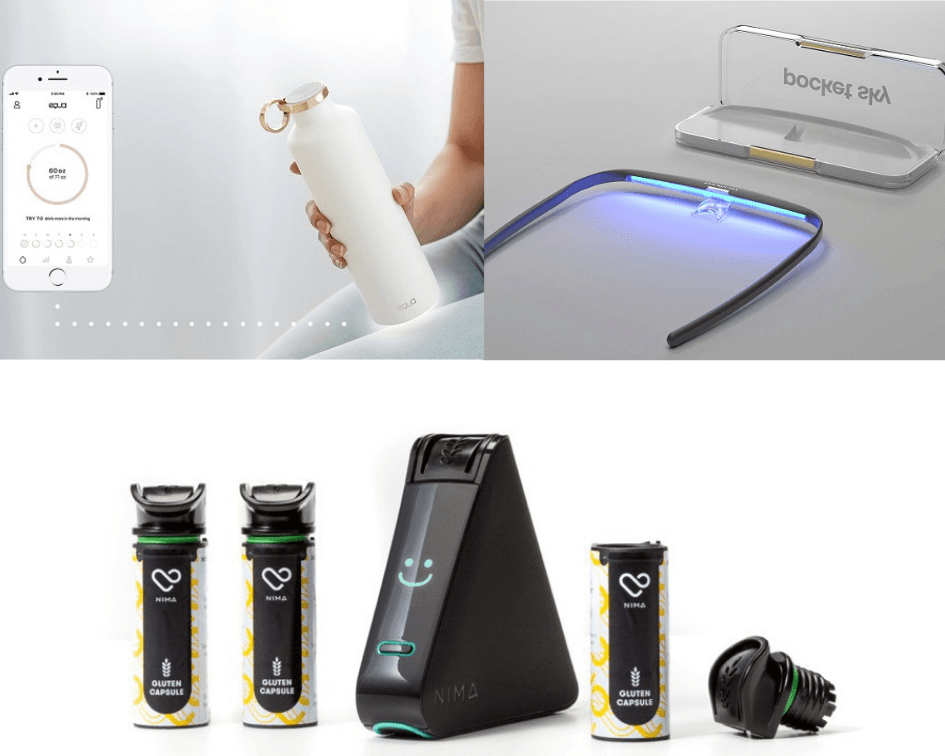 On 7 April it will be World Health Day – a global annual event observed worldwide to spread awareness about the various key aspects related to human health.

The theme selected this year by the World Health Organisation (WHO) is “Universal Health Coverage: Everyone, Everywhere.”

This idea was chosen to remind the world that everyone should have the right to access healthcare when in need, no matter where they are.

WHO’s campaign report stated: “At least half of the people in the world do not receive the health services they need.

“About 100 million people are pushed into extreme poverty each year because of out-of-pocket spending on health.”

As technology and innovation in healthcare has grown, medtech companies and start-ups have found ways to have an impact on lifestyles outside of the hospital with devices that can be used from the comfort of one’s home to maintain good health.

From reminding people to drink enough water to preventing the risk of an allergic reaction to food, we take a look at some of the new technologies made not only to maintain, but also develop, healthy habits.

Smart health and fitness wearable company Fitbit will be launching its waterproof fitness tracker, specifically for kids, this Summer.

The smartwatch has been developed to encourage kids to get moving for up to an hour in total each day by monitoring their steps and reminding them to move if they’re stationary for too long.

The Ace 2 doesn’t display complex analytics and stats like calories or include a heart rate monitor – but it does include features to track sleep, along with bedtime reminders and silent alarms.

In order to make it more fun to engage with, the wearable is designed with colourful animations such as rockets ships, cartoon monsters and bright flower pots.

Kids can personalise these displays and set their clock faces as well as monitor their progress through a companion emoji that grows throughout the day as they get closer to their activity goals.

Along with the Ace 2  – which will come with a price tag of £69.99 and target ages six and up – the company has also introduced three more devices.

Developed by a team of scientists from Imperial College London, GripAble is developing a range of accessible and affordable “smart” objects, alongside an entertaining mobile app.

The technology has been made to encourage people suffering from movement and cognitive disabilities to engage in more therapy when they’re alone.

The hand-held digital device connects wirelessly to a mobile app, which allows users to train finger, hand, wrist and whole arm movements through various games designed to aid in rehab.

The app enables these games to be played with others using it, which aids social interaction as well as connecting users with carers and family members – all through an online community accessed within.

CEO and co-founder of GripAble Dr. Paul Rinne says: “Rehabilitation is critical for patients with movement or cognitive disabilities to regain their quality of life, e.g. after suffering a stroke.

“However, repetitive exercise is boring – not enough therapy is performed, but healthcare systems cannot afford to provide more supervised sessions.

“For years therapists have struggled to find tools that can engage their patients in their therapy, especially when patients are left alone or discharged home.

“Our solution allows much of the therapy that now takes place in hospitals to be performed by the patient at home while still under guidance and being supported by an online community, targeting increased motivation, compliance and ultimately reduced healthcare costs.”

Through its smart water bottle device, which operates through motion sensor technology, EQUA can remind users exactly when they need to take a sip of water through a glowing display at the base.

The device is free of BPA (a chemical found in many hard plastic bottles which imitates the body’s hormones eliminating natural hormones).

It’s also double-insulated, so it will maintain the temperature of cold drinks for up to 24 hours and hot drinks for half as long.

EQUA hopes that by tracking their water intake and adopting healthy hydration habits, users will begin to feel more energised.

A study testing the effects of using the Nima Gluten Sensor on quality of life was recently published in the journal of Clinical Gastroenterology and Hematology.

It found 90% of participants agreed the device was easy to understand and a useful tool in helping them follow a gluten-free diet, giving them peace of mind.

People with food sensitivities can often suffer from anxiety about the safety of their meal when eating out.

Founded in 2013, Nima claims its gluten and peanut sensors are the “first, and only, pocket-sized devices that allow those with dietary restrictions to quickly test their food for allergens.”

Within minutes of grinding a small portion of any food, the devices detect whether or not the specific allergens are present, signalling after if it’s safe to eat.

The devices connect to an app via Bluetooth to share this information with the user, as well as creating a record to inform Nima’s entire online community that either or both allergens are present in the menu of a restaurant.

Co-founder Scott Sundvor said: “Our programme is designed to provide one additional data point for our customers using Nima to test samples of their dishes at mealtime, in addition to all the other precautions they already take.”

Based in Austria, Active Wearables is a medtech start up that created Pocket Sky, a device worn like a pair of glasses to combat conditions resulting from time shifts and poor access to sunlight.

Pocket Sky is a one-size-fits-all device programmed to automatically turn off after 20 minutes to avoid the potential of over use.

The company claims the technology can help with conditions that are based on limited sunlight, such as seasonal affective disorder, or issues with circadian rhythms, such as jet lag or shift work disorder.

Pocket Sky is a type of light therapy that delivers blue light – a high energy, visible light some believe has the capacity to raise one’s mood – to the user to help facilitate wakefulness and circadian alignment, something the firm claim makes users feel less lethargic.