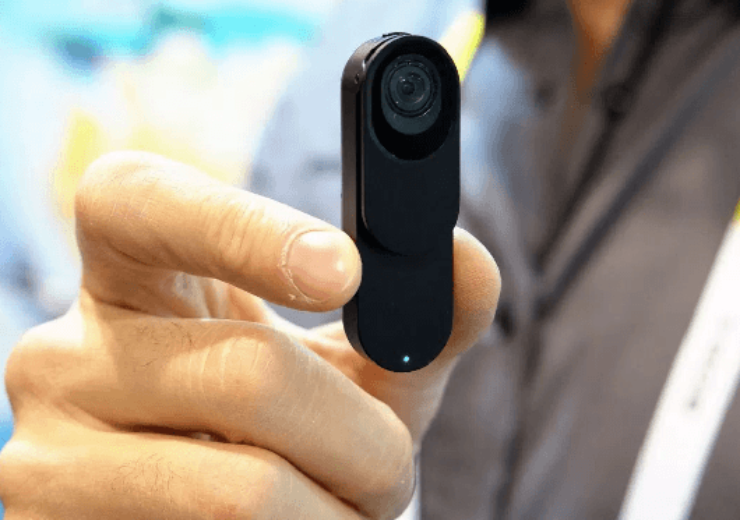 Imagine never forgetting a face or mistaking a name again – that’s the dream for the founders of the the OrCam MyME wearable camera.

The small portable camera is equipped with artificial intelligence (AI) that uses visual and audio signals to recognise people who are familiar to the wearer, and acts as something between a personal advisor and memory stimulant.

Previewed at the CES 2019 consumer tech conference in Las Vegas last week after a Kickstarter crowdfunding campaign raised $185,000 (£144,000), the $400 (£311) MyMe is aimed at the mass consumer market – but also has healthcare benefits, such as for people living with dementia.

OrCam co-founder, chairman and CTO Professor Amnon Shashua said: “The mission of the campaign is to make AI a companion for humans by putting together a camera, sophisticated computing, machine learning, and deep networks.”

How does MyMe wearable camera work?

The core purpose of the MyMe wearable camera is to match faces with names through combining visual and audio signals to create an “augmented attention” experience.

It enables the device to scan business cards and name tags, building a profile of the person while helping the user remain engaged in a social situation.

By adding contact and social media details, it allows the user to get in touch with their new networking contact and remember their face for future reference.

Users can pair this wearable wide-angle camera with their phones by attaching them to their clothes.

The built-in 13-megapixel smart camera not only generates profiles of people a user meets during the day but is also instrumental in recognising older contacts.

It then informs them via an app on their connected phone or smartwatch.

By grouping the people a user has interacted with into groups such as work and friends – and creating relevant notes from conversations they had – it helps them manage time better and build a community of useful contacts.

Prof Shashua said: “The virtual world is full of information, but there is nothing in the physical world.

“All I have is my brain and my memory. From the age of 40, the memory begins to waver a little.

“So, when someone who you have not seen for ten years arrives, the device could be a great help.”

The OrCam MyME wearable camera is an assistive technology that can be adapted to the needs for both mental and physical healthcare.

Establishing a balanced lifestyle is an imperative for a positive mental health impact, and one which OrCam claims to achieve through prioritising the user’s time and schedule.

On its website, the company says: “The device keeps you aware of your ongoing social wellness and setting goals to strike the optimal balance of your most precious resource – your time.”

It helps them develop a level of independence as people’s facial features are stored in the device’s memory to remind them who they have met in the past and to stay in touch with them.

Prof Shashua acknowledges the possible violations with the features of the tech, which he says “can be taken to all sorts of evil and dark places”.

But he believes there are also plenty of “good places”, which his company is focusing on.

Addressing any privacy-related concerns, OrCam claims to protect personal data by “computing a signature for each face”.

It limits the storage of all materials to be saved only in the camera or a connected smartphone instead of uploading them on to the cloud, guaranteeing that all data is only for the user’s personal use.

OrCam says no photographs are stored on the device, while it doesn’t record videos or audio.

The tech is also said to be supported by advanced cyber security measures to avoid hacking.

OrCam has previously released the MyEye 2.0 smart camera device for the visually impaired, which was an honouree in the CES 2018 Innovation Awards in the accessible technology category and a winner of the Last Gadget Standing award.

The artificial vision technology houses a small camera, which can be mounted on a pair of glasses, and recognises text and objects – relaying information to the wearer via a discrete earpiece.