For World Autism Awareness Day, we profile new devices that integrate AI and VR in order to help assist people with autism in social situations 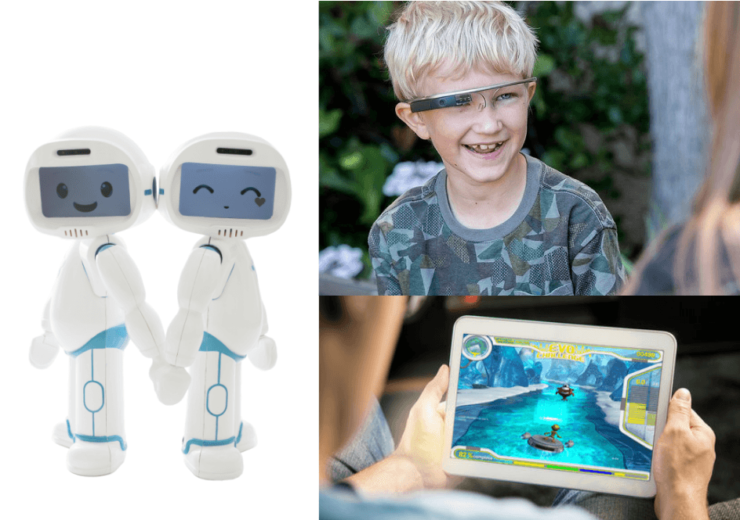 This year’s twelfth annual World Autism Day will mark a pledge to raise awareness for the neurological condition by bringing people suffering from autism into the mainstream of development.

The UN has adopted “Assistive Technologies, Active Participation” as this year’s theme to ensure that people with Autism Disorder Spectrum (ASD) get access to affordable assistive technologies.

From cube-shaped virtual reality (VR) rooms for tackling phobias to game-based “digital medicine” tools, there is a steady advancement of technology in the field of autism spectrum disorder.

In its report online, the UN said:  “While technological advances are continuous, there are still major barriers to the use of assistive technologies, including high costs, lack of availability, lack of awareness of their potential and a lack of training in their use.

“Available data indicates in several developing countries, more than 50% of the persons with disabilities who need assistive devices are not able to receive them.”

What is autism spectrum disorder?

Autism spectrum disorder refers to a development disorder that comes with a broad range of conditions characterised by challenges with social skills, repetitive behaviours, speech and nonverbal communication.

According to National Autistic Society, there are approximately 700,000 people on the autism spectrum in the UK and most children were still being diagnosed after age four, though autism can be reliably diagnosed as early as age two.

The Superpower Glass works with a smartphone application designed to act as a messenger and interpreter, with the app relying on AI to tackle a common struggle for kids with autism – how to acknowledge social cues and use past experiences to develop their social skills.

The therapy involves a smartphone app that is wirelessly linked to Google Glass – a wearable computer with a display that is worn like glasses.

The frame has a built-in camera that captures the wearer’s field of view with a small screen and speaker that provides the wearer visual and audio information.

The app uses machine learning to identify faces and interacts with the wearer in real time by tracking faces to decode and make sense of emotions using lights and emojis.

The product is not commercially available yet as it is being further developed at the Stanford University School of Medicine.

The Blue Room is a cube-shaped room made up of walls as projection screens using VR to create 360-degree computerised images, this is for people with autism to confront their phobias to social situations in a safe, controlled environment as a form of treatment.

The virtual space and atmosphere can be personalised to the individual three dimensionally using an iPad controller, so the room can be transformed in to a bus stop, shopping centre, airport or any environment that would normally intimidate the child.

Professor Jeremy Parr, who led the study on the effect of using VR therapy to treat phobias in autistic children published in the Journal of Autism and Developmental Disorders, said: “For many children and their families, anxiety can rule their lives as they try to avoid the situations which can trigger their child’s fears or phobia.”

Prior to the VR session which lasts for 20 minutes, cognitive behavioural therapy techniques (a psycho-social intervention to improve mental health) are practised on the individual to help them prepare and cope through their VR session.

In preliminary trials, the scientists at Newcastle University found that 40% of children showed improvement after two weeks of Blue Room therapy and 45% after six months.

Developed by the company LuxAI, the robot assists helps both parents and therapists in teaching autistic children who feel uncomfortable with human contact to learn and build essential social skills.

Standing two feet tall, the QTrobot can see, hear and speak with its RealSense 3D camera, a sensitive microphone and powerful speakers.

The interactive robot is able to convey a wide range of emotions non-verbally with clear visual cues and facial expressions on its screen and body gestures, which makes it easier for someone with autism to recognise.

In addition, a therapist can tailor the contents of each session to meet the educational needs of every child and make autism education more personalised.

QTrobot is currently available in the US on a limited basis for early adopters and is planning to expand its reach by making it available for autism centres and schools by later this year.

According to research published in the Journal of the American Osteopathic Association, a non-invasive hearing test may assist with early detection and diagnosis of autism spectrum disorders.

With Stapedial reflex testing, pressure changes in the middle ear in response to sounds is measured to assess a person’s sensitivity and response times to a wide range of frequencies.

Professor of anatomy Randy Kulesza at Lake Erie College of Osteopathic Medicine in Pennsylvania notes that hearing is critical to speech and language development, which in turn, also affects social and emotional development.

He says stapedial reflex testing provides much more information about the types of dysfunction that may be present.

By identifying the diagnosis at birth, the person’s quality of life can be profoundly improved.

A small feasibility study conducted by the Children’s Hospital of Philadelphia suggests that app-based Project Evo does effectively engage patients and maintains their interest throughout a four-week treatment cycle.

The Project Evo game requires children to multi-task by switching between a memory-based task and a visuomotor task (the ability to synchronise visual information with physical movement.)

The first task instructs players to tap the screen till they catch the assigned target mixed with distracting options, for example, a blue fish as the target with red and yellow fish as distractions.

The second task comprises steadily steering a hovercraft along a river, the game’s difficulty increases as the user progresses.

Benjamin Yerys, PhD, a child psychologist at CHOP’s Center for Autism Research (CAR) explained: “Our study showed that children engaged with the Project: EVO treatment for the recommended amount of time, and that parents and children reported high rates of satisfaction with the treatment.”