Ray of hope on biomaterials degradation

The use of biomaterials in medical devices and drug delivery systems has been one of the industry's most exciting and innovative success stories in recent years. However, device performance can be hampered by unpredictable rates of degradation. Dr Natalie Artzi of Harvard Medical School and MIT tells Nic Paton about how fluorescence imaging is helping to overcome this obstacle. 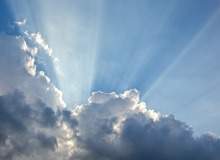 Whether it is a synthetic polymer coating on a cardiovascular device, or an ophthalmic material that ensures the controlled release of drugs, the use of biomaterials has been breaking new frontier. Just as importantly, it is a market that many observers agree is set to grow significantly in years to come.

The ‘Collagen and HA-based Biomaterials’ market report released in November 2011 by Global Industry Analysts predicted demand for such biomaterial-led devices would rise rapidly over the next five years, particularly in the US, where it would be fuelled by the healthcare challenges posed by an aging (and increasingly unhealthy) population. To this end, the report forecast that the market for hyaluronic acid-based and collagen-based biomaterials would be worth $3.7 billion by 2017.

"While the potential for biomaterials as structural supports or platforms for the release of drugs, for the embedding of cells and for tissue engineering have all long been recognised, device manufacturers have often faced a headache at the clinical trials stage."

However, the use of biomaterials is not without its challenges. One of the biggest has been the difficulty of analysing how, and the speed and extent to which, such medical device biomaterials degrade in the body. While the potential for biomaterials as structural supports or platforms for the release of drugs, for the embedding of cells and for tissue engineering have all long been recognised, device manufacturers have often faced a headache at the clinical trials stage. This is because, after significant time and investment to get beyond the pre-clinical stage, devices suddenly do not perform as expected in vivo compared with how they performed during in vitro experiments, hampering and delaying the development of the device, not to mention adding significantly to development costs.

To work most effectively, biomaterials must obviously be biocompatible with the patient and, unless specifically designed to degrade in the body, must offer long-term resistance to biological attack. An ongoing nuisance for device manufacturers therefore has been how to mitigate the susceptibility of many biomaterial-based devices to premature failures or unpredictive body-elimination rates because of such biological attacks, in turn limiting the choice of materials that can be safely used in, and accepted by, the human body.

Even polymers, while normally intrinsically more resistant to environmental attack, will not be immune to mechanically induced biological failure, such as a chronic inflammatory response ultimately leading to a biological failure of a device, especially if it is load-bearing. On top of this, it is extremely difficult to model actual in vivo conditions and thus accurately benchmark the clinical performance of any implant. Ultimately, because there has not been any concise means of predicting in vivo performance from in vitro experiments, this has hampered the development of new materials as well as the assessment of the safety, efficacy and applicability of existing ones. The ability of a material to degrade is beneficial, as there is a correlation between chronic response to biomaterials and their residence time. This remains an advantage only if we can predict the dynamic material changes on device performance.

Up to now, one of the few ways to evaluate such ‘material fate and erosion’ has been through the use of animal experiments, especially euthanised mice, but this has also been less than ideal in that you need to use large number of animals, will normally struggle to get sequential time-lapse measures of the same specimen, and will be hampered by high variability, subsequently only getting qualitative measures of erosion.

A team led by Dr Natalie Artzi, a research scientist at Harvard Medical School and MIT, working with MIT’s Professor Elazer Edelman, has come up with a way around this by harnessing, for the first time, fluorescence imaging to follow material mass loss in vivo in a sequential manner. In research published in the journal Nature Materials, the team used non-invasive fluorescence imaging to sequentially follow in vivo material-mass loss to model the degradation of materials hydrolytically and enzymatically.

"The more you are able to monitor the environment the better, and from there it is inevitably going to be easier to penetrate a market."

The hydrogel erosion rates in vivo and in vitro correlated, the researchers concluded, so enabling the prediction of in vivo erosion of new material formulations from (much more easily gathered) in vitro data. At the same time, the collagen in vivo erosion was successfully used to infer physiologic in vitro conditions that, in turn, mimicked erosive in vivo environments.

This approach, as Artzi argues, heralds a breakthrough in helping to determine the rapid in vitro screening of materials, and from there can be extended to consider issues such as determining drug release or material erosion from a drug-eluting scaffold, or cell viability and material fate in tissue-engineering formulations and so on. It may mean, very simply, effective biomaterials can be identified quicker and devices brought to market more easily.

"There are very wide applications," Artzi points out. "I also expect it will make it much easier to bring devices to market because you will be able to nail down the factors that affect the performance of the device and be able to predict its effect; there will be fewer surprises when you move from pre-clinical to clinical trials. The more you are able to monitor the environment the better, and from there it is inevitably going to be easier to penetrate a market."

The team also used mathematical modelling to predict the in vivo erosion of materials from in vitro erosion kinetics, a methodology that can make for much more effective, and rapid, in vitro screening and, again, speed up the development of medical devices.
"The key thing will be that, in order really to design biodegradable materials effectively, you rely on your ability to be able to predict their performance," explains Artzi. "I suspect we will be able to adopt the methods we have been developing here in many systems. The key is having the ability to take account of the environmental difference."

The team explored the effect of material shape, composition and environmental conditions dictated by the choice of implantation site. They also studied the erosion profile of natural and synthetic materials. Artzi argues that there is clear potential from this research when it comes to characterising and designing degradable composite materials for better drug release and controlled cellular function devices,
and better treatments for cardiovascular and cancer applications.

"What we are working on now is looking at what disease types affect the erosion of the materials," she says. "With the more complex devices, this degradation affects the rate by which the drug is released or the properties of the cells that are embedded in the matrix. So the key is evaluating the materials and the expected scenarios for specific applications; what is the impact of a specific environment on the performance of that material? I think in terms of pre-clinical studies we are, realistically, still very much at a research stage for perhaps the next year or two. But already there is a lot of awareness about the capability of an innovation such as this – being able to show and predict accurately what the rate of degradation will be."

The goal, Artzi says, is the development of medical devices with tunable and predictable clinical outcomes, devices that give a greater and more accurate ability to detect and forecast the time course of in vivo erosion. In turn, she predicts, this will lead to better informed regulatory scrutiny and a growing number of biomedical devices with erosive properties coming to market. And the next stage? Start getting to the point where this research advance can be applied to the treatment of people.

"If you have a way of being able to monitor what is going to happen to a device in real time, and from there be able to monitor its fate, that will be absolutely amazing, a real breakthrough"

"Right now, of course, it is not approved for people," she says. "But if you have a way of being able to monitor what is going to happen to a device in real time, and from there be able to monitor its fate, that will be absolutely amazing, a real breakthrough."

As well as her work around biomaterials, Natalie Artzi is leading a range of other key projects and research that could change how devices are applied and even manufactured. To name a few:

Adhesive materials
The work of Artzi and her team in this area is focused on the development of soft tissue adhesive materials whose properties are titrated to tissue biochemistry to enable optimal adhesion while maintaining biocompatibility. The inclusion of drugs and cells in such systems could enable the local and controlled release of factors to induce therapeutic benefits.

Tissue engineering
This research is aiming to understand how host-immune response and therapeutic potential are affected by the unique interactions of cells with their substratum, which are modified by matrix erosion in vivo. The development of so-called Matrix (Gelfoam) Embedded Endothelial Cells placed perivascularly to an injured vessel can enhance vascular repair, reduce stenosis, inflammation and thrombosis, as was shown in Edelman’s laboratory. The team is now studying how scaffold modification (specifically, degredation rate) affects cell phenotype, and therefore therapeutic capacity and immune response.

Drug release
Artzi is also studying the mechanistic basis of drug-eluting stents, in particular the interrelation between coating erosion, drug release and the resulting clinical effect. Such novel stents can improve clinical outcomes when compared with conventional drug-eluting stents with stable coating, she argues. Other stimuli-responsive materials are being developed for local and controlled drug release.