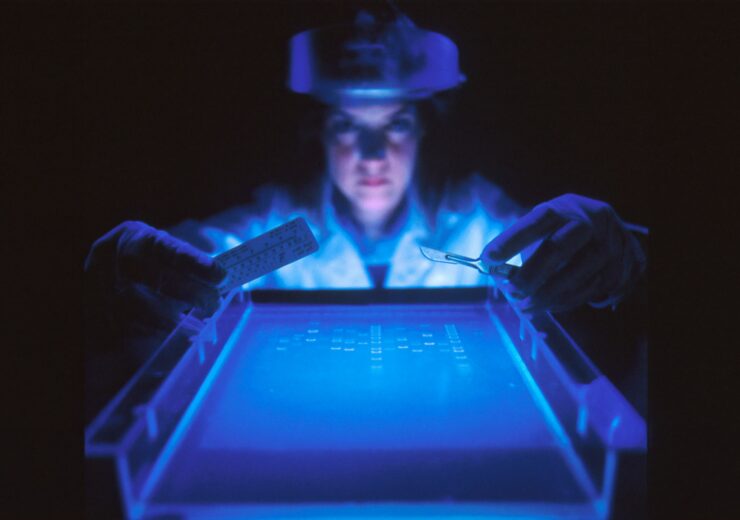 Some 93% of the UK medtech industry is made up of SMEs, according to Innovate UK estimates (Credit: National Cancer Institute)

The Biomedical Catalyst 2020 competition, which provides hundreds of medtech SMEs across the UK with a rare chance to obtain non-dilutive funding, will stop accepting applications next month. Jamie Bell speaks to Innovate UK’s Michael Kipping – who has been in charge of the Biomedical Catalyst since 2017 – to find out more about its past, present and future.

Throughout the 21st Century, the medtech sector – and the companies operating in this space – have grown into a key pillar giving significant support to the UK economy.

However, the vast majority of the industry is made up of smaller firms and start-ups. In fact, Innovate UK estimates that about 93% of all medtech companies in the UK are SMEs (smaller and medium-sized enterprises).

In an effort to boost financial support for these SMEs, the UK government’s innovation agency Innovate UK has been running a competition called the Biomedical Catalyst for several years now.

It allows smaller and medium-sized medtech firms to apply for non-dilutive funding – meaning they can get their innovative technologies, projects and ideas off the ground without giving up an equity stake in their business.

Michael Kipping, who runs the Biomedical Catalyst competition as an innovation lead at Innovate UK, and also previously worked in the medical devices industry for more than 10 years, believes this access to non-dilutive funding is “hugely important” for SMEs – especially those still in the early stages of development.

He cites an independent evaluation of the competition done by market research firm Ipsos MORI last year, which found that it performs at least as well as R&D tax credits – the government’s other main approach to supporting smaller UK companies.

“For every pound put into the programme by us, it’s estimated that the Biomedical Catalyst generates about £4.70 for the UK economy,” says Kipping.

“So, from an impact perspective, there are lots of great metrics – but along with getting the money, the other main benefit for companies is that investors look on the competition very favourably.

“They see it as a validation of the company and what it’s doing, and while it’s still tough out there, companies do find it a lot easier to get venture capitals or other investors on board if they’ve received an award from Innovate UK.

“These types of programmes are really important, but they need to be part of a broader ecosystem as well – there’s no point doing it if there aren’t other bits of the jigsaw in place.

“The UK is a great place to be in terms of accessing government funding, and it’s also a place that attracts lots of investors. I think the availability of non-dilutive funding is an important part of that landscape.”

Why was the Biomedical Catalyst competition introduced?

As part of the 2012 UK strategy for life sciences, the government identified a funding gap in the health and life sciences sector – a phenomenon that Kipping says has rather dramatically been dubbed “the funding valley of death”.

This lack of funding was thought to be preventing many UK-based firms from bringing their ideas for new medical devices, diagnostics, therapeutics, and other healthcare-related technologies to life.

In an attempt to fix this, the Biomedical Catalyst competition was launched in 2012 with three main goals: delivering growth to the country’s life sciences sector, bringing innovative life sciences products into the healthcare system more quickly and effectively, and providing support to academically and commercially-led R&D.

However, in spite of the tens of millions of pounds that have been invested into the competition over the past few years, Kipping admits that, in 2020, the funding valley of death remains, and Innovate UK still has plenty of work to do.

History of the competition

Despite the fact it is open to all SMEs operating in the broader health and life sciences sector, the name of the competition – which Kipping says he is now looking to change – did initially put off some companies working on medical devices and diagnostics, as well as those focusing on more digital-oriented solutions.

In recent times, however, Innovate UK has roughly seen a 50/50 split between medicines and other therapeutics used to treat or prevent diseases, and medical devices and technologies, in terms of the nature of the companies it grants funding to.

In 2018 and 2019, about two thirds of the available funding – which was £10m ($12.8m) each time – went to therapeutics-focused projects, while the remaining third went to medtech applicants.

Kipping says this is mainly because it often costs more money to take medicines and pharmaceuticals from a concept to the commercial market, when compared with medical devices.

As well as their devices generally being cheaper to develop, Kipping also states that SMEs undertaking medtech projects have the additional advantage of being spread more evenly across the whole of the UK.

“For therapeutics, typically you see money going to the golden triangle of London, Cambridge and Oxford – and possibly Alderley Park as well – because that’s where the companies and a lot of the academic researchers are based,” he says.

“With medtech, there’s far better distribution right across the whole of the UK – we’ve got projects in Northern Ireland, Scotland, and the North East and North West of England.

“I think the medtech side of things provides a much better equity of opportunity, geographically at least, than therapeutics.”

Recent Biomedical Catalyst competitions have seen a range of medtech firms secure funding grants for their projects – such as Oxford-based company Sense Biodetection, which gained more than £1.7m ($2.2m) to develop an instrument-free molecular diagnostic test for influenza and RSV (respiratory syncytial virus).

Other successful projects from the past two years include a wearable headset designed to detect and monitor mental health problems from Belfast-based start-up BrainWaveBank, and next-generation bioresorbable stents for treating patients with severe PAD (peripheral arterial disease) – developed by Leeds-based SME Arterius.

How the Biomedical Catalyst is structured

Innovate UK has a standard set of 10 questions it asks SMEs applying for funding through the Biomedical Catalyst competition, and expects them to be able to answer each, in fewer than 500 words, using their business plans.

Each company that applies is assigned five independent assessors with a background in the health and life sciences sector to score each written response out of 10, and provide the company with a total mark out of 100. Innovate UK then averages out these scores and uses them to rank every applicant.

With many other competitions run by the innovation agency, it would then conclude the process by going down from the top of this list, and looking to fund as many of the best-performing companies as possible.

The Biomedical Catalyst is a two-stage process, however, and those average scores are instead used to create a list of about 40 companies that progress to a second stage – in which they are assessed face-to-face by a “Dragon’s Den-style” panel.

These panels – which are made up of investors and other businesspeople, as well as some clinicians and relevant academics – then provide recommendations to Innovate UK, which are used to create new scores and rank the remaining companies once again to determine those that will receive a share of the available funding.

While the Biomedical Catalyst comes with more rigour than other Innovate UK programmes, Kipping says this is necessary because the money on offer is also higher than the sums associated with other competitions – and claims it is still the “least painful” application process of any used by UKRI (UK Research and Innovation) organisations.

The available pot of money for this year’s competition stands at £30m ($38.5m) – a figure that would’ve been split into three parts in previous years, but is instead being offered all at once this time around.

Of these associated costs, Innovate UK will supply 70%, leaving the SME in question to find the other 30% in match funding.

The companies that apply must be UK-based SMEs, but they can also collaborate with NHS trusts, universities, and other companies or research organisations – with many firms choosing to do this in previous years, as the competition allows academic institutions and public bodies to claim 100% of their own associated costs.

In this year’s competition, Innovate UK will look at everything from the real-life benefits of each project – and how the resulting drug or device could benefit patients – to the financial feasibility associated with it, and closely assess the people working for the companies as well.

The Biomedical Catalyst 2020 opened on 27 July this year, and SMEs have until 7 October to submit their funding applications – at which point the second stage of the competition will begin, with successful companies set to be invited back for interviews in January 2021.

According to Kipping, in spite of its widespread impact in many sectors, the Covid-19 pandemic didn’t make securing £30m in funding for the Biomedical Catalyst any more of a challenge in 2020 – largely because it’s a relatively small fraction of Innovate UK’s £1bn ($1.28bn) annual budget.

The crisis has nevertheless taken its toll on the industry more generally, making it harder for companies to apply for these types of funding opportunities – and the current climate has not been helped by ongoing uncertainties around medical device regulations following Brexit.

“Looking at the sector right now, you’ve got two thunderstorms hitting at once – the pandemic, which is impacting companies’ ability to operate, and you’ve got the regulatory situation as well, which is absolutely crushing,” says Kipping.

The UK’s impending exit from the European Union has made complying with new MDR (Medical Device Regulation) and IVDR (In Vitro Diagnostic Regulation) laws more challenging for firms.

The implementation of these regulations has already been pushed back to 2021 due to the pandemic, and the recently-announced UKCA (UK Conformity Assessed) marking – which will soon replace the European-standard CE mark for products on the UK market – has only added to this confusion.

“It shouldn’t be that challenging, but it’s just yet another hurdle for companies,” says Kipping.

“The new legislation itself isn’t the problem, but there’s been ambiguity around its implementation, and there’s also the cost of compliance with the new CE-marking regime.

“For a lot of companies it’s just not worth their while, and they haven’t got the funds to do it.”

To cope with this “financial double whammy”, Kipping says he is currently trying to raise some money – via the 2020 Comprehensive Spending Review – to support UK SMEs as they assess whether or not they can comply with these new European regulations.

And, while it may be dependent on the post-Covid economic situation in the UK, Kipping is also hoping to increase the available funding for the Biomedical Catalyst competition in 2021 to about £70m ($90m), in an effort to fund more “high-quality” health and life sciences projects in the future.