In 2022, the long-standing IVDD will be replaced by the IVDR, ushering in a new era regarding how in vitro diagnostic devices are regulated for EU markets 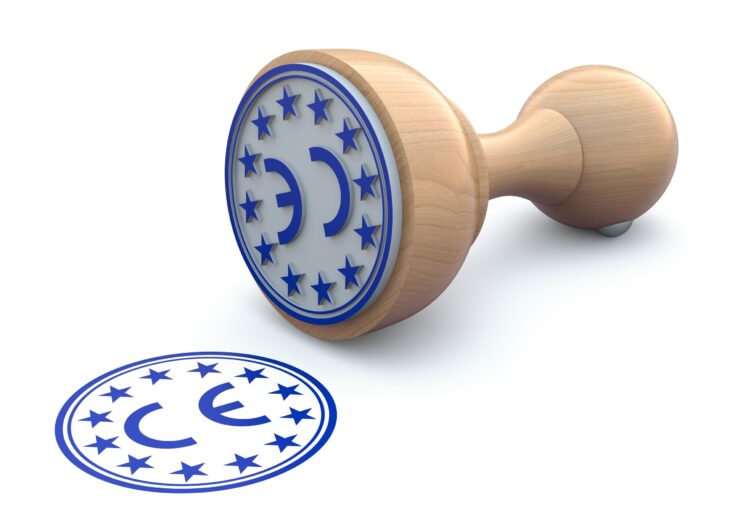 Manufacturers will have to adhere to the new EU IVDR to gain a CE mark (Credit: mipan/Shutterstock)

In the Spring of next year, manufacturers looking to place their in vitro diagnostic devices on the European market will be subject to a brand new set of regulations – the long-awaited IVDR.

This means that manufacturers looking to receive a CE mark and market their products in Europe will encounter a fresh set of considerations – considerations that are, broadly speaking, more stringent, more thorough and more far-reaching than the ones they currently adhere to.

In an article published on the RAPS (Regulatory Affairs Professionals Society) website last year, Sue Spencer – a principal consultant and IVD lead with more than 30 years of experience in the industry – describes the task facing diagnostics manufacturers.

“The IVDR presents an enormous change to the IVD industry, not only because it requires a significant change to technical documentation and the quality management system, but also because it changes the relationship with economic operators and their responsibilities,” she says.

“Manufacturers have often launched in Europe before the US; however, under the IVDR the requirements are more onerous and it will take more time for approvals to be completed, and this may change the way products are launched in the future.

“While there is undoubtedly a huge amount of work required to transition from the IVDD to the IVDR, manufacturers should recognise the IVDR is more complex and detailed, and will require more resources to maintain as well as implement.”

With these upcoming challenges in mind, we take a closer look at the new IVDR frameworks and outline some key considerations for companies manufacturing diagnostic devices.

What is the IVDR?

The upcoming EU MDR (Medical Device Regulation) was pushed back by one year last April, owing to the added strain the Covid-19 pandemic has placed on the industry, and will now be implemented in May 2021.

However, the other major update to EU medical device regulations, the IVDR, retained its initially-planned start date and, following a five year-long transition period since it was passed into law in 2017, will be enforced from 26 May 2022 – barring any further delays.

This new set of regulatory frameworks for in vitro diagnostic products will replace the IVDD (In Vitro Diagnostic Directive), which was passed by EU lawmakers in 1998, and has been used by the European Union and applied in all of its member states since 2003.

The new IVDR will be implemented by notified bodies, which have the power to assess if products conform to these regulations before they are placed on the market. As of early-2021, a handful of these have already been designated – including the BSI group in the Netherlands, and TÜV SÜD and Dekra in Germany.

As well as bringing an increased level of scrutiny to IVD products on the European market, it’s thought the percentage of these products that will require third-party oversight from notified bodies – rather than simply being ‘self-certified’ by manufacturers – is set to jump dramatically from 20% to 80%.

And, alongside proper labelling, details of design specifications, manufacturing information and post-market surveillance plans, the two main things manufacturers will have to demonstrate are the successful performance, and safety adherence, of their products.

Scientific validity is a new requirement being introduced under the IVDR, and is concerned with the association of the analyte of a device – the thing that it is designed to detect or analyse – with one or more clinical conditions, or physiological states.

This essentially means the scientific principles behind the device need to be proven through academic research in the form of studies or literature reviews – although, in some cases, the scientific validity will already be well-established.

An example of this can be seen in devices that utilise blood glucose levels in monitoring diabetes, as the link between glucose and diabetes is well-known and has been for several decades.

A useful way to demonstrate the distinction between the two is by looking at how sensitivity – the ability of a diagnostic test to correctly identify people infected with a certain disease – is assessed differently in each.

Analytical sensitivity represents the smallest amount of substance in a sample that can accurately be measured by the diagnostic, and will therefore lead to a positive test result, while diagnostic sensitivity is the percentage of people with a given disorder or disease who are successfully identified as positive.

The most important distinction between the IVDD and the IVDR here is that no article within the current set of regulations explicitly requires the conduct of a performance evaluation study but, in the upcoming frameworks, Article 56 makes clinical and analytical performance studies virtually a default requirement – unless it is “duly justified” to rely on other sources of performance data.

A major part of the safety requirements in the IVDR is risk management, and manufacturers are required to detail the steps they have taken to eliminate or reduce – as far as possible – the risks associated with using their device.

They will also have to include information on how they have implemented protection measures for any risks that cannot be eliminated, as well as informing users of unresolved, residual risks.

And, naturally, the IVDR requires the benefits of a given IVD to outweigh any known or foreseeable risks, or undesirable side effects, associated with its normal conditions of use.

These measures are not dissimilar to those found in the IVDD regarding eliminating or reducing risk – but one key difference is that manufacturers are now explicitly required to establish, document, implement and maintain a system for risk management.

Alongside this documented risk management plan, manufacturers will also need to evaluate the impact of new information and, if necessary, amend control measures accordingly once their IVD is on the market – referred to in the legislation as the ‘production phase’.

For both performance and safety, one thing that could be set to make life a little easier for IVD manufacturers moving forward is the fact that a demonstration of equivalence will still be accepted.

This means certain technical, biological or clinical characteristics of the product can be proved by comparing them to an existing, approved device that’s already on the market – which could help to reduce the amount of costly, time-consuming original studies that need to be conducted.

How will legacy products be affected by the IVDR?

Put simply, on 26 May next year, when the IVDR finally supersedes its predecessor, the IVDD, every diagnostic device on the European market will need to conform to these new regulations.

There will also be very few leniencies regarding legacy products – that is, in vitro diagnostics that are already on the European market following approval under the current set of frameworks.

All existing products will have to conform to the IVDR once it comes into play, and will not be exempt and allowed to simply remain on the market due to their conformity to the IVDD – a process known as ‘grandfathering’ that was the case with certain medical devices when the MDR was first introduced in the 1990s.

Despite some concerns among manufacturers over this, one silver lining is the fact that, when it comes to existing products, they will not need to start from scratch to meet the new, and potentially more stringent, requirements.

Much of the same documentation regarding performance and safety can still be used, and, handily, manufacturers can also choose to include post-market data on an established diagnostic’s usage in the ‘real world’ to further back up any safety or performance claims about it.

The main challenge here is gap analysis – which involves looking at all the discrepancies between the IVDD and IVDR, and ensuring the requirements that are exclusive to the new regulations are met.

Another important subtlety manufacturers should be aware of is the fact that, when the new regulations are introduced next year, IVDD certifications will not immediately become redundant.

IVDD certificates can be issued up until that May 2022 deadline, and the five years of validity they come with remains in place either until it expires, or until 27 May 2024 – whichever comes first.

This means diagnostics cleared under the IVDD can still be placed on the market for two years after the IVDR start date – although certain other conditions under Article 110 of the new regulations must also be met in this instance, and no significant changes to the design or intended purpose can have been made since the device initially gained clearance.

On top of this, IVDs that bear an in-date certificate under the old system can be “made available or put into service” – essentially, they can remain on the market – for an additional year, until 27 May 2025, at which point IVDD certification will become completely redundant, and the only way to place a product on the European market will be through complying with the IVDR in its totality.