Could Apple Watches and other everyday wearables be used to detect Covid-19 cases? 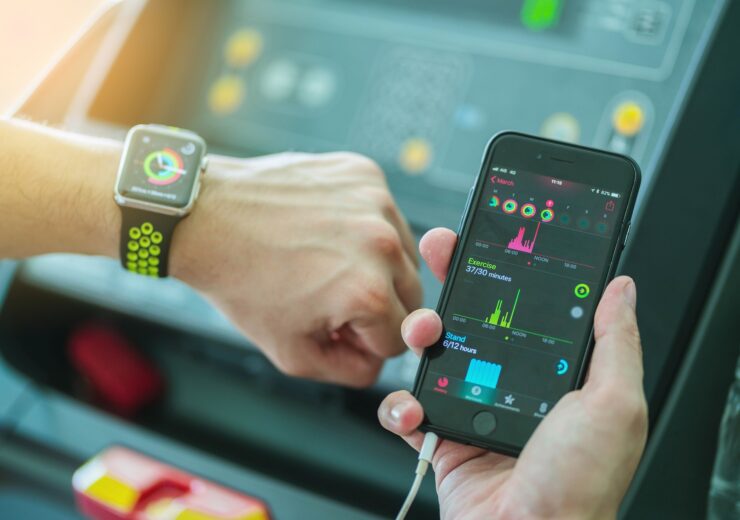 US researchers have been investigating the possibility of detecting Covid-19 symptoms using smart watches – and their findings indicate these everyday items may hold a lot of potential when it comes to diagnosing the virus at an earlier stage.

In a study conducted by Mount Sinai Hospital in New York City, hundreds of healthcare workers were given Apple Watches to measure subtle changes in their heart rate variability (HRV).

These wearable devices were subsequently able to signal the onset of Covid-19 up to seven days before their user was diagnosed with the infection via a nasal swab test – as well as successfully diagnosing those displaying symptoms of the respiratory infection.

A report summarising these findings was published in online eHealth journal JMIR (Journal of Medical Internet Research), and its author, Dr Robert Hirten – assistant professor of medicine at Mount Sinai’s Icahn School of Medicine – believes it “highlights the future of digital health”.

“It shows that we can use these technologies to better address evolving health needs, which will hopefully help us improve the management of disease,” he adds.

“Our goal is to operationalise these platforms to improve the health of our patients and this study is a significant step in that direction.

“Developing a way to identify people who might be sick even before they know they are infected would be a breakthrough in the management of Covid-19.”

It took place between April and September 2020, and required participants to download the Warrior Watch app to their Apple iPhones, fill out short daily surveys about their symptoms and stress, and wear an Apple Watch throughout the study period.

The researchers then attempted to identify and predict if workers were infected with Covid-19 based on changes in their HRV – a measure of variation in the time interval between heartbeats that can be monitored by a wearable device and used to assess many physiological factors including nervous system function.

As well as the primary intention of using wearables to detect coronavirus symptoms at an early stage, the Mount Sinai researchers said understanding the impact of the virus on healthcare workers’ psychological wellbeing, and learning how this stress can be relieved, were also considered goals in the study.

The salient finding demonstrated in the Warrior Watch Study was a relationship between positive SARS-CoV-2 infection, and significant changes in HRV patterns when measured using an everyday wearable device.

Most participants diagnosed with Covid-19 in the study were asymptomatic, and its authors reported there were no differences between the HRV changes in those who tested positive – regardless of whether or not they were displaying outward symptoms.

These findings therefore suggest wearable technologies may be able to detect infections in asymptomatic individuals, which could yet prove critical in curbing the spread of Covid-19 throughout populations by swiftly identifying people who are unknowingly carrying the virus.

While the study’s authors concluded that further investigation into the use of HRV as a biomarker of infection is needed, they stated that identification of SARS-CoV-2 infection during the pre-symptomatic period, in asymptomatic carriers, and prior to diagnosis with a nasal swab test, may be possible via remote sensing means.

Dr Zahi Fayad, co-author of the study, and director of the BioMedical Engineering and Imaging Institute at Mount Sinai’s Icahn School of Medicine, says: “This technology allows us not only to track and predict health outcomes, but also to intervene in a timely and remote manner – which is essential during a pandemic that requires people to stay apart.”

In addition to demonstrating the potential predictive ability of HRV in identifying infection, the researchers found that, from one or two weeks after a positive Covid-19 diagnosis, participants’ HRV patterns began to normalise and were no longer statistically different from those seen in uninfected people.

The first was reported in Nature Biomedical Engineering by researchers from the Stanford University School of Medicine and Case Western University in the US.

It showed that pre-symptomatic Covid-19 cases can be identified using smart watch data – including heart rate, sleep time and daily number of steps.

Fitbits, Apple Watches and other devices were used to collect insights from more than 5,000 participants – and, from 32 individuals who tested positive for the virus, 26 (81%) produced notable physiological signals four to seven days in advance of the onset of symptoms or diagnosis.

In a separate study involving more than 30,000 people, researchers based at the Scripps Research Translational Institute and CareEvolution in Michigan examined how similar smart watch data can be utilised alongside self-reported symptoms to detect Covid-19.

Writing in Nature Medicine, they concluded that resting heart rate, sleep and activity metrics could be amalgamated into a single metric, and combined with self-reported symptoms, to distinguish between positive and negative cases.

Despite these highly promising examples of smart watches being used to detect SARS-CoV-2 infections at any earlier stage than is currently possible, Nature Electronics’ assessment also flagged up multiple limitations in these studies – including their inability to differentiate between Covid-19 and other viral infections, and the fact they are predisposed to sample biases because older people and low-income populations are less likely to own or have access to wearable devices.