We focus on a possible solution for biomedical devices to silicone's impermeability with electrospun PDMS, a flexible, polymeric elastomer. 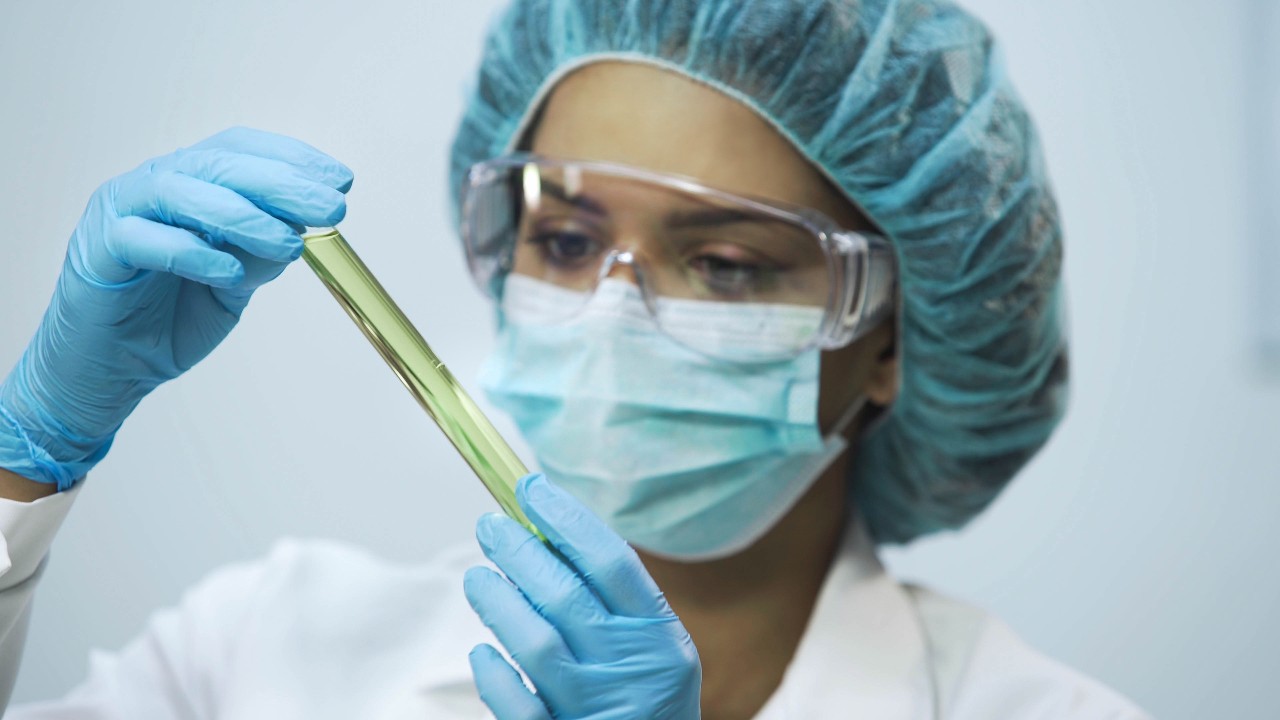 PDMS's range of properties make it ideal for use in bio-integrated electronics or biosensors. (Credit: Motortion Films/Shutterstock.com)

Silicone is beloved by medical device designers for its biocompatibility, but there are reasons why people are not all coated in plastic. Even if it’s only applied to the skin, silicone’s impermeability prevents sweat from evaporating, causing discomfort and inflammation. Allie Anderson speaks to Ahyeon Koh and Matthew Brown of Binghamton University about a possible solution. Their electrospun PDMS, a polymeric elastomer, which behaves more like the collagen and elastic fibres of the epidermis than a plastic film, can be integrated with skin, as well as neural and cardiac tissue, with reduced inflammation at the application site of biomedical devices.

Silicone has numerous uses in the field of medicine and healthcare, having been used in the sector for more than 60 years.

Silicone materials are ideal for use in the design of medical devices because of their unique chemical and physical properties, which make them both highly biocompatible and biodurable.

A type of silicone that is especially favoured in the design of biomedical devices is polydimethylsiloxane – or PDMS.

A flexible, polymeric elastomer, PDMS has a range of properties that make it ideal for fabrication into bio-integrated electronics or biosensors, which are used to measure and monitor physiological data, either as a single snapshot or over a period of time.

Bioelectronics is an ever-evolving area of research, and scientists are working towards advancements to improve biosensor technology and, consequently, the accuracy of the data the devices collect.

While PDMS is the high-performing silicone material of choice in the manufacture of many wearable biosensors, it is normally used in a solid-film state, which, although biocompatible, is impermeable, meaning it has limited breathability and prevents the diffusion of fluid, gases, and heat. As a result, the sensors do not perform optimally and data is less reliable.

So, a team of researchers at Binghamton University in New York explored a method for solving this problem. In the process, they created a type of silicone that works with the body, rather than just attaching to it.

Their study, ‘Electronic-ECM: A permeable microporous elastomer for an advanced bio-integrated continuous sensing platform’, was published in research journal Advanced Materials Technologies in May 2020.

“Most types of biosensors predominantly use PDMS because of its soft mechanics, and its silicon dioxide silane group enables us to covalently bond it with the electronics,” explains Matthew Brown, the study’s lead author and a PhD candidate at Binghamton’s Koh Laboratory, situated in the Watson School of Engineering and Applied Science.

“However, a limitation of these biosensors is that sweat can’t diffuse through their impenetrable substrates. In long-term monitoring applications, sweat can build up underneath a biosensor on the skin, causing inflammation and irritation, and leading to inaccuracies.

“What we tried to do was create a permeable nanofibrous elastomer for these kinds of applications, where sweat can readily diffuse through the overall device.”

Led by assistant professor Ahyeon Koh (from whom the lab takes its name), the study entailed using a process called electrospinning that applies a very high-voltage electric force to a polymeric solution, elongating the polymer and spinning it like spider silk into a nanofibrous structure similar to that of the extracellular matrix of human tissue.

In this study, the goal was to recreate the properties of collagen, which strengthens tissues and makes them flexible, and elastin, which allows stretched tissue to ‘bounce back’ to its original shape and form.

In other words, the electrospinning process gives the PDMS – already similar in its mechanics to human skin – yet more skin-like properties. This synthetic ‘electronic extracellular matrix’ (e-ECM) also has the permeability that allows biofluids like sweat to evaporate through it.

“With this technology, we can control the fibre diameter and structure of the porous membrane, and that gives us more ability to adhere [a device] to the skin without any adhesive to support it,” says Koh.

Biocompatibility of PDMS in biomedical devices

Conversely, the PDMS film “established an environment for the cells to undergo necrosis”.

The team also carried out electrocardiogram (ECG) testing in a human subject, comparing the signal responses and performance of a synthetic e-ECM device with commercial ECG surface electrodes, with the aim of demonstrating that the mesh material’s permeability yields superior results in high-intensity exercise conditions.

The participant had the traditional ECG electrodes applied to the skin, by way of a PDMS film device, alongside the e-ECM. Both were secured with medical tape and ECG signals were recorded.

The participant then undertook high-intensity, vigorous exercise for 20 minutes on a bicycle, while hooked up to both devices. ECG signals were then recorded after the exercise period.

The results were an impressive demonstration of the superiority of e-ECM devices over traditional PDMS films.

Throughout the exercise period, they “remained conformally laminated to the subject’s skin” and the waveform signal produced after exercise was comparable to that recorded prior to exercise, even showing a slight increase in signal to noise ratio.

“We assume the signal increase after exercising was due to increased conformality and sweat evaporation through the fibrous e-ECM device, allowing for a more conformal skin to electrode interface than prior to the experiment,” notes the paper.

By contrast, the PDMS film electrodes were not capable of remaining laminated on the skin during exercise and presented a significant decrease in the signal to noise ratio after sweating. The wave forms were “almost unidentifiable”.

The Binghamton team’s study offers a snapshot of how electrospun PDMS could be developed to advance bioelectronics, with promising potential for applications in medicine and health.

The permeable structure of the material allows biofluids, gases and small molecules to pass through, so it could be successfully integrated not just with skin, but with other biological tissue too – like neural and cardiac tissue – where, importantly, it could be used to limit inflammation and promote healing.

“We believe the fibrous architecture of the PDMS will create a more hospitable environment for cells to integrate, and with soft bioelectronics on that fibrous PDMS, we can get better accuracy and performance in our electronic measurements in-vitro, with cardiac tissue specifically.”

However, more work is needed before these visions can become reality, as Koh points out. “For real-life applications, we need to solve other problems: not only integrating cells and growing them on top of electronics, but also making the electronics capable of functioning wirelessly, on top of or inside the body,” she says.

“Researchers in this area are working on those kinds of interactions, so we hope we will see that milestone very soon.”

In addition – and building on the experimental testing Brown, Koh and colleagues conducted on e-ECMs under high-intensity, vigorous sweating conditions – work is under way to incorporate the new platform into biosensors for athlete monitoring systems.

Notwithstanding Brown and Koh’s modesty, their work could pave the way for exciting research and developments in the field of wearable biosensors and implantable bioelectronics.

MedtecLIVE with T4M: leading springtime event for medical technology sector to alternate between Stuttgart and Nuremberg