Innovation in minimally invasive medical devices occurs on a daily basis, but it is the increased lubricity from PEEK engineered surface tubing – with its potential implications for minimising patient trauma – that is making headlines across the industry. Zeus’s Tara McCutchen looks at why doctors, hospitals and testing labs are turning to this alliance of strength and lubricity for advanced medical applications. 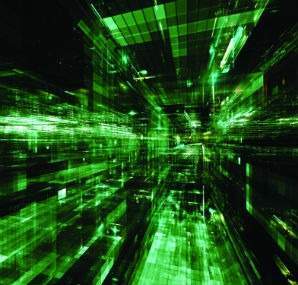 Extruded polymer tubing has been used for cutting-edge medical devices and applications for more than 50 years. The first percutaneous transluminal angioplasty was performed in 1964 on a blocked artery in the leg of an 82-year-old woman. Since then, there has been a paradigm shift in patient treatment – an evolution from surgery-based procedures to minimally invasive, catheter-based treatment and associated medical device design.

Minimally invasive surgery was in full swing by the 1980s, and some of today’s more commonly used polymers began to surface as critical componentry in medical device technology. Techniques such as angioplasty drove the need for tubing with small diameters, thin walls, tight tolerances, lubricity, flexibility, biocompatibility, high tensile strength and a number of other characteristics.

However, extrusion advancements in the world of minimally invasive medical devices and procedure-based innovation are occurring on a daily basis.

"PEEK is the strongest material we extrude and it has some natural lubricity, but not as much as fluoropolymers."

Scientists have recently engineered a process to enhance the lubricity on the inner diameter (ID) or outer diameter (OD) surfaces – or both – of a complete range of polymers, including FEP, polyether ether ketone (PEEK), perfluoroalkoxy (PFA), polyvinylidene fluoride (PVDF), ethylene tetrafluoroethylene (ETFE) and nylon.

However, the increased lubricity from PEEK engineered surface tubing – with its potential implications for minimising patient trauma – is what is making headlines across the industry, with doctors, hospitals and testing labs welcoming the combination of strength plus lubricity for advanced medical applications.

Taking a cue from Mother Nature, experts found inspiration in something as simple as the lotus leaf when contemplating how to improve the lubricity of their high-performance PEEK polymer.

Irina Roof, staff material scientist at Zeus, compares the surface alterations of PEEK surface engineered tubing to that of natural protrusions found on lotus and water lilies that allow water to bead instead of wetting the leaves.

"We started by thinking about what it would take to make a hydrophobic surface more hydrophilic or vice versa," states Roof. "PEEK is the strongest material we currently extrude and it has some natural lubricity, but not as much as fluoropolymers. So we set out to alter the surface of PEEK to make its lubricity closer to that of fluoropolymers. Our goal from the beginning was strength plus lubricity."

No additives or fillers

This lubricity exists in a one-component system without the addition of additives or fillers, which could require additional FDA approval and potentially compromise product consistency due to variability downstream. Instead, Roof was able to maintain product purity by engineering the surface of the PEEK tube, enhancing its lubricity, therefore decreasing the coefficient of friction- a measurable value describing lubricity.

Indeed, a recent independent study confirmed a 14% decrease in the coefficient of friction for the PEEK engineered surface samples versus a PEEK control sample, although it should be noted that the repeatability of tests on the same material will depend upon material homogeneity, machine and material interaction.

It is important to keep in mind that friction is a system property. Therefore, comparing this data to data obtained from other sources should be done with caution. Per ASTM G115, friction coefficients of material couples obtained on one type of test apparatus may be significantly different from coefficients of the same material couples tested on a different apparatus.

"Engineered surface PEEK tubing simply uses enhanced PEEK properties and is therefore ideal for use in introducers and other minimally invasive delivery devices."

Decreased drag due to increased lubricity

While extruded PEEK tubing is smooth, the surface engineered PEEK tube resembles a gear with surface alterations on the ID or OD, depending on where lubricity is needed. While there is no standardised measurement for a reduction in drag force, Roof notes that Zeus customers have reported a tremendous decrease in drag force with the PEEK engineered surface tubing.

"Just for a visual, imagine a guide wire that has to get from your leg to your heart," says Roof. "Typically, the more a doctor pushes the wire through the blood vessels to a particular organ, the more drag accumulates."

The increased drag can potentially mean more trauma to the patient, resulting in longer procedure and recovery times. The combined lubricity and strength of PEEK surface engineered tubing offers medical professionals the pushability of PEEK with the lubricity of a fluoropolymer, theoretically translating to a more easily manoeuvrable device.

How the technology is being used

Dystonia, a neurological movement disorder, primarily related to Parkinson’s, causes a person’s muscles to contract and involuntarily spasm. Sheaths deliver silicone-covered lead wires into the brain for neurostimulation as a treatment. However, the silicone wires are tacky, requiring a very slick sheath.

Due to gamma sterilisation requirements, the sheaths can’t be made of PTFE. Engineered surface technology, with highly lubricious surfaces, make treatment delivery for diseases such as dystonia easier for surgeons and safer for patients.

Needle sheathing is another area where PEEK engineered surface tubing is garnering attention. Needle biopsy and laparoscopy require the high tensile strength of PEEK coupled with the flexibility and lubricity delivered by surface engineering technology.

Another emerging application of the technology falls under neuromodulation and renal denervation. Whether deploying neuromodulators into the spine or brain for the treatment of diseases such as Parkinson’s or delivering electrical stimulation to the renal arteries through a guided catheter to reduce hypertension, engineered surface technology decreases the friction and strain vital in complex procedures.

"The next step," Roof explains, "is for our customers to take these surface engineered components into their environments for testing. After that, the possibilities are endless."

"The next step is for our customers to take these surface engineered components into their environments for testing."

Roof notes the tubing is already gaining traction in the fibre-optic and wire and cable industries, as manufacturers use sheathing to protect their delicate products. The technology allows fibre or wire products to be pushed easily down long lengths of sheathing, giving the industry the tools needed to create future solutions.

The same technology can also be applied to fluoropolymers, decreasing the coefficient of friction on what is already one of the most lubricious substances known to man.

In today’s cost-competitive medical market, material selection and process design are critical to the viability of new product developments. Many of today’s polymers offer the necessary mechanical performance at a range of price points, but lack other key attributes such as lubricity or the ability to be gamma sterilised.

PEEK tubing is a high-performance engineered polymer with amazing strength and heat resistant properties. The material is very rigid with excellent lubricity and purity properties. The polymer’s inherent purity, chemical resistance and lubricity make it an ideal choice for analytical and life sciences applications. PEEK is not greatly resistant to UV radiation but has good resistance to beta and X-rays, as well as exceptional resistance to gamma rays (more than 1,000Mrad without significant loss in mechanical properties. These properties allow for ease of sterilisation and, coupled with good biocompatibility (USP class VI), PEEK is an excellent candidate for numerous medical applications.

PEEK products include various configurations of tubing, monofilament, special profile, drawn fibre, multi-lumen, lay-flat, and sub-light-wall, and can be optimised to include to flaring, flanging, pad printing, and a host of other operations. Aside from PEEK engineered surface technology, the newest product to debut is PEEKShrink, a heat-shrink product with all of the unsurpassed properties of PEEK. It is designed to form a highly protective, shrink-to-fit shield against extreme temperatures, abrasion, high pressure, caustic fluids and dielectric interference.