A far cry from alien weaponry, ultra-fast lasers could soon be making their mark in medical device production. Trystan Kent talks to Martin Sharp, head of photonics and engineering at Liverpool John Moores University, about how the technology might be used to make the cleanest cuts in the business. 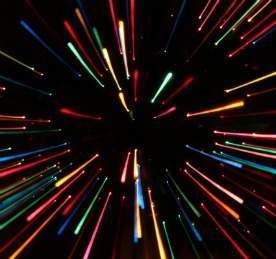 HG Wells likened the horrific effect of the Martian’s death-ray in 1898’s War of the Worlds to "an intensely heated finger drawn through the heather". Theodore Maiman would make this "ghost of a beam of light… so powerful as to ignite flashes of actual flame" reality 62 years later at the Hughes Research Lab in California when he used a ruby to produce a red ray of amplified photons.

Lasers were immediately and enthusiastically embraced across the media, from the guns in Star Trek and increasingly elaborate ways to make James Bond squirm, to excitable coverage of Ronald Reagan’s infamous Star Wars initiative, and are still a pop-culture synonym for futuristic weaponry.

Away from sci-fi, the latest headline in the laser story is that an ultra-fast version might be about to have a big impact on medical device production, where it has the potential to make the cleanest, and most efficient cuts ever achieved.

While there are various methods of producing beams, the general principle involves the stimulated release of photons. A gain medium – something solid, like Maiman’s ruby, or a gas, such as carbon dioxide – is pumped with light, causing its atoms first to become excited, then try to regain stability by releasing the energy they’ve absorbed as photons.

"Anyone looking to improve surfaces, or to precision-cut materials, should be asking their laser people to make sure that they’re not missing enhanced performance."

If an already-excited atom is hit by another photon, it is likely to release a photon in the same direction, creating two light bundles, travelling the same way. Encouraging certain axes of travel (back-and-forth between two mirrors, for example) enables the process to be amplified, resulting in an intense beam of light.Methods such as ‘mode-locking’ stimulate clusters of photons, or pulses, which can be partially released at regular intervals, creating an intermittent, rather than continuous, beam.

Various factors can be controlled: the energy of the pulses (roughly equating to the capability of the laser), the repetition rate of their release, and their length (in time).

The latter variable equates most directly to the quality of the finish, or how ‘clean’ a cut is produced.

When tiny points of material are brought up to temperatures hotter than the surface of the sun, brevity of exposure is crucial, and this is where the ultra-fast laser makes its mark.

Lasers have long been capable of ablations with spot-sizes of just tens of microns in diameter, but have tended to leave behind undesirable thermal effects surrounding the cut in the processed material.

Ultra-fast techniques transcend this shortcoming: the high power and extreme brevity of pulses of powerful picosecond lasers enable them to remove material extremely precisely, incurring virtually no thermal effects on the remaining structure. The effect is like using a cold beam, with no heat generated in the cut material.

The head of photonics and engineering at Liverpool John Moores University, Dr Martin Sharp, has long experience in developing laser technology for industrial applications, including medicine.

"Lasers have played a role in medical device manufacture for many years," he reveals. "This is partly due to the scale and accuracy they achieve. The classic example is the stent."

Stents – intricate, mesh-like devices used to create various passages within the body – were first successfully implanted in 1986, having been made possible by the precision offered by conventional lasers.

"The development of the stent started with quite low-powered, pulsed lasers, which were precise and capable of a reasonable finish, but quite slow," continues Sharp.

In the following decade, the fibre laser, with its high peak power, nanosecond pulses and relatively low running cost, came to dominate the market, becoming the standard option for stent production.

However, even stainless steel surfaces proved to be susceptible to changes and distortions in the surrounding area of the cut (the so-called ‘heat affected zones’ [HAZ]) and these problems were even more pronounced with other materials, such as metal polymer.

"Ultra-fast lasers cut metal polymers with much less, if any, HAZ," says Sharp. "The increase in average power available from the ultra-fast laser means that productivity has reached the point where they can be seriously considered [by a stent manufacturer], and they give a higher quality cut finish, too."

From a manufacturing perspective, the advantage of the ultra-fast laser is reduced post-processing. Laser cutting is only one of many stages in making stents, and treating HAZ represents a serious investment. Reducing this cost would, naturally, be tempting. Due to the high capital cost of the ultra-fast laser, however, there has been little incentive within medical device industries to adopt the new technology, as it might require the re-qualification of entire production processes with regulations.

"As always, the cost per watt of laser means that the ultra-fast lasers will be more expensive," says Sharp. "So you buy that process improvement at a price, and if that calculation doesn’t work out, you may as well continue using your existing laser-based process with significant post-processing, but, at some tipping point, the ultra-fast laser should offer significant benefits."

That point may well arrive within the next few years. As the benefits offered by the new technology cause it to become more widespread, the consequent reduction in cost will eventually remove any incentive for manufacturers to hang onto existing methods.
"In five to ten years, using picosecond ultra-fast lasers for many jobs we do today will be the norm," Sharp predicts.

"The increase in average power available from the ultra-fast laser means that productivity has reached the point where they can be seriously considered by stent manufacturers."

In the meantime, however, ultra-fast lasers’ potential will continue to be studied, particularly the ‘higher average powers’ that will increase ablation capabilities.

While not every line of enquiry will have obvious practical relevance to medical devices, no progress will be overlooked.

"We’ve shown how certain textured surfaces achieved different behaviour between two different types of cells, and this would apply to cardiovascular stents," Sharp reveals. "The problem with these devices is the growth of smooth muscle cells through the stent into the artery.

"This can be suppressed by drugs, but these can cause healing problems. One of the holy grails is to get nondrug-based cell differentiation, so texturing surfaces may have an impact. Then we get to things like roughening implants, like hip joints, to help bone cell in-growth… a lot of work remains to be done."

Such endeavour would involve a micron-scale roughening of the surface of metals, and ultra-fast lasers’ minimal impact on surface metallurgy offers a real advantage.

"Anyone looking to improve surfaces, or to precision-cut materials, should be asking their laser people to make sure that they’re not missing enhanced performance," concludes Sharp.

Medical device manufacturers everywhere could soon adopt the cleanest lasers to date. If the villains of screen and print follow suit, the next alien invasion ought to be a fair bit tidier.