Nine Breakthrough Device designations granted by the FDA in October 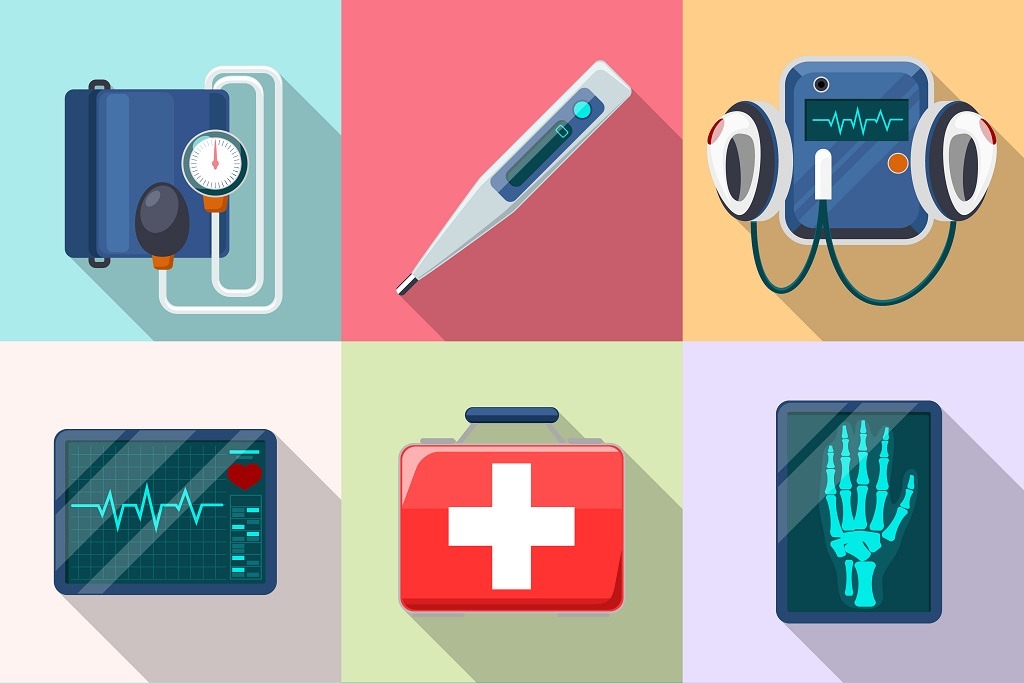 Much of the medical world is currently pre-occupied with Covid-19 in some capacity, but the FDA continues to give Breakthrough Device designations to companies bringing life-saving technology into the market to address other diseases too.

Of course, some of these breakthroughs have been made in the pursuit of testing, treating and protecting against the SARS-CoV-2 virus – but others this month include therapy for Parkinson’s Disease and headgear that could reverse Alzheimer’s disease.

The FDA launched its Breakthrough Device Program in 2018 for products that have the potential to offer more effective diagnosis or treatment of life-threatening diseases with an unmet medical need.

Although the designation can help companies to secure the all-important funding needed to commercialise their technology, not all companies want to disclose when they receive it.

With that in mind, here we look at nine of the most interesting designations made public in the past month.

Nine Breakthrough Device designations granted by the FDA in October:

SetPoint announced it had been granted a Breakthrough Device designation from the FDA on October 6 for its implantable bioelectronic device, which is little bigger than a coffee bean.

The device stimulates the vagus nerve – a part of the parasympathetic nervous system that helps the body to mount an immune response – with electrical pulses to activate the endogenous inflammatory reflex, thereby reducing the inflammation caused by Rheumatoid Arthritis.

Potential approval of the device is a few years out, with the firm moving onto clinical studies after obtaining an investigational device exemption (IDE) from the FDA in May 2020.

Israel-based CartiHeal revealed its own Breakthrough Device designation on October 12 amid an an ongoing multi-site IDE study.

The study, which includes 251 subjects enrolled in 26 sites in the US, Europe and Israel, is being conducted to validate the use of its Agili-C implant to treat lesions in the cartilage.

The device is constructed using materials obtained from sea coral and already has CE certification, meaning it’s already being commercialised in Europe.

The FDA will review the results upon conclusion, and if granted approval for the commercial sale of its implant, CartiHeal will be absorbed into majority investor Bioventus based on a prior agreement.

An award was given on October 13 for miR scientifc’s Sentinelä Prostate Test – a new method to analyse small non-coding RNAs derived from a simple, non-invasive urine specimen from age-eligible men.

Using only the expression level of these sncRNAs, a proprietary algorithm derives scores that classify patients according to the likelihood of being in the following four possible groups: no molecular evidence of prostate cancer; low-risk; intermediate-risk; or high-risk prostate cancer.

The FDA granted the designation on the basis that the specificity and sensitivity (both 95%), as well as the predictive nature of the test may significantly reduce mortality and decrease the number of hospitalisations, physician visits and reduce recovery time.

Virtual reality (VR) headsets are more likely to be found in the entertainment industry, but AppliedVR was recognised on October 21 with a Breakthrough Device designation for its VR-based digital therapeutic technique to ease chronic pain.

Codenamed EaseVRx, the technology immerses users in experiences ranging from swimming with dolphins to having snowball fights in an effort to both distract them from pain and teach them to manage it better.

Participants using EaseVRx in a randomised control study reported 30% less pain intensity, among other benefits related to managing their pain outside of the VR experience.

Nelli – a tool for monitoring and analysing seizures – was branded a Breakthrough Device by the FDA on October 21.

Created by Neuro Event Labs, the device automates the identification of seizure events using video, audio and sophisticated AI algorithms, even when patients are sleeping.

By giving doctors and patients insight into their seizure frequency and intensity, both can work to implement a treatment plan tailored for them specifically.

The company is currently enrolling patients for a trial in the US to support its 510(k) application – a premarket submission made to the FDA to demonstrate that the device to be marketed is safe and effective.

Cala Health won a Breakthrough Device designation for its wrist-worn device made to reduce the occurrence of action tremors – involuntary shaking during an activity – in the hands of patients suffering from the neurological disorder essential tremor.

Received on October 22, the designation was given on the basis that the company’s Cala Trio bracelet – which gently stimulates the nerves in wrist to disrupt the tremulous activity in the brain – could benefit those suffering from action tremors resulting from Parkinson’s disease.

Published data suggests that levodopa, the primary treatment for motor symptoms of Parkinson’s disease, is not usually effective in treating this type of tremor, which can negatively affect performing daily tasks like eating and writing.

Current treatment for Alzheimer’s disease includes a range of drugs used to treat symptoms, but nothing that could address the root of the condition and potentially reverse it.

NeuroEM Therapeutics was granted a Breakthrough Device designation on October 28 because its technology holds promise for reversing the memory loss associated with the disorder.

In a process called Transcranial Electromagnetic Treatment, the company’s MemorEM device covers the head with a strap around the chin and emits electromagnetic waves that break up small aggregates of toxic proteins thought to be the cause of the disease.

In a small pilot study, seven out of eight participants gained back 12 months of memory lost due to Alzheimer’s, and NeuroEM is now preparing for a 12-month clinical trial to support its application for FDA approval to treat the condition.

Genetron Health won a Breakthrough Device designation on October 1 for its new test aimed at early detection for hepatocellular carcinoma – the most common form of liver disease.

The condition currently has no treatment once it reaches the advanced stage, so the FDA granted the designation on the basis that early detection was an unmet need.

Preliminary data from 297 patients at one centre demonstrated over 92% sensitivity and 93% specificity, compared to 67% and 99%, respectively in the ultrasound plus ultrasound plus alpha-fetoprotein test commonly used to diagnose hepatocellular carcinoma.

The company expects to announce the full data set from all 2,000 patients in the first half of 2021.

Biodegradable materials developed in medicine to overcome the surgical need to remove hardware once bones had healed.

Syntellix AG received a Breakthrough Device designation on October 30 for its  MAGNEZIX CS 3.2 magnesium alloy screw that degrades over time, negating the necessity of removal once a patient has healed.

In recent peer-reviewed medical-scientific publications concerning various clinical applications, MAGNEZIX implants have been rated as being advantageous or even clinically superior to conventional titanium implants.