With the health and wellbeing of athletes now considered paramount in the world of sport, new medical technologies may be able to meet these emerging needs 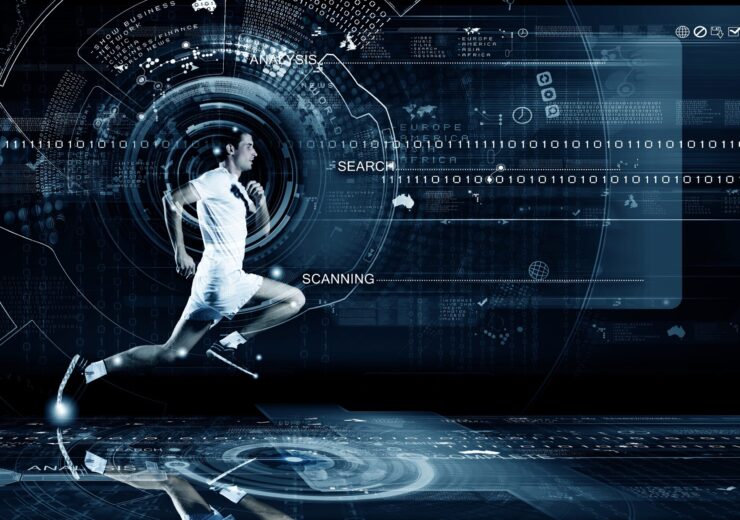 New technologies are often heralded for their ability to boost athletes' performances, but they can also be used to prevent injury, maintain fitness and improve recovery (Credit: Sergey Nivens/Shutterstock)

Medical technologies have a role to play across many aspects of an athlete’s routine – from anticipating and preventing sport-related injuries, to monitoring fitness and improving recovery following a training session or competitive outing.

Throughout the 21st century in particular, an exponential growth in the knowledge of sports science held by coaches, trainers and analysts has led to the health and wellbeing of professional sportspeople becoming increasingly protected – as seen with the ongoing debate surrounding concussion protocols, and links between heading the ball and dementia, in soccer.

The rise of AI, automation, and a host of other technological breakthroughs over the same period, have led to all sorts of new innovations being introduced to help optimise performance, maintain fitness and prolong athletes’ careers.

We take a look at a handful of these innovations – all of which have roots in the medtech industry, but are now enabling never-before-seen capabilities in the sporting world.

How are new medical technologies disrupting the world of sport?

Imaging phantoms, which are objects used as stand-ins for human tissues, organs or other body parts while checking that imaging systems are operating correctly, are well-established in the medical industry.

Digital twins, however, are a more recent innovation when it comes to simulating processes without using a living, human subject – and open up an even wider range of possibilities in sport.

They essentially involve building up a virtual model of something – for example, an athlete’s body – and feeding information into this model to simulate the impact a range of different factors are likely to have on it.

In theory, this can be done on a trial-and-error basis prior to an athlete or sports team actually being subjected to these factors, allowing coaches and analysts to estimate how certain lifestyle changes, training programmes or fitness regimes may affect the athlete’s health – as well as their performance.

In a blog post published in November 2020, Athletics Australia’s Craig Pickering also suggested that, when it comes to manufacturing a prosthetic for a Paralympian, deploying a digital replica in this way could allow different components and dimensions to be tested virtually, and adjusted, before the final part is produced.

Despite these fledgling possibilities, the sheer amount of information required to create an accurate, personalised digital twin for an individual means that it may be some time before we see these uses in mainstream sports.

However, more generalised applications of these virtual replicas are already emerging in the sporting world, with the NFL (National Football League) in the US partnering with Amazon Web Services last year to model how changes to game rules, equipment and rehabilitation strategies may affect the risk of players getting injured during the season.

As well as potentially preventing injury and preserving the health of athletes, simulations involving digital twins have their competitive uses too – as performance analysts could use data on opposition teams or players to run near-endless possibilities, and test how different tactics may play out prior to a big match.

At this point in time, wearable technologies are certainly not as much of a novel, far-off concept as digital twins. Smartwatches, smart hearing aids and even smart rings are all available commercially, and can monitor a range of health indicators.

But, when it comes to the sporting world, it’s even more integral that the wearables used to monitor athletes are smaller, lighter, more comfortable and as discreet as possible and, on top of this, they also need to be more durable, more reliable, and produce more accurate readings than their mainstream counterparts.

An example of one of these more specialised, sports-optimised devices is the Catapult Playr – a FIFA-authorised smart vest made by Australian firm Catapult Sports, which allows a soccer player’s fitness and vital signs to be monitored during a match, or a training session.

In fact, subtle sensors have been placed in numerous pieces of sporting equipment including sweatbands, headbands, swimming goggles, and even everyday items of clothing – as seen with the Sensoria smart socks, and StretchSense’s motion capture gloves.

These sensors can then connect to a mobile phone app and deliver information on things like speed, distance covered and calories burned.

Emerging technologies and applications have also shown they hold the potential to provide athletes and their coaches with even more valuable biometrics, including heart rate, metabolism, workload and core temperature – which may, in turn, be used to detect exhaustion and anticipate the likelihood of future injuries.

Canadian basketball team Toronto Raptors and NFL team Florida State Seminoles are among the North American sports outfits that have trialled wearable technologies in recent years, with both managing to successfully reduce soft tissue injuries like sprains, pulled muscles, and damaged ligaments or tendons, as a result.

Impact-monitoring stickers attached to athletes’ bodies are another example of wearables used to pinpoint signs of over-exertion that may lead to these soft tissue injuries occurring – and can even flag-up signs of potential concussion or trauma from physical impacts, which are otherwise difficult to detect.

Wearables have even started to penetrate the psychological side of sports coaching too, with soccer manager Louis Van Gaal deploying the Oculus Rift headset and Google Glass technology in the lead up to the 2014 World Cup, allowing his Netherlands side to experience games from other players’ perspectives.

Sleep monitoring is another area that has already disrupted more mainstream markets, with wearable devices playing a key role in tracking sleep quality, sleep cycles and breathing during the night.

In the sports industry, however, quality of sleep is arguably even more critical than it is for the average citizen – due to its role in performance, recovery and injury prevention – so precision and reliability in sports-dedicated sleep monitoring devices are once again paramount.

The centrality of sleep to an individual’s overall health cannot be ignored, and while there are currently little-to-no guidelines or recommendations for the best practice regarding sleep monitoring in athletes, there are a range of different, readily-available methods for doing so.

Polysomnography (PSG) is a gold standard, established approach, and is often used in diagnosing sleeping disorders, while a range of commercial monitoring devices – from wearables to bedside devices – can be used to take more basic readings and connect to a smartphone app to build up a general picture of the user’s sleep.

A 2019 report published in online journal BMJ Open Sport & Exercise Medicine by University of São Paulo researchers stated that actigraphy – an alternative to both of these options that involves recording motion and light to determine sleeping and waking patterns during the night – should be used to measure sleep efficiency, and therefore monitor sleep quality, in team sport athletes.

There are currently relatively few sleep monitoring technologies that are specifically designed for use by athletes, but one example is the Emfit QS, which uses biosensors housed in a thin strip placed under the user’s mattress to offer autonomous sleep tracking via ballistocardiography.

Similarly, companies like Fusion Sport and Lumin Sports, which are based in the US and Australia respectively, have developed athlete management systems (AMS) that are used by many professional sports teams and can integrate detailed sleep data from third party sensors or devices.

Alongside injury prevention and maintaining good fitness levels in sports, another area being disrupted by novel technologies is recovery.

One particular approach that has benefitted from new innovations in the past few years is percussive therapy – which involves using a massage gun to deliver strong vibrations into muscle tissue, stimulating blood flow, and ultimately relieving soreness and helping with injury recovery.

These massage guns pound a particular part of the body at about 40 beats per second, and generally only need to be used for two minutes, at most, to have a noticeable effect on muscular pain.

While some budget versions of these products are available for less than $100, the more high-end models, which are likely to be the ones professional sports teams and athletes will opt for, cost several times this figure per unit.

California-based firm Therabody’s TheraGun is currently the most recognisable of these brands – and its co-founder, Dr Jason Wersland, is credited with creating the first massage gun for percussive therapy to aid his recovery from a motorcycle accident in 2008.

In an interview with GQ earlier this year, Wersland claimed TheraGun devices are now used by a host of professional sportspeople including footballers, cricketers and rugby players – and many US NBA (National Basketball Association) teams can even be seen using it courtside before and after matches too.

In recent years, Therabody has also started to roll out smart-enabled versions of its massage guns, meaning they can connect to a mobile phone app, and offer a range of insights and tips on the user’s recovery routine.