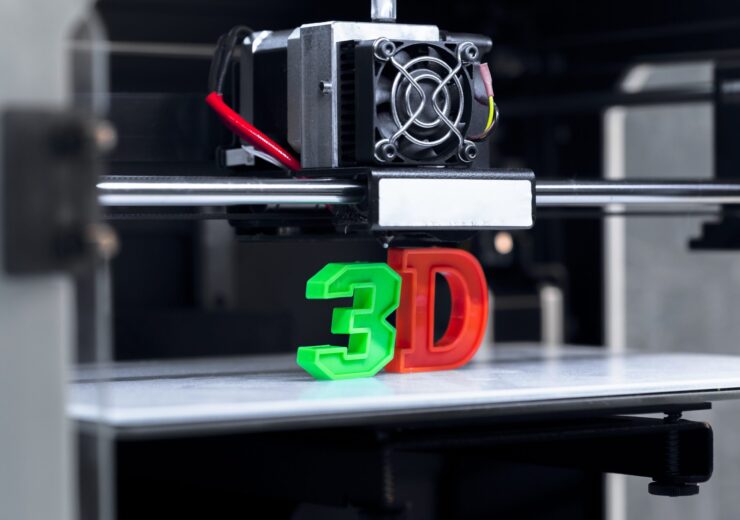 The applications of additive manufacturing - more commonly known as 3D printing - in the medtech industry are growing all the time (Credit: FabrikaSimf/Shutterstock)

Having started out as a gimmicky technology that allowed people to print random items in their home, 3D printing – or ‘additive manufacturing’ – is now rapidly becoming one of the most talked about production innovations across the medical sector – as well as a number of other industries.

Its capabilities in prototyping have seen it deployed increasingly to make patient-specific prosthetic limbs and orthopaedic implants, and, in an effort to plug gaps in traditional supply chains, face masks, testing kit swabs and ventilator components have all been 3D printed throughout the Covid-19 crisis.

And, even with many use cases already established at the beginning of 2020, researchers the world over have not stood still in their efforts to explore every potential benefit that additive manufacturing could hold in the medtech arena.

We take a look at five of the most significant 3D printing breakthroughs – relating to the medtech industry – observed so far this year.

In January 2020, researchers from the University of Sheffield in the UK announced they had manufactured 3D-printed parts capable of killing common bacteria.

This was achieved by adding a silver-based antibacterial compound at the manufacturing stage – and the research team stated it could help save the lives of vulnerable patients in hospitals and care homes by preventing the spread of infections like MRSA.

Their research showed the compound can be successfully incorporated into existing 3D printing materials “without any negative influence on processability or part strength”, and, under the right conditions, the resultant parts demonstrate antibacterial properties without being toxic to human cells.

According to the university, this novel process has the potential to be used in the development of medical device products – as well as general parts for hospitals, door handles, children’s toys, dentures, and mobile phones.

While many medical devices are already often coated with antibacterial compounds – or sterilised comprehensively – the level of protection they can provide is limited by things like human error during cleaning procedures, or the coating becoming damaged.

Further work is currently ongoing, with University of Sheffield researchers investigating the full extent of the antibacterial compound’s capabilities in 3D printing.

In April – when the number of global coronavirus-related deaths was still being measured in hundreds of thousands, rather than millions – American additive manufacturing firm Markforged announced its 3D-printed nasopharyngeal swab for use in Covid-19 diagnostic testing.

The company partnered with US biotech firm Neurophotometrics to begin producing 10,000 of its Fiberflex Rayon swabs each day.

It claimed the swabs take just minutes to make and, in testing, had detected the SARS-CoV-2 virus in patients more successfully than commercial swabs – which reported a greater number of false negatives.

The design of Markforged’s swab combines a 3D-printed nylon base with a wrapped rayon tip to gather viral specimens, making it flexible enough to enter the nasal cavity and strong enough to withstand a certain amount of pressure without breaking while being used to collect a sample.

At the time, Markforged founder and CEO Greg Mark said production of the Fiberflex Rayon was in response to “massive shortages” of nasal swabs.

In June, mechanical engineers and computer scientists at the University of Minnesota made a discovery that allowed sensors to be 3D-printed directly on to moving human organs.

Thanks to motion capture technologies similar to the ones used to create special effects in many modern movies, the team was able to print electronic, hydrogel-based sensors on organs like lungs that are constantly contracting and expanding.

The new 3D printing technique could have applications in diagnosing and monitoring the lungs of patients with Covid-19, and may also be used to print sensors directly on a pumping heart in the future.

The research – which was supported by US medical device heavyweight Medtronic – originally involved using a balloon-like surface inside a lab to test the tracking technology, before moving on to an artificially-inflated animal lung.

The team described the discovery as a “big step forward” in combining 3D printing technology with surgical robots.

The 3D-printed product was also made available via a completely remote process that can be initiated online – which the company says broadens access to customised, patient-specific devices like this for the first time.

As well as TrueLimb costing up to 80% less than traditional prosthetics, it means amputees and people with limb differences can obtain a robotic arm – and a corresponding socket – more quickly from a single manufacturer.

Following the launch of TrueLimb, Unlimited Tomorrow founder and CEO Easton LaChappelle said: “We’ve been working on this product and process for more than six years, and I’m so happy to release this to the world to provide a tailored, affordable, and accessible solution.”

With varying Covid-19-related lockdown restrictions in place across the world, the fact these devices can be personalised and ordered via a fully online process may also prove to be even more beneficial throughout the remainder of 2020, and beyond.

The company described it as the world’s first, and only, micro-precision 3D printer specifically designed to meet the needs of short-run industrial production – combining a larger build volume, faster printing speeds and advanced materials with ultra-high resolution, accuracy and precision.

The microArch S240 is based around BMF’s patented Projection Micro Stereolithography technology – a technique that allows an entire layer of liquid polymer to be 3D printed rapidly using a flash of ultraviolet light.

BMF claims this technique is ideal for end-part and prototyping production methods across a wide range of industries – including medical device manufacturing, microfluidics, MEMS (microelectromechanical systems), biotechnology and pharmaceuticals.

By enabling print speeds up to ten times faster than those achieved using other technologies, the microArch S240 means the production of bigger parts – or a higher throughput of smaller parts – is possible, while maintaining a resolution of 10 micrometres.