In 2020 so far there has been continued medical device investments across many areas of healthcare, despite the current coronavirus pandemic 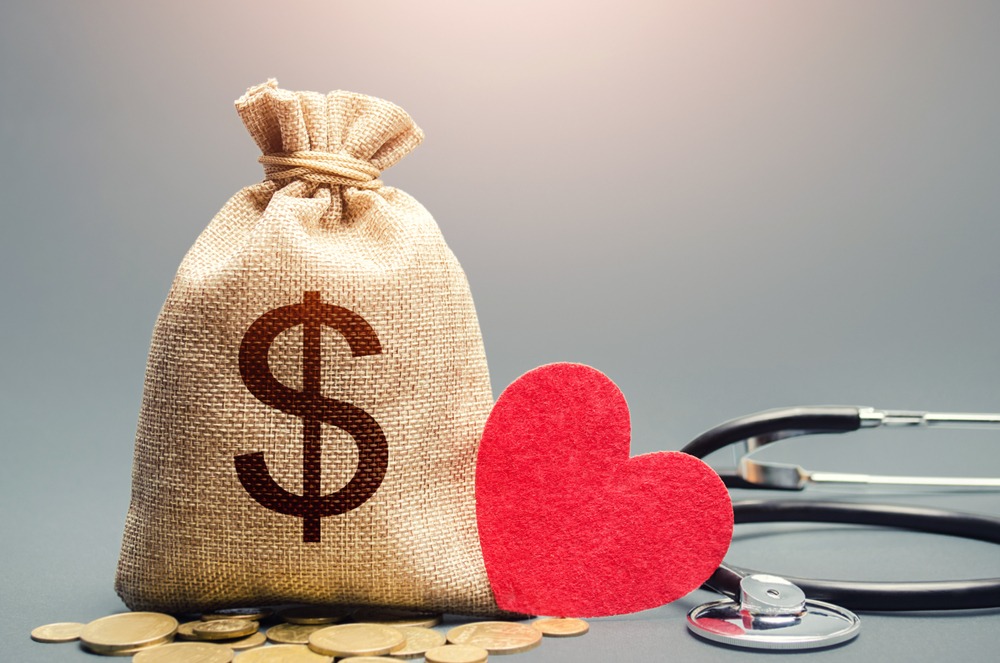 The year 2020 has brought many challenges with it, the biggest of which has been the Covid-19 pandemic – but medical device companies have continued to vie for the vital investments needed to get their technologies off the ground.

Hospitals have had to split their capacity between dealing with patients afflicted by the SARS-CoV-2 virus that causes the disease and managing other conditions.

Meanwhile, medical device manufacturers have been hard at work developing technologies not only to help confront the disease, but to better manage the other conditions that have had to take a backseat this year.

From therapeutics for chronic heart failure to valve repair during open heart surgery, here are the seven biggest publicly-announced investments in medical device technology for 2020 so far.

The biggest of the medical device investments seen in 2020 came this summer, when CVRx raised $50m to support commercialisation efforts for its technology that treats patients suffering from chronic heart failure and resistant hypertension – high blood pressure that responds poorly to medication.

Its BAROSTIM NEO device is implanted in a patient’s body much like a pacemaker, with a stimulation lead sutured to the patient’s left or right carotid artery.

A doctor then programs the implantable pulse generator (IPG) within the device based on the patient’s individual requirements, and it delivers electrical impulses to the baroreceptors – blood pressure sensors – on one of the carotid arteries.

This elicits a reflex response through the sympathetic and vagal nervous systems that reduces blood pressure.

The FDA gave CVRx a Breakthrough Device designation in 2019 because it treats a life-threatening disease in patients who fail to get adequate benefits from standard treatments.

The second biggest equity raise seen this year went to HistoSonics – the developer of a non-invasive robotic platform and sonic beam therapy, both sold under the name Edison Platform, used to destroy targeted tissues at sub-cellular levels.

The $40m funding round was announced in June and is being used to accelerate activities focused on the Edison Platform, as well as launch new strategic projects.

In addition to the Series C-1 financing, HistoSonics conducted their first-in-human liver tumour study back in February, in which five patients underwent eight weeks of treatment using the Edison Platform.

Researchers in the study noted volume contraction of the treatment zone averaged 36.0% at one week, 53.6% at one month, and 71.8% at two months, leading to the conclusion that – although further studies are needed – the Edison Platform can reduce tumour size.

Medical device manufacturer Aria CV received $31m in investments as part of a Series B funding round in February 2020.

Founded by Drs. John Scandurra and Karl Vollmers, the company created a device with the potential to reduce the workload on the right side of the heart, a function it believes will reduce blood pressure in Patients with pulmonary arterial hypertension.

In the Aria system, a balloon inserted in the artery opens and closes the artery using gas drawn from a reservoir implanted in a patient’s upper abdominal wall, thereby mimicking the function of a health artery.

Like the BAROSTIM NEO from CVRx, Aria CV’s implanted Pulmonary Hypertension System has a Breakthrough Device accolade from the FDA.

The company started the validation process for its technology in a study involving one participant using the implant for a single hour, but will use the funding to pursue a long-term investigation with 15 to 30 patients as part of the FDA’s Early Feasibility Study Program, the results of which it expects to see by 2021.

Not all investments into medical device companies are about backing the success of a product, as was the case in May this year, when Conventus Orthepaedics received the $24.5m boost to its coffers required for a strategic acquisition.

The company used the funds to buy Flower Orthopedics – a Pennsylvania-based company that sells pre-packaged foot and ankle implants and surgical tools.

What attracted Conventus to the company was its ready-for-surgery instrument kits, which contain all the instruments necessary for an orthopaedic implant procedure, an approach taken to reduce surgical steps and facilitate faster surgery.

Coventus intends to acquire more companies in its goal to become a powerhouse orthopaedic technology supplier to surgeons, hospitals, and ambulatory surgery centres.

Mitral regurgitation, the backward flow of blood across the mitral valve, occurs when the mitral valve leaflets do not close properly and is the third most common cardiovascular disease.

The current procedure to address severe forms of this issue – which can lead to stroke as well as several other risk factors – involves repairing the mitral valve or undergoing a transcatheter aortic valve replacement (TAVR) through open-heart surgery.

CardioMech received $18.5m in investments in August 2020 to bring a new approach and medical device to bear on the problem – a catheter-based repair technology that places artificial chords in the heart without opening the chest, stopping the heart, or going on heart-lung bypass.

According to the company, the market to treat this condition is widely expected to be significantly larger than the TAVR market, currently a $4B market.

The investment will be used to fund the first-in-human feasibility trial for CardioMech’s transfemoral, transseptally delivered mitral valve repair technology.

The device was licensed in 2012 but product development and trialling has been ongoing to validate its use in patients experiencing acute decompensated heart failure.

The device is intended to increase heart contractility on the basis, stated by Cardionomic chief medical officer William T. Abraham, M.D back in 2015, that the primary cause of worsening heart failure is decreased myocardial contractility – a reduction in the heart’s pumping performance.

Cardionomic’s therapy selectively stimulates cardiac nerve branches to increase this pumping power, but enough clinical testing and product development is needed at this point that the company has stated FDA approval is “years away” at this point.

Removing a tumour from the brain is a complex surgical task, and although in-surgery mortality rates for the procedure are incredibly low – sometimes a particularly hard-to-reach tumour will be determined inoperable due to the risk of destroying health tissue.

Monteris Medical received $9m in funding in September this year to further the commercialisation of its MRI-guided brain-tumour removal tool, the NeuroBlate System, across North America.

The system uses the imaging capabilities of an MRI machine alongside an externally-controlled robotic arm equipped with a laser used to ablate – or destroy with heat – tumours with a preciseness the company says cannot always be achieved during standard tumour-removal surgery.

Benefits include avoiding opening up the skull, as the system requires a pencil-width incision to insert the laser tool, and the ability to remove tumours from hard-to-reach areas of the brain.

Back in May 2020, Monteris reached a milestone of the NeuroBlate System being used on 3,000 patients, nearly all of which had epilepsy, gliomas, brain metastases and the removal of necrotic tissue caused by radiation necrosis.