Growth in combination devices has resulted in partnerships between manufacturers, pharmaceutical companies and academia. Andy Förster, EMEA leader of the peripheral intervention clinical division of Cook Medical, speaks to Jim Banks about how the sector can work together to achieve further therapeutic advances in the future. 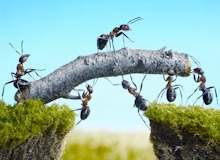 The evolution of combination devices, which comprise two or more regulated components such as a drug and an implant, has revolutionised the treatment of many serious conditions. The use of drug-eluting stents, beads and polymer embolisation microspheres, for example, has become commonplace and represents a rapid phase of development for device manufacturers and drug companies.

Drug-eluting stents are the most common type of combination device, and have come to play a major role in procedures such as percutaneous transluminal coronary angioplasty (PTCA) – also known as balloon angioplasty – where a balloon is expanded to dilate the narrowed segment of an artery. Before combination devices were used, there was a high rate of restenosis – 30-40% – in such procedures, often within the first year of dilation.

"Putting a drug into a stent was a major advance, but a lot of testing still needed to be done."

The use of stents was observed to be more successful than balloon angioplasty, reducing restenosis, and by 1999 stents were used in 84% of percutaneous coronary interventions. Coating stents with drugs and, therefore, using them as a mechanism for delivering medication directly to the artery wall became an effective way of further improving results as it concentrated drugs locally. Their success in limiting the growth of neointimal scar tissue and thereby reducing the likelihood of restenosis, has led to the wider development of drug-eluting stents for application beyond cardiology.

Patients treated with bare metal stents often experience a renarrowing of the arteries over time, as cells grow around the stent to create scar tissue. More than 60% of patients treated in this way are believed to experience some degree of renarrowing, often resulting in the need to repeat the surgical procedure. Drug-eluting stents, made possible by advanced coatings, can prevent this scarring.

The first successful trials featured sirolimus-eluting stents, which led to the approval of the Cypher stent in Europe in 2002 and subsequently in the US in 2003. Trials of paclitaxel-eluting stents led to FDA approval in 2004, since when the Xience V everolimus-eluting stent has become available in both the US and Europe. The past ten years, therefore, have seen tremendous advances in combination devices and, as a result, patient outcomes in many serious conditions have been greatly improved.

Andy Förster, EMEA leader of the Peripheral Intervention Clinical Division of Cook Medical, which makes drug-eluting stents and balloons, notes the significant improvement in the treatment of peripheral artery disease (PAD) due to the technology, having seen the results of his company’s products when used in the femoral artery.

"When we look back a few years, we see that patients only had one option: they would develop pain in their legs, get gangrene and end up unable to walk, so the only option was amputation. Then medical advances were made, but still treatment involved major surgery with a long recovery and a lot of downtime. Then minimally invasive procedures were developed involving the puncturing of the artery, the insertion of a guidewire and then angioplasty to open the vessel so that a blockage could move to the bottom of the leg," explains Förster.

"Often, however, the artery would occlude again, so we needed something that we could leave in, as 30% of cases were still failing. Putting a drug into a stent was a major advance, but a lot of testing still needed to be done and that is why there has been a lot of further development on drug-eluting stents."

Among Cook Medical’s innovations is the first drug-eluting stent for the superficial femoral artery, the Zilver PTX. The technology behind this drug-eluting peripheral stent is a clear example of how research and development of new coatings is still pushing forward the capability of combination devices.

While drug-coated stents have had a remarkable impact on the treatment of heart disease by keeping arteries open for extended periods, both with drug treatments as well as the physical scaffold of the stent, the same technology is only just moving into the area of PAD, although Förster believes it will not be long before it becomes the standard treatment for many cardiovascular patients.

"Not only are patient outcomes better, but in the current economic environment this kind of technology has the advantage of making huge savings."

The Zilver PTX has a coating that incorporates the approved anti-cancer agent Paclitaxel, which is widely used with great success in coronary stents. There is a growing body of evidence to show that this device is a safe and effective way of treating blockages above the knee in the femoropopliteal artery.

The technology is also polymer-free and the coating is hydrophobic, meaning that there is minimal wash-off of the drug component. PTX is lipophilic, too, so it attaches to the lipids in the vessel wall, and is antiproliferative, which means it blocks the cell division that can occur in the vessel trauma and which is sometimes associated with angioplasty.

"Zilver PTX is different because we worked hard to put a drug in the coating that does not irritate the artery," notes Förster. "This is a massive step forward. An idea that started back in the 1990s has become a product that has been on the market for the last three years.

"Not only are patient outcomes better, but in the current economic environment this kind of technology has the advantage of making huge savings possible. Although the initial cost of products with sophisticated coatings may be higher, over three to five years you can save millions of euros because if occlusions happen, they will happen after a much longer period of time."

The Zilver PTX combination therapy has been proven in randomised and single-arm clinical trials. The randomised trial showed it to achieve a 50% reduction in restenosis after two years compared with bare-metal stenting.

Three-year data from a randomised controlled trial of Paclitaxel-eluting stents for femoropopliteal disease indicated that the technology demonstrates 84% freedom from target lesion revascularisation (TLR) compared to angioplasty and bare metal stenting. This compared with 70% for patients treated with optimal percutaneous transluminal angioplasty and bare-metal stents.

Since then, the device has been recognised by the NHS Innovative Technology Adoption Procurement Programme. Since its introduction in 2009, more than 10,000 patients have been treated with Zilver PTX, which is now available in 45 countries. It is currently undergoing FDA review.

Taking the success of the coating further, Cook Medical has developed the first drug-eluting balloon for angioplasty to treat stentotic or occlusive disease in the peripheral vascular system. The Advance 18 PTX was approved for use in Europe in December 2011.

"For a market like the UK, which still has a high rate of amputations, this kind of technology could be very important," says Förster. "We now have a smaller stent that suits the femoral artery, and coated balloons for angioplasty that have no polymers, no excipients and which allow for more drug-to-vessel contact.

"The need for products with these kinds of coating is obvious from the fact they have quickly built up a lot of market share."

Selling the advantages of combination products

The penetration of drug-eluting products into the market, most notably stents, speaks volumes about the effectiveness of combining coatings with medical devices. Yet there is still a long way to go before this technology is accepted as the standard treatment for a wider range of conditions. Beyond the marketing message put out by manufacturers, it is the data from clinical trials that will ultimately bring them to the fore.

"The need for products with these kinds of coating is obvious from the fact they have quickly built up a lot of market share."

"Some people embrace new technologies more easily, but with our stents we have seen that, after three years, 70% of vessels are still open," says Förster. "That kind of data could convince the more conservative people out there of the value of drug-eluting technologies.

"For the moment, we don’t have any plans to develop new products, but some people have spoken about putting these kinds of coating on a filter. The issue is that different arteries and parts of the body react differently."

The immediate future, therefore, is to push the clinical and economic advantages of existing combination products to the market. This will chiefly centre on stents, but there are other drug-eluting technologies out there that demand just as much attention, and which are equally the focus of ongoing research that will no doubt greatly improve their effectiveness.

One example is drug-eluting beads, which have been trialled in patients with conditions such as hepatic colorectal metastases. In this area, an FDA-approved trial is underway to evaluate tumour response to the widely used treatment irinotecan when delivered through beads.

Another ongoing study is looking at delivery of doxorubicin to treat primary hepatocellular carcinoma (HCC), using beads that are currently indicated for the embolisation of hypervascular tumours and arteriovenous malformations, to see whether the drug-eluting beads are more effective and less toxic than standard chemoembolisation.

Another promising area of research is the development of radio-opaque bioactive microspheres to carry embolisation drugs. These injectable microspheres could enhance the visibility of biomaterials and therefore improve control of the treatment procedure in real time.

All of these drug-eluting technologies, which are either on the market or in the clinical trials phase, owe their development to the efforts of medical device manufacturers, working with pharmaceutical firms and their academic counterparts, in addressing the challenges presented by arterial occlusions, first in the heart and then in other areas of the body.

That process of innovation highlighted the major challenges of developing drug-eluting technologies, and the continuation of that research will be fuelled by the continuing success of approved combination devices. Although the focus for now is on maximising the use of drug-eluting stents, the significant body of research that underpins the success of these technologies already has the industry thinking ahead and conceptualising new ways of using advanced coatings to improve patient outcomes.

"Some people embrace new technologies more easily, but with our stents we have seen that, after three years, 70% of vessels are still open."

"The industry saw that there was a problem with occlusions so did a lot of testing on different solutions to formulate the right coatings," says Förster. "The concentration of the drug is very important and you need the right delivery mechanisms. For stents, you need enough flexibility to move as the arteries move. Products like Zilver PTX have a very low fracture rate.

"There is a lot of interest in developing new products with similar technology because drug-eluting stents have proven much better than regular stents, and the same is true for angioplasty balloons. It depends where it is in the body, but there is also the possibility of developing drug-eluting coatings for use in areas like endoscopy."

How the specific applications of drug-eluting devices will evolve over the next five or ten years remains to be seen, but it is likely that combination products will become increasingly widespread in the treatment of severe and life-threatening conditions.