Testing methods used to detect Covid-19 aren't keeping pace with the spread, but innovations driven by the pandemic could help turn the tables on the virus 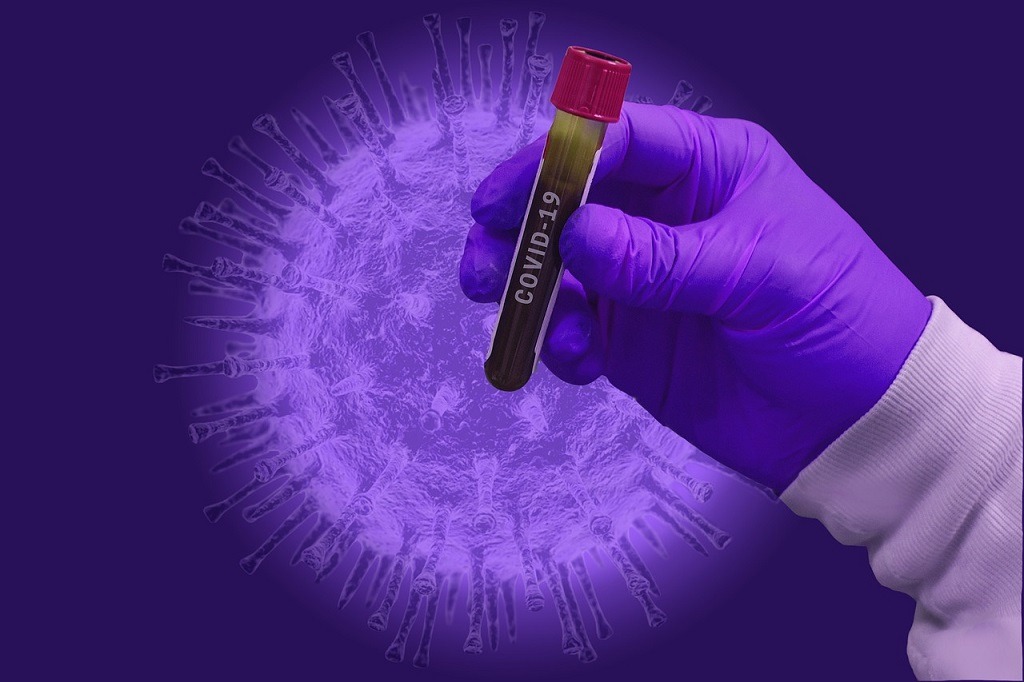 The Covid-19 pandemic has driven the development of several innovative forms of diagnostic testing (Credit: PixaBay)

The ongoing Covid-19 pandemic has stress tested the diagnostic infrastructure of countries the world over – but new methods of testing for the virus may yet help to contain the spread.

Point-of-care antibody tests are the latest innovation to be approved by the US Food and Drug Administration (FDA), with a recent EUA (Emergency Use Authorisation) allowing doctor’s offices, hospitals, urgent care centres and emergency rooms to carry out diagnostics using a fingerprick blood sample.

But ever since the virus began its spread, the medical devices sector has risen to the challenge of testing for it in a plethora of ways, thinking outside of the box to bring new methods that can aid in its containment.

One of the most talked about innovations in Covid-19 testing is Crispr, an abbreviation of clustered regularly interspaced short palindromic repeats.

Also known as Crispr-cas9, the latter half of its name denotes the enzyme it uses to alter DNA.

The technology was already spreading from its roots in genome alteration to the field of diagnostics due to its ability to highlight a specific region of the genetic sequence, including in a virus particle.

But once Covid-19 began to wreak worldwide havoc, two start-ups – Sherlock Biosciences and Mammoth Biosciences – turned the established theories about how Crispr might be used diagnostically into practice, and developed Crispr-based testing kits.

Each company takes a slightly different approach in its test, using different enzymes in the process, but both have an EUA from the FDA and are now working with commercial partners on a rapid point-of-care test for SARS-CoV-2.

Another of the more intriguing methods for Covid-19 testing is currently being developed in the Netherlands under the stewardship of protein engineering expert Professor Maarten Merkx.

Faculty of the Eindhoven University of Technology, he led the ABSENS (2014-15) and LUMABS (2017-18) projects with EU funding to research rapid point-of-care antibody testing that detects specific viral proteins.

Using the same chemical reaction inherent within fireflies, the sensor protein emits a green or blue light based on the existence of a specific viral protein, and can be seen directly in blood with a smartphone camera outfitted with an adaptor, or on a paper strip, depending how the test is designed.

Merkx and his team told the European Research Council in May they were looking to adapt the test to detect the presence of Covid-19, not just its related antibodies, in roughly 30 minutes – provided the sensitivity and specificity is high enough to satisfy regulators.

The first rapid antigen tests to have received FDA EUAs demonstrate sensitivity ranging from 84.0% to 97.6%, but even those with lower sensitivity are considered to have merit due to their ability to triage cases for confirmatory PCR-based testing, which is still considered the gold standard for accuracy.

RT-PCR (reverse transcriptase polymerase chain reaction) antigen testing – the most commonly-used method for detecting the SARS-CoV-2 virus that causes Covid-19 – involves a swab of the throat, nose, or both, which is sent to a lab for verification.

When it gets to that lab, the RNA (complementary to DNA) of the sample is isolated, with everything else removed, and is mixed with other ingredients: enzymes (DNA polymerase and reverse transcriptase), DNA building blocks, cofactors, probes and primers that recognise and bind to SARS-CoV-2.

With lab-on-chip testing, all required RT-PCR reagents are stored on a microchip, which is programmed to add them to a reaction micro chamber alongside a patient’s biological sample to fulfil each step.

Singapore was an early adopter of the testing method, with medical device firm Veredus Laboratories helping it overcome a lack of lab-testing capacity with its lab-on-chip diagnostic device VereCoV.

One kit contains 50 tests, and Veredus claims a turn around time of about two and a half hours once all of them are received by the lab.

The high levels of specificity and sensitivity are why PCR-based testing methods make up the majority of the world’s diagnostic efforts for Covid-19, despite their turn around time tending to be days rather than hours.

But one method developed in the UK – one of the countries worst affected on a per capita basis by SARS-CoV-2 – may increase the speed of testing without sacrificing accuracy.

Oxford Nanopore Technologies (ONT) – a spinout of the elite university in the same city – developed its LAMpore test to scale up the volume of SARS-CoV-2 diagnostics using loop-mediated isothermal amplification (LAMP) alongside its proprietary nanopore sequencing method.

The intricacies of both methods are the subject of many complex academic papers, but in the context of Covid-19 testing, their relevance is that the ingredients necessary to detect SARS-CoV-2 can be applied at a constant temperature, unlike in the case of RT-PCR, which ultimately reduces the turn around time.

In combination with ONT’s MinION or GridION computing hardware, the maximum number of tests that can be analysed in one run is 768 for the former, and 3,840 for the latter.

In the most recent evaluation study, LAMpore testing achieved results between 60 and 90 minutes with a sensitivity of 99.1% and specificity of 99.6% – putting it on near-equal footing with RT-PCR for accuracy.

Something else that sets ONT’s technology apart from mainstream testing methods is that it can diagnose Covid-19, influenza and respiratory syncytial virus (RSV) – a functionality that could prove critical as the UK approaches the winter flu season.

LAMpore kits are currently being tested by several NHS testing labs and the government hopes to roll them out before winter starts.

Covid-19 testing in the cloud

Following on from the theme of testing efficiency, another method the UK government hopes to roll out involves a lab-on-chip RT-PCR test that can be analysed without a physical laboratory, boasting a 90-minute turn around time.

DNANudge already had much of the equipment needed to diagnose SARS-CoV-2 in its original proposition – DNA testing to show customers their genetic predispositions and risk levels to a number of nutrition-related health traits.

In order to expand its use, the company added a lab-on-chip cartridge to its proprietary NudgeBox that automates the pneumatic, thermal, imaging, and mechanics required to run a real-time RT-PCR reaction outside a laboratory setting, much like in the VereCoV test.

But rather than sending a batch of tests off to be analysed in a lab, a user scans the barcode of a cartridge and each NudgeBox uploads the real-time reaction happening inside to a cloud-based database, where it is analysed and results are sent to its smartphone app or to an electronic health record in a patient care setting.

DNANudge claims its testing method has 95% sensitivity and a specificity close to 100%.

The UK government purchased 5.8 million kits from the firm, some of which are already in circulation within eight London hospitals – including cancer wards, A&E and maternity departments.

Much like LAMpore, DNANudge’s Covid-19 test can detect the SARS-CoV-2 virus and other common winter viruses.

The government hopes to roll them out nationwide, in urgent patient care and elective surgery settings, plus out-of-hospital locations, before the start of winter this year.