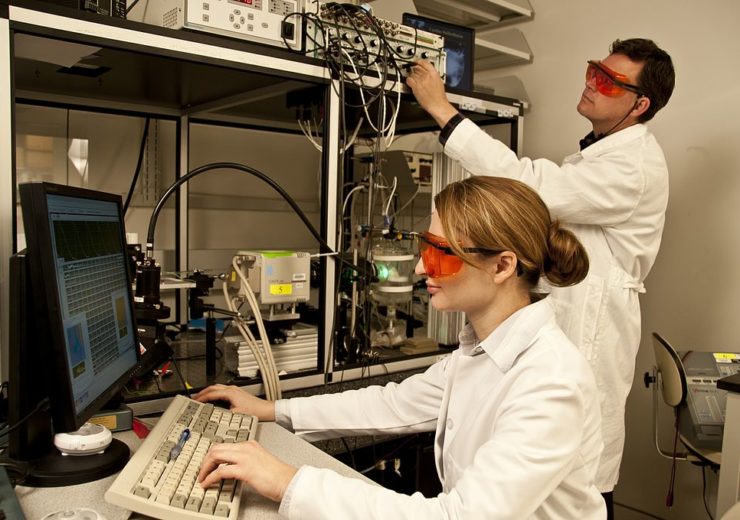 Medical devices still need to be regulated even after they have been manufactured and hit the commercial market (Credit: FDA)

Post-market surveillance is an essential aspect of maintaining patient safety. However, recent reports have unveiled serious concerns with reporting of medical device failures. Medical Device Developments editor Emma Green discusses what led to these issues and how they can best be resolved by the industry.

The Implant Files, a series of investigative reports co-ordinated by the International Consortium of Investigative Journalists (ICIJ), were a major alarm bell for those working within the medical device industry.

The reports, using information obtained from hundreds of freedom of information requests, exposed the ongoing safety issues with widely used implants and devices, including everything from toxic hip replacements to defective implantable defibrillators.

“It’s unacceptable to keep maintaining this system,” Carl Heneghan, a clinical epidemiologist at Oxford University, notes in one of the reports.

“At some point patients stick their hands up and say: ‘We’re suffering catastrophic harm.’

“But when that happens, it’s often years down the road when significant numbers of people have already been hurt.”

The Implant Files were the first-ever global examination of the medical device industry and its regulators.

ICIJ journalists and a team of more than 250 reporters and data specialists from 58 news organisations in 36 countries examined hundreds of cases worldwide.

The reports raise serious questions about post-market surveillance, particularly with regard to medical device failure reporting.

According to an ICIJ review of data from the US Justice Department and the Securities and Exchange Commission, manufacturers have paid at least $1.6bn since 2008 to settle charges of corruption, fraud and other violations with regulators worldwide, as well as paying billions of dollars to patients.

Governments in Africa, Asia and South America don’t regulate medical devices themselves, but instead place their trust in the US Food and Drug Administration (FDA) – under the assumption that it provides the most robust oversight of any health agency in the world.

However, pathways such as the FDA 510(k) clearance mean that new medical devices deemed substantially equivalent to existing – or predicate – devices can be approved within an accelerated timescale.

Given the looser pre-market regulation of medical devices, particularly those considered low and medium risk (categorised as Class I and II respectively by the FDA), there is a need for greater emphasis on post-market surveillance to ensure that patients are protected.

Real-world data generated by devices as they are used are a valuable source of information for regulators, clinicians, patients, and manufacturers for creating risk and efficacy profiles.

However, the Implant Files highlighted the worrying gaps in this area, particularly for devices that represent a cause for concern.

The finger cannot be pointed solely at regulators or manufacturers; the nature of the industry itself has been described as a perfect storm for these issues to occur.

Alternative summary reporting was introduced by the FDA as an attempt to improve efficiencies in reviewing device safety data and address the limited capacity of small teams in dealing with huge volumes of information.

This allowed manufacturers to submit private quarterly spreadsheets summarising reports of adverse events, rather than filing individual reports on each issue to the publicly accessible Manufacturer and User Facility Device Experience (MAUDE) database.

The programme ran for two decades but was closed on 26 June this year in an attempt to address the transparency issues raise by the Implant Files and related reports, such as an investigation by Kaiser Health Network.

Just under 180 deaths were recorded through FDA alternative summary reporting.

The system allowed the reporting of fatalities related to heart valves implanted five or more years beforehand; these made up only two thirds of deaths in the hidden database.

The ineligible death reports pertained to two kinds of pacemakers, a breast implant, an intra-aortic balloon pump and a ventilator.

“When an ineligible event was reported through an ASR, the FDA’s standard practice has been to contact the manufacturer to obtain additional information regarding the event,” said an FDA spokesperson.

“If the event was labelled in error, the manufacturer was asked to submit a supplemental ASR to correct it.”

Aside from fatalities, some of the most serious events documented involved breast implant injuries that had leaked, deflated or migrated.

Blood glucose meters were also found to be highly problematic, with these devices having the most unique incidents of any type of device, amounting to over two million reports being made to the programme.

Aside from alternative summary reporting, other issues complicate the collection of post-market safety data.

These include patient reluctance to report incidents through the proper channels, difficulty of pinpointing an adverse effect to a particular device, as well as the inherent conflict of interest for manufacturers, who financially benefit from having their devices on the market.

It is clear that there is a dire need for greater transparency in the industry, and the opening of the previously inaccessible database to the public is a hugely positive step made by the FDA.

This not only makes review processes more effective but also helps to protect regulators from claims that they have become too close to manufacturers, prioritising their convenience and profits over patient safety.

“Transparency is necessary to ensure that patients are receiving appropriate care and the benefits and risks have been properly researched,” says Transparency International Health Initiative director Rachel Cooper.

“The public must be able to trust that the medical products they rely on are going to improve their health rather than undermine it.”

Although the FDA provides a valuable cautionary tale for the industry, it is important to note that this is not a problem limited to the US.

Almost all regulators in developed markets have similar flaws in their systems, and many developing countries are only beginning to establish reporting procedures, let alone optimise them.

One of the reasons for the introduction of the alternative summary reporting programme was the ongoing pressure on the FDA to more closely align itself with legislation in Europe, an environment characterised by speedy approvals, light-touch regulation and industry-friendly personal injury law.

Nevertheless, the FDA is keen to achieve first-class status as a medical device regulator and is currently attempting to transition from a passive to an active post-market surveillance system, by setting up the National Evaluation System for Health Technology.

This aims to better use real-world evidence to “continuously generate, access, and evaluate large data sets on device performance and clinical outcomes associated with device use in routine clinical practice”.

The FDA will be keeping its Voluntary Malfunction Summary Reporting (VMSR) programme, which still allows less-serious device malfunctions to be reported in a summary form every quarter.

However, unlike alternative summary reporting, this data will all be publicly accessible through MAUDE.

Serious injuries and deaths cannot be reported through this channel.

“The VMSR programme enables the FDA to efficiently detect potential safety signals and free up resources to better focus on addressing the highest risks, such as deaths and serious injuries, associated with medical devices,” an FDA spokesperson said.

These new measures are still in the early stages but represent an important commitment to greater transparency in the industry.

To ensure effectiveness over the long term, the processes for medical device failure reporting must be continually evaluated and refined to ensure patient safety is kept as the number one priority.

The content of these investigative reports has revealed that there are serious consequences when this is neglected – for regulators, manufacturers and patients.