The nine-year lifespan of Admedus' ADAPT tissue technology could make it the go-to in aortic valve replacement for patients under 65, says industry expert 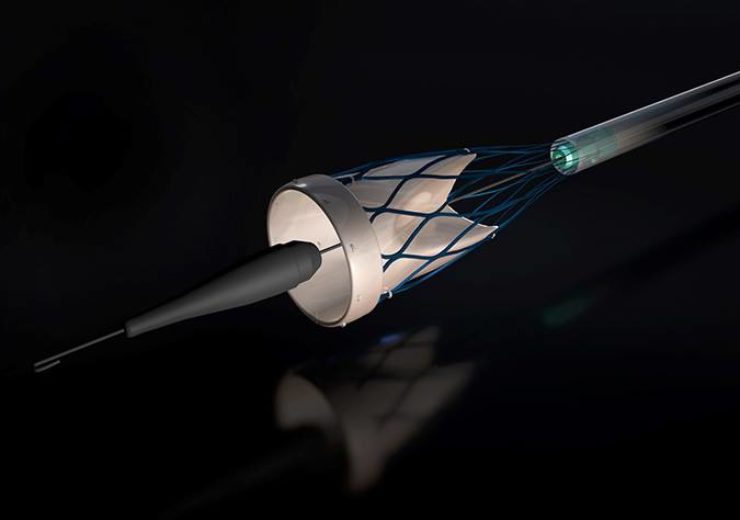 In transcatheter aortic valve replacement, an artificial device is guided through the blood vessels and into place in the heart using a catheter (Credit: Admedus)

Admedus’ new technology could soon create “the medical device of choice” for younger patients requiring aortic valve replacement, according to an industry analyst.

The Australian medtech company will use its unique ADAPT technology — which uses animal heart tissue to create an artificial human tissue — for an alternative transcatheter aortic valve replacement (TAVR) device.

It will move into a market that could be worth just under $3.5bn by the end of 2019, according to data intelligence company GlobalData.

“If Admedus can successfully prove that its TAVR device lasts longer than other devices on the market, it may become the device of choice for a younger patient population, allowing the company to gain significant market share.”

She believes these devices are “far ahead of any potential competition” because they have been approved by the US Food and Drug Administration (FDA) for use in severe cases of aortic stenosis — when blood flow is obstructed across the aortic valve — at high, intermediate and low risk as a surgical alternative to aortic valve replacement.

“However, a major drawback to these and other devices on the market is the lack of available long-term clinical trial data,” she added.

“As a result, it is not known how long these TAVR valves will last in the body, and therefore the procedure is generally not recommended for young patients — aged 65 years and younger — whose lifespans may surpass that of the device.”

Devices made using ADAPT technology in the past have been shown to last nine years without resulting in calcification — a build-up of calcium salts in the body’s tissue — or degradation.

Admedus says it is the only product of its kind to have achieved this.

If it can prove its TAVR products are capable of lasting this long, its implant device may provide a solution to the shortage of options for younger patients with defective aortic valves.

What is a transcatheter aortic valve replacement?

A person’s aortic valve controls blood flow from the human heart to the rest of the body.

Regular aortic valve replacement involves open-heart surgery, which requires stopping the heart and making a large incision in the chest — but this puts a lot of strain on the body and some patients are too frail to undergo the procedure.

TAVR, also known as transcatheter aortic valve implantation (TAVI), offers an alternative to surgery, and involves guiding the new valve into place through the blood vessels.

A catheter is inserted into a blood vessel in the upper leg or chest, and passed towards the aortic valve.

The catheter is then used to guide and fix a replacement valve in the heart.

According to the NHS, research suggests in instances where surgery would be difficult or risky, TAVR may be just as effective and result in a faster recovery than an operation.

Admedus says its unique ADAPT technology is used by leading surgeons around the world to treat patients with congenital heart defects, and those in need of heart valve, vessel and cardiovascular repairs.

The company claims ADAPT is “the best in its field”, and the only product of its kind to have achieved nine years without leading to calcification or degradation.

This significantly benefits patients who would otherwise be forced to undergo recurrent operations, it says.

These can be implanted into the body to facilitate the reparation of soft tissue.

Until now, these bioscaffolds have primarily been used to reconstruct human heart valves, rather than replacing them with an artificial substitute.

But Admedus will now move into the growing TAVR market – a market Dr Young believes it can gain a significant share of, if it proves ADAPT lasts longer than similar aortic valve replacement products.

GlobalData also predicts a compound annual growth rate of 20% for TAVR devices in the US in the foreseeable future.

Medtronic is a medical device company that generates most of its sales from the US healthcare system, but is based in Dublin.

There are three devices in Medtronic’s range of TAVR products, the most advanced being the Evolut R system.

The Evolut R valve is made from strong and pliable pericardial tissue, taken from pigs’ hearts, making it durable and allowing for low-profile delivery.

Medtronic claims the Evolut platform delivers industry-leading haemodynamics — the dynamics of blood flow within the body.

The EnVeo PRO delivery system used to administer the device also means it can be recaptured and repositioned for more accurate placement in the heart.

Medtronic says the Evolut R valve is built on a proven platform, which “continues to demonstrate exceptional outcomes”.

Edwards’ line of artificial aortic valves also features three products — the most notable of which is the SAPIEN 3.

The SAPIEN 3 carries a 1.1% risk of mortality and a 1% risk of a disabling stroke in patients who use the valve according to Edwards’ website.

These numbers are around 75% lower than the risks associated with open-heart, non-transcatheter aortic valve replacement surgery (4% and 4.4% respectively).

It also says the SAPIEN 3 valve’s outer sealing skirt “virtually eliminates moderate or greater paravalvular leak” — a complication whereby blood flows through a channel between the structure of the implanted valve and the cardiac tissue, which can lead to heart failure.