A focus on healthcare devices and how they need to shrink in order to better support machine learning and AI. 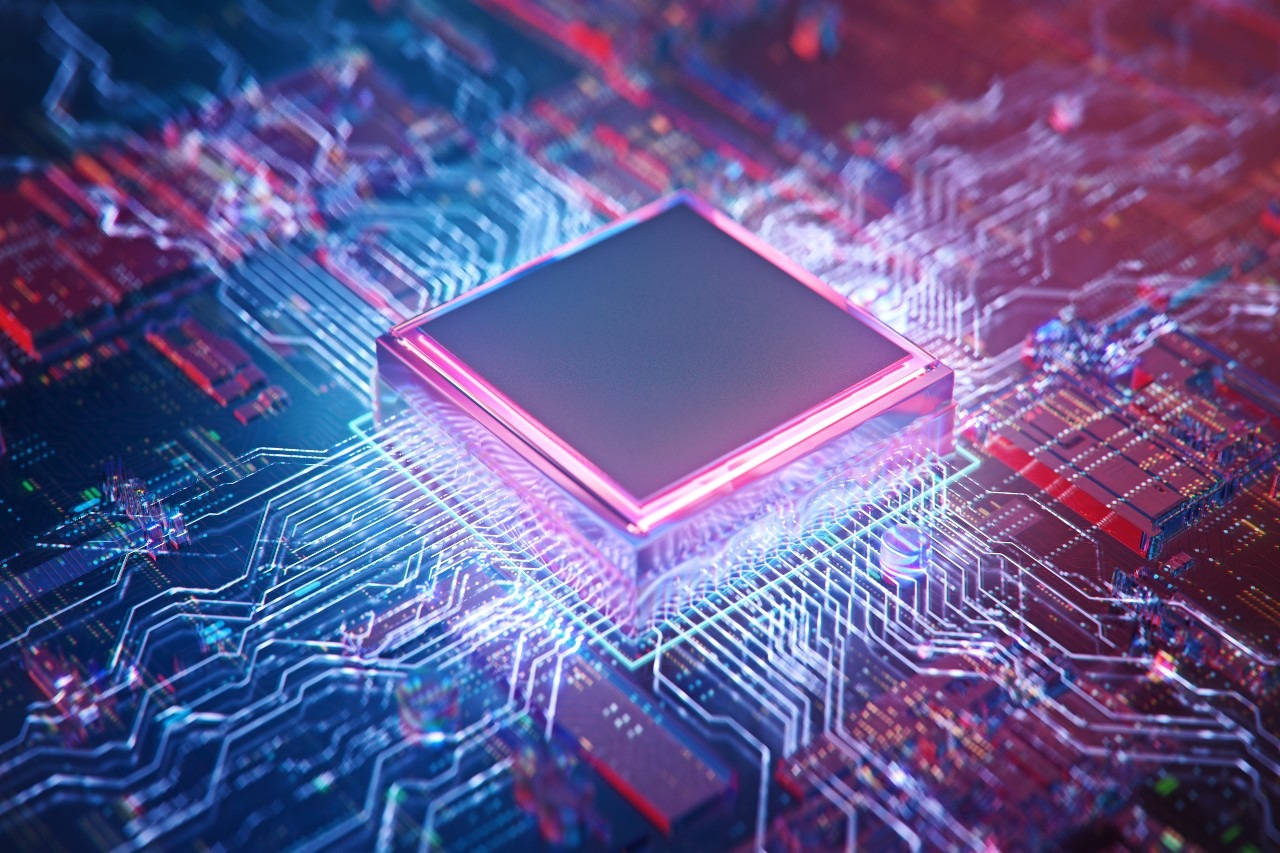 One of the biggest barriers to AI and machine learning is utilising it within the medical device market. (Credit: Connect world/Shutterstock.com)

Small and powerful as they may be, smartphones can’t be implanted in patient’s bodies and, though it’s a little less impossible, strapping them to every surface in a manufacturing plant still isn’t cost-efficient. To leverage machine learning and AI more widely, the technology that supports it needs to shrink. Andrew Tunnicliffe speaks to Wolfgang Emmerich, CEO at Zühlke UK; Radu Sporea, senior lecturer in semiconductor devices at the University of Surrey; and Song Han, assistant professor in electrical engineering and computer science at the Massachusetts Institute of Technology, about cramming learning capabilities on to single transistors and microcontrollers.

“Over the next ten years, many aspects of healthcare will change beyond all recognition,” says Wolfgang Emmerich, CEO at Zühlke UK.

“It won’t be healthcare with a few extra clever apps and devices. Instead, we will find mobile medical technology increasingly bringing together a wealth of data for immediate analysis by AI to help prevent illnesses, diagnose them and help medical professionals monitor treatments.”

Zühlke was a key player in the development and launch of the UK NHS’s Covid-19 app, which gained a CE mark and was classed as a medical device.

Speaking at the time, the wider Zühlke Group’s CEO, Fabrizio Ferrandina, said, “The unification of technology, engineering and medical compliance is a trend that we are seeing globally. The ‘App as a Medical Device’ is a remarkable evolution of the mobile phone that is transforming digital health in all its manifestations.”

Emmerich believes patients, doctors, nurses, scientists, researchers and pharmacists will all feel their position in the healthcare system changing and developing as a result of these technologies, ultimately leading to better patient outcomes.

“Complex medical apps can be created, approved and deployed very quickly where there is the will and skill to do this,” he stresses. “And they can quickly have a major public health impact – in this case, in making a major contribution to reducing the spread of a dangerous disease.”

It’s an interesting paradigm, apps being used as or in conjunction with a new type of medical device. Emmerich suggests that it will substantially reduce the bill of materials for individual medical devices by removing the need for expensive user interface modules, and allowing them to operate with smaller amounts of memory and lower-spec CPUs.

“This combination of low cost, verifiable patient results and major return on investment will attract the attention of both investors and national healthcare systems to apps as medical devices,” he says.

Phones might be increasingly central to medical device development – Zühlke, to take one example, is currently investing in sensors to measure all of a person’s vital signs (body temperature, pulse, respiration and blood pressure) through their phone with clinical precision – but they have their own limitations.

As small and powerful as they might be, with their abundance of AI features, implanting them into patients is simply not an option. AI has the potential to do even more to change the healthcare paradigm, but the challenge today is the very practical one of finding the space for it.

The small potential of AI and machine learning

One of the biggest barriers to utilising what AI, machine and deep learning have to offer in the medical device realm is the abundance of resources they require, such as large labelled data set computational capabilities.

Today’s AI is too big to put on patient-friendly device hardware and running it on the cloud hurts privacy. That’s a particularly big concern in medicine, says Song Han, assistant professor in electrical engineering and computer science at the Massachusetts Institute of Technology.

He and his team are working on what they call tiny machine learning (TinyML) – a way of making AI small enough to run locally on miniature microcontrollers. “We have full-stack innovations from efficient algorithms to systems and hardware,” he explains.

The project comprises research into hardware-aware efficient model design techniques and software developments that will help “fully unleash the power of AI on small devices”.

Currently, the challenge is that AI algorithms are computationally intensive, power hungry and require a large memory footprint.

“When the hardware device shrinks down, the power, computation and memory budgets become very tight and make it difficult to run advanced AI algorithms,” Song says.

“Many workloads in the medical sector can benefit from AI algorithms,” he continues. “The efficient deployment of AI algorithms on small devices will empower smart medical devices.” One of his team’s current projects uses AI to help obtain blood pressure measurements.

He believes his work will help make the AI model hardware-aware, meaning it will take the different hardware properties of various medical devices into account as it operates, improving efficiency and potentially compensating for the limitations of current wearable technologies, which often provide unreliable or hard-to-interpret data that cannot be evaluated against an agreed baseline.

The work Song’s team is doing is both innovative and complex, incorporating hardware and software to help support enhanced machine learning for an array of applications – not just medical.

“Our work can make AI on edge possible, thus opening the door to numerous AI applications and services on the edge,” he proclaims.

Innovation of small technology for AI

Radu Sporea, a senior lecturer in semiconductor devices at the University of Surrey, is also working to shrink technologies to enable medical device AI and machine learning.

“We are developing new building-blocks and circuits for low power, low-cost electronics,” he says. “Low cost usually means low performance, but we are striving to change that.”

Sporea and his team are creating advanced electronic structures, which can lead to complex functionality even with cheaper materials and fabrication processes, in the form of microscale devices called source-gated transistors and multimodal transistors.

“One of the advantages of our microdevices is the high amplification they achieve, while not requiring particularly high-precision fabrication processes,” he says. That means circuits built with these transistors would be good amplifiers for low signals, such as those found in many medical applications.

The transistors can also generate and maintain reference signals, and make it easy to realise signal processing with reduced distortion and higher energy efficiency – all without requiring complex circuit designs that are impractical to realise with low-cost technologies.

Although the work is in its early stages, Sporea believes that, in time, carefully designed circuits for specific applications could be significantly smaller, lighter and cheaper to make.

“Because of the high-energy efficiency, batteries can be made smaller or removed altogether if alternative sources of energy can be used. In particular, where sensors or monitors have a disposable element, our approach could also reduce waste.”

Elsewhere, an international research team led by Mahsa Shoaran, a professor at the Institute of Electrical Engineering & Center for Neuroprosthetics at EPFL in Switzerland, has received a $6.6m grant from the US National Institute of Mental Health to use Shoaran’s own tiny AI systems to treat severe psychiatric illnesses.

Though they use many of the same techniques as Song and Sporea’s devices, these are designed to operate inside the body.

“Mental disorders seem to arise more from communication failures between brain regions, than from dysfunction of any single region,” Shoaran explained when the grant was announced in October 2020.

“We will develop a new implantable microchip for treating severe psychiatric illness by adjusting the patterns of activity in certain brain circuits. Our device will implement new algorithms that measure and control the rhythmic firing of neurons in distributed brain networks, restoring patterns of healthy communication in the brain.”

Its systems incorporate modern machine learning techniques, using decision trees optimised for the hardware and algorithm, directly on the chip, meaning brain functions can be tracked and stimulated with unprecedented efficiency.

“We have developed power-efficient synchrony estimation circuits, specifically optimised for DBS [deep brain stimulation]-like implants that will enable us to achieve this goal.”

Thanks to projects like those being led by Song, Sporea and Shoaran, it may soon be possible to augment simple devices with AI algorithms to obtain accurate measurements without using time-consuming and invasive diagnostic procedures.

“Data-driven AI algorithms together with simple devices may achieve similar measurement precision to complicated devices, while being much more efficient and less painful,” says Song.

Likewise, Sporea believes that the work he is doing will have benefits for manufacturers and patients: “The whole package is very compelling. Low-cost fabrication, robust operation and superior functionality are very likely to bring many interesting developments to monitoring and therapies, with increased comfort and convenience.”

As machine learning becomes more portable and medical devices converge with personal technologies, it’s clear there is much to consider, address and even mitigate.

Ensuring the safety of closed-loop AIs implanted in people’s brains is an entirely new challenge for regulators, but understanding how patients interact with apps is similarly difficult.

Affording patients the ability to better self-manage, not to mention removing the need entirely, can be both liberating and beneficial; doing it safely is the next challenge.