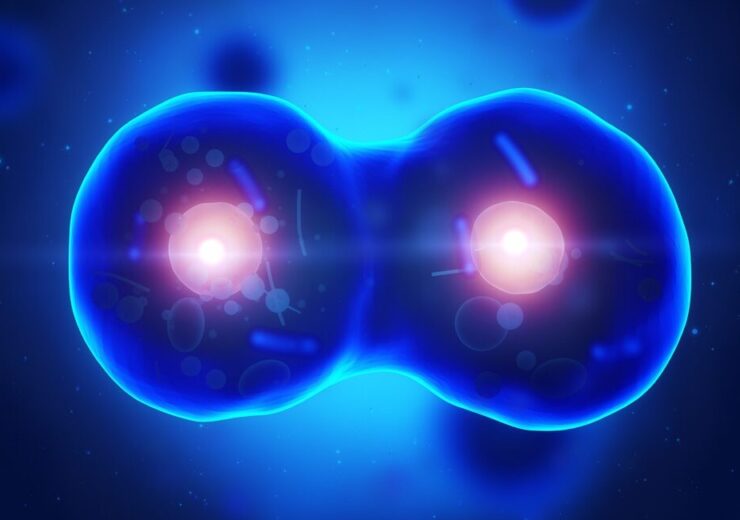 The new research could give insight into the forces implicit in creating different cells (Credit: Shutterstock/CLIPAREA l Custom media)

Although scientists have discovered many things about the cells inside our bodies, the mechanical forces at play in tissue generation have been difficult to ascertain – but a new technique involving tiny sensors could reveal some of the mystery.

Meanwhile, collaborators on the project, Haneesh Kesari, an assistant professor of engineering at Brown and an expert in solid mechanics and another graduate student, Wenqiang Fang, have developed a computational algorithm that looks at how the sensors are deformed and calculates the pressure exerted by surrounding cells.

“We know that mechanical forces are important stimuli in tissue formation and development, but actually measuring those forces is pretty difficult,” said Darling.

“These spheres that we’ve developed give us an extremely sensitive technique for measuring those forces over time in the same sample. And we can do this with multiple samples at a time on a 96-well plate, so it’s a high-throughput method as well.”

How do the sensors use force to investigate tissue generation?

Mechanical forces generated by cells are critical for regulating many biological phenomena, including tissue assembly and morphogenesis – the biological process that causes a cell, tissue or organism to develop its shape.

Measuring these forces in cell-dense tissues has been a challenge due to the lack of physical tools that can be inserted into a biological system without dramatically influencing its structure and behaviour.

This is according to a study published by the researchers at Brown, which also claims existing methods to investigate cellular forces, including traction force microscopy (TFM) and micropillars, work well for studying cells in isolation – but both poorly suited for cell-dense structures.

The reason for this is that they require a mechanically well-defined bulk material that contains fiducial markers – objects that serve as a point of reference for changes in cell structure when view by imaging tools – for deformation tracking.

On the other hand, the sensors created by Darling and Gutierrez were made out of a polymer called polyacrylamide, which the two said have no apparent effect on the behaviour of the newly forming tissues.

The polyacrylamide material also has mechanical properties that are highly consistent and tunable, which made it possible to make spheres soft enough to deform measurably when exposed to cellular forces, making the force itself easier for Kesari and Fang’s algorithm to measure.

“The key to this is having a highly-controlled material, with a very precise shape as well as finely tuned and uniform mechanical stiffness,” Kesari said.

According the the researchers, as the tissue-formation process unfolds, microscope imaging of the spheres, which are stained with fluorescent dye, reveals the extent to which they are deformed by the pressure of surrounding cells.

The computational algorithm uses that deformation to calculate the forces at work in that cellular microenvironment.

As a proof of concept, the researchers performed a series of experiments to measure forces involved in mesenchymal condensation – a process central to the formation of teeth, bones, cartilage and other tissue in which stem cells cluster together and eventually differentiate into tissue-specific cell types.

In one experiment, the team included the force-sensing spheres in cultures of cells that were coming together to form multicellular balls.

Microscope images of the cultures were taken every hour for 14 hours, enabling the team to track changes in the forces involved in each culture over time.

The experiments showed that the forces involved in mesenchymal condensation were highly variable for the first 5 or so hours of the process, before settling down into a much steadier force profile.

According to the researchers, this study was the first time such force dynamics had ever been measured.

In order to add a control to their experiment and verify that the spheres were truly sensitive to cellular forces, the team repeated the it using cultures treated with a cytoskeletal inhibitor – a drug that weakens the tiny contractile motors inside a cell, resulting in less tensile force.

The spheres detected markedly weaker forces in the cultures treated with the drug, suggesting that the force profile recorded in the original experiment was accurate.

In another set of experiments, the researchers added the sensor spheres to preformed cellular masses to observe how the spheres were taken up into the mass.

Some of the spheres had been treated with a collagen coating, which enables cells to bind with the sensors, while others were uncoated.

“We were able to see differences in the force profiles between the coated and uncoated spheres,” Darling said.

“Overall there was a large compressive force, but with the coated cells we could see the cells interacting with the spheres directly, pulling on them and exerting a tensile force as well.”

Will the research have clinical relevance?

Darling says he’s hopeful the technique using his sensors could reveal fundamental details about how the cell generation and tissue forming processes work.

But in the future, he believes it may also be used screen drugs aimed at modulating these processes, or to test the effects of environmental toxins, as well as having a potential use in tissue engineering.

“If we want to grow cartilage, it might be helpful to know that the types of forces that these cells are exerting on each other because we might be able to apply an external force that matches or complements that force profile,” he said.

“So, in addition to fundamental discovery, I think there is some translational potential for this down the road.”