Companies are increasingly using artificial intelligence, machine learning and other disruptors to help people monitor their sleep at home 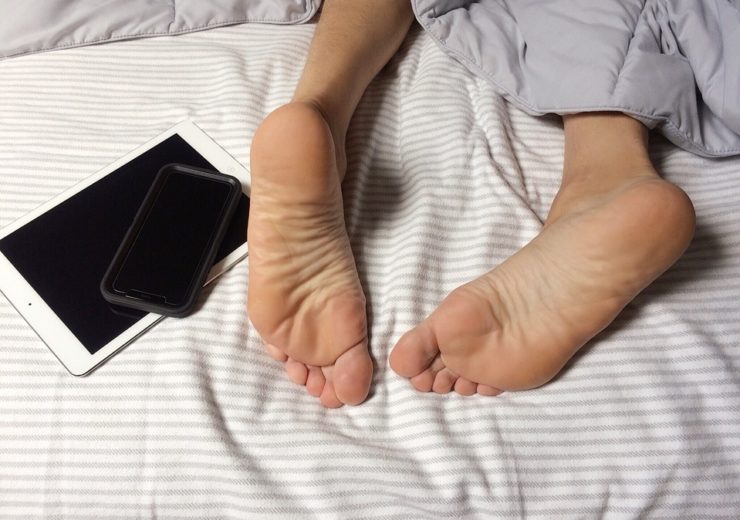 Sleep disorders are seen as a global epidemic, adversely affecting millions of people's health and quality of life (Credit: Pixabay)

Statistics from the World Sleep Society show that up to 45% of people are affected by disorders such as insomnia, sleep apnoea and narcolepsy, creating an increased demand for home-based sleep monitoring.

These disorders mean people don’t get enough rest, or have a generally poor quality of sleep, increasing the risk of cardiovascular diseases, high blood pressure, diabetes and stress.

However, monitoring sleep can help to diagnose and tackle these problems – and new technologies mean this can be done at home, without the need for visits to sleep clinics and other experts.

The total amount of sleep, sleep disturbances and time spent awake, sleep latency – how long it takes to fall asleep – and the various stages of sleep, from lighter phases all the way to deeper rapid eye movement (REM) can all be measured during the night to produce a sleep score.

We take a look at six innovative devices that collect this data, and use it to produce insights and advice on how the user can improve the quality of their sleep.

French technology start-up Dreem has produced a battery-powered, AI-enabled headband made from lightweight, waterproof foam to be worn during sleep.

Dreem’s latest headband, the Dreem 2, has five electroencephalogram (EEG) sensors that measure brain activity, a pulse oximeter to monitor heart rate and an accelerometer to record movement and breathing during the night.

A deep learning algorithm analyses these readings, and when the headband is combined with the Dreem smartphone app, they are used to provide daily reports on the user’s sleeping habits.

The app, which can be downloaded for free on iOS and Android devices, provides insights on how to improve sleep quality by helping the user understand sleeping patterns, and recommending a suitable sleep programme.

Recently, Dreem’s Octave Irba study concluded that its headband is on par with medical professionals in identifying stages of sleep.

The headband’s findings were compared with those from polysomnography (PSG) – the “gold standard” sleep test for diagnosing disorders – which showed them to be broadly the same.

Dreem’s device, which costs £359 ($465), differs from some sleep trackers by doubling up to improve its user’s quality of sleep directly.

It uses soothing audio features, based on the readings it picks up in real-time, to induce and maintain an optimal sleep cycle through the night.

Smart pyjamas with built-in sensors to measure heart rate, breathing and posture during sleep were developed by graduate students from the University of Massachusetts (UMASS).

These phyjamas use five physiological-sensing textile patches with embedded sensors that can be woven or stitched into sleeping garments.

The wires from each patch are interconnected using silver-plated nylon threads surrounded with cotton.

The sensors in the textile patches can detect constant physical pressures – such as a person’s body lying on a bed.

The phyjamas are capable of monitoring multiple factors that can determine how well a person sleeps, and generate data that wearers can share with their doctor or sleep clinicians to help understand how their sleeping patterns could be improved.

According to UMASS, this technology can be particularly useful for monitoring elderly patients with sleeping disorders, as they are often reluctant to use or will forget to put on sleep-monitoring wearables like smartwatches or headbands.

Also, the phyjamas are able to tell the user about the position they sleep in, and if their posture could be affecting their quality of sleep, whereas watches and rings cannot.

The vapour-deposited electronic polymer films used to create the smart pyjama sensors are wash-and-wear stable – meaning it can be easily washed, and dries quickly – and can withstand mechanically demanding textile manufacturing processes.

This is achieved while maintaining the weight, feel and comfort of a regular set of pyjamas, according to UMASS.

The phyjamas were unveiled in September of 2019 at the Ubicomp conference in London – an event featuring the latest developments embedding technologies into everyday environments.

American tech company Fitbit was recently acquired by Google’s parent company Alphabet for $2.1bn, and has produced a number of multi-functional wearable devices for monitoring health and fitness.

It recently released the Versa 2, which is a smartwatch capable of 24/7 heart rate tracking using PurePulse – Fitbit’s own continuous, automatic heart monitoring technology – and sensitive motion detectors to measure the user’s sleep duration.

By tracking sleep stages – from light to deep to rapid eye movement – it is able to produce a personalised sleep score and determine if this is high enough to stay healthy and feel refreshed during the day.

It can create a sleep schedule so users can “work towards a consistent routine and get reminders to stay on track”, and offers insights into sleeping habits, as well as how to improve them.

The Versa 2 can also be put into sleep mode, which disables the smartwatch’s display and notifications, so light from the screen doesn’t interrupt rest, and even has a silent alarm feature that makes mornings more peaceful by waking the user up with a quiet vibration.

The Versa 2 doubles up as a multi-functional, relatively cheap everyday device – it starts at £199.99 ($257) – that can monitor a number of health indicators, and doesn’t require a connected app to present sleep data to its user.

The S+ is designed to sit on a bedside table and monitor sleep by tracking the movement of its user’s upper body through the night.

It transmits a short pulse of ultra low power radio waves and then listens for the echo of the pulse – as the user moves in bed, the phase of the echo changes and is converted into a signal that reflects their movement.

This means it can detect the expansion and relaxation of the chest during breathing, as well as general body movements like positional changes, arm twitches and shrugs.

This is known as echo-location – the same basic principle animals such as bats use to hunt in the dark.

The ResMed S+ then uses software algorithms that recognise the combination of respiration and body-movement signals, so that a full night’s sleep can be assessed.

It then delivers this information to the user – via an app available for Apple watches, and users of Android and iOS devices.

ResMed says its experts will also collect and analyse this data, before sending personalised feedback and suggestions based on the sleep patterns.

Its sleep reports also help to facilitate a discussion between the user and their doctor or sleep clinician, according to ResMed.

Similarly to the Dreem headband, the S+ also has functions to actively improve the quality of the user’s sleep – for example, a smart alarm function that goes off during a period of lighter sleep.

Oura claims its smart device – a ring that monitors the user 24/7 – is the “most accurate” sleep tracker available and “the world’s most advanced wearable”.

With automatic, constant monitoring, it is able to build an accurate, insightful baseline of information about its user.

It uses an NTC (negative temperature coefficient) thermistor to constantly measure body temperature during sleep, and by comparing values from multiple nights, the Oura ring indicates the user’s standard body temperature, and any variations from it.

Infrared LEDs are also used to get a pulse reading directly from palmar arteries in the finger, while a 3D accelerometer and gyroscope track body movement.

These readings are used to assess the nightly sleep cycle, from different sleep stages to time spent awake, as well as sleep timing – the point in a 24-hour cycle at which the user goes to sleep.

After the app has collected enough body signal data and gained enough information on its user, it can give advice on their most suitable bedtime window.

The Oura ring is compatible with Android and iOS devices, and allows its users to import and export sleep metrics to and from other devices.

Like Fitbit’s Versa 2, and a number of other wearable smart devices, it offers a number of other features for tracking health, such as a step counter, and inactivity alerts reminding the user to stretch their legs during the day.

BeautyRest – the flagship brand of American bedding company Simmons – has developed its own non-wearable sleep tracker that effectively turns any bed into a smart device.

It consists of a processor, which is placed on the floor and plugged into the wall, and connects to the user’s WiFi.

This processor is then hooked up to one or two sensors positioned under the mattress – the second sensor means two people can be monitored independently.

These “highly accurate” passive piezoelectric sensors monitor respiration and heart rate, and are capable of sensing even the smallest amount of pressure, meaning unique sleep behaviours such as body movement and wakefulness can also be measured.

BeautyRest says one of the main advantages of its sleep-monitoring system is that users never have to worry about starting or stopping it, syncing data manually or charging its batteries — the device is always on, and starts working as soon as they lie on the bed.

It also connects to the Sleeptracker companion app, available for Android and iOS, which provides full control over the processor remotely and translates its readings into personalised sleep data.

The AI-powered processor continuously learns its users’ sleeping habits, and delivers the most up-to-date information for effective sleep coaching i.e. specifically how the user needs to adjust their life in order to improve the quality and/or quantity of their sleep.

This is done with reports and summaries of daily, weekly and monthly trends in sleeping patterns.

As with a number of other sleep monitoring devices, it also uses a sleep cycle alarm to detect the optimal moment – a period of lighter sleep – to wake the user via the smartphone app.

BeautyRest says its system can be integrated into any smart home IoT (internet of things) network, alongside devices like Amazon’s virtual assistant Alexa, Nest’s self-programming thermostats and Philips’ Hue smart lighting – the only sleep monitoring device in the world with this capability.