Bioelectronic devices are set to revolutionise the treatment of many common diseases, but developing and manufacturing them is far from an easy task. Medical Device Developments finds out why partnerships across the development cycle will be crucial to the success of this rapidly advancing field. 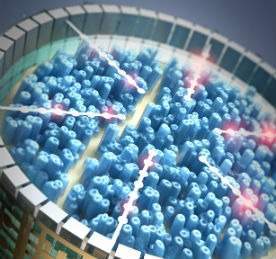 Advancements in electronics are allowing medical devices to perform in previously unheard of ways across disease areas as varied as heart failure and Parkinson’s disease. And the future of this field is still more exciting, with some in the industry believing that miniscule implantable bioelectronic devices able to restore health in a range of chronic diseases by modifying the body’s electronic signals are only a decade away.

Yet with the increasing complexity and decreasing size of electronic medical devices come many development and manufacturing challenges. Increasingly, partnerships both within and outside of the healthcare community will be the only way to meet them.

The development of the bioelectronics field is crucial to the future of healthcare as many critical medical therapy and monitoring needs are served by these devices.

At Minnesota-based St Jude Medical, for example, which has five major areas of focus – heart failure, atrial fibrillation, neuromodulation, traditional cardiac rhythm management and cardiovascular – bioelectronics are used, and will continue to be used, across the board. “Currently, we employ bioelectronics as solutions for everything, from atrial fibrillation, bradycardia and tachycardia, to heart failure and movement disorders,” explains Philip Ebeling, vice-president and chief technology officer at the company. “In addition, long-term monitoring devices are enabled by bioelectronics.”

And these devices are far from simple. Just take the company’s Infinity deep brain stimulation (DBS) system and directional DBS lead, which received CE mark approval in late 2015 and is the only upgradeable DBS system available to patients who are battling movement disorders.

DBS systems deliver mild electrical pulses to specific targets in the brain to stimulate the structures involved in motor control, and consist of a surgically implanted neurostimulator that generates the electrical pulses, and thin wires called leads that carry the pulses to the brain to influence the irregular nerve signals responsible for many of the symptoms of movement disorders.

St Jude Medical’s Infinity system goes one step further. Not only does it use Bluetooth wireless technology to communicate between the DBS platform and the Apple digital devices that are used as patient and physician controllers, its newly approved directional DBS lead allows physicians to shape the therapy to a patient’s specific needs, while avoiding stimulation to areas that may create side effects.

The fact that the system is upgradeable also offers patients the ability to retain access to the latest technology and therapy options, and new modes of stimulation, as they are approved via software upgrades, avoiding the need to undergo repeat surgery.

It is little wonder, then, that the development and manufacturing of such devices bring up many challenges for medical device companies. As Ebeling notes, “Bioelectronic medical devices have long development cycles and low to medium volumes. Additionally, they have high reliability requirements, necessitating the use of mature technology. All of these aspects of bioelectronics result in high costs.”

“Specialists are often leveraged when they have bioelectronics capabilities beyond a device manufacturer’s core competencies. At St Jude Medical, we take a fairly vertical approach to bioelectronics development; however, we do partner on support systems and device elements falling outside our expertise.”

So what considerations does an OEM need to take into account when looking to team up with a specialist partner? For Ebeling, there are two key considerations: the long development cycles associated with bioelectronics and supply continuity exceeding ten years. “Med-tech development partnerships are often most successful when they include complementary skills, shared long-term vision and cost control with medium volumes,” he notes.

Looking to the future, partnerships across the development cycle are only set to become more important as bioelectronic devices get smaller and their functions more complicated. Indeed, the future of bioelectronics, according to GlaxoSmithKline (GSK), which has been active in the field since 2012, is devices smaller than grains of rice that could be used to restore health in a range of chronic diseases.

These devices would be programmed to read and modify electrical signals that pass along nerves, including irregular or altered impulses that can occur in association with a broad range of diseases, such as inflammatory bowel disease, arthritis, asthma, hypertension and diabetes. Diseases that have so far been untreatable could thereby be addressed, while others could be treated with greater precision and fewer side effects than current medicines or devices allow, GSK believes.

The company, however, is realistic in realising that this is a vision it will not be able to achieve alone. Experts across a range of disciplines – from physiology to engineering, neuroscience to informatics – would need to work together to succeed. And this is why GSK has put a huge amount of effort – through three key initiatives – into developing a new bioelectronics research community.

The first is an exploratory funding programme, which supports over 30 projects across more than 25 institutions globally, focusing on neural signal analysis for recording data-sets, higher resolution interfacing for the targeted disease nerves and circuit mapping.

Med-tech development partnerships are often most successful when they include complementary skills, shared long-term vision, and cost-control with medium volumes.

The second is Action Potential Venture Capital (APVC), a new $50-million strategic venture capital fund that invests in companies that pioneer bioelectronic medicines and technologies, focusing particularly on investment in new start-up companies that aim to pursue the vision of bioelectronic medicines; existing companies with technologies that are interacting with the peripheral nervous system through first-generation devices that can stimulate or block electrical impulses; and companies advancing technology platforms that will underpin these treatment methods.

The third is the launch of a $5-million Innovation Challenge Fund (ICF) to back academics and companies seeking to contribute to the development of a miniaturised implantable wireless device that can chronically record, stimulate and block functionally specific neural signals to and from a specific visceral organ in functional models.

The first team to demonstrate full functionality of their device, according to specified criteria, will be awarded a $1-million prize, and any tools and technologies that come from both the ICF-funded work and the challenge’s winning entry will be made freely available to the global research community, hopefully fostering an environment of collaboration between researchers from different institutions.

But it is GSK’s latest move in this space that really points to its belief in the importance of partnerships to the development of the bioelectronics field. In August 2016, the company announced an agreement with technology-focused Verily Life Sciences to form Galvani Bioelectronics, which will be entirely dedicated to the research, development and commercialisation of bioelectronic technologies.

According to GSK, the new company will bring together GSK’s world-class drug discovery and development expertise and deep understanding of disease biology with Verily’s world leading technical expertise in the miniaturisation of low-power electronics, device development, data analytics and software development for clinical applications.

Says Moncef Slaoui, GSK’s chairman of global vaccines, who was instrumental in establishing GSK’s investments in the field of bioelectronics and will chair the board of the new company: “This agreement with Verily to establish Galvani Bioelectronics signals a crucial step forward in GSK’s bioelectronics journey, bringing together health and tech to realise a shared vision of miniaturised, precision electrical therapies. Together, we can rapidly accelerate the pace of progress in this exciting field to develop innovative medicines that truly speak the electrical language of the body.”

Brian Otis, Verily’s chief technology officer, agreed that partnerships are the only way forward in this fast-developing sector. “This is an ambitious collaboration, allowing GSK and Verily to combine forces and have a huge impact on an emerging field,” he said. “Bioelectronic medicine is a new area of therapeutic exploration, and we know that success will require the confluence of deep disease biology expertise and new highly miniaturised technologies.

“This partnership provides an opportunity to further Verily’s mission by deploying our focused expertise in low-power miniaturised therapeutics and our data analytics engine to potentially address many disease areas with greater precision with the goal of improving outcomes.”

Galvani’s initial work will centre on establishing clinical proofs of principle in inflammatory, metabolic and endocrine disorders, including type 2 diabetes, where substantial evidence already exists in animal models; and developing associated miniaturised precision devices. Ultimately, GSK hopes to have its first bioelectronic medicine ready for approval in a decade.

Already bioelectronic devices are treating conditions from heart failure to Parkinson’s in ways that were previously unheard of, and the future of the sector is more exciting still. Yet for the healthcare industry to realise the full potential of this hugely complex and rapidly advancing field, collaboration across the entire development cycle – from initial research to manufacturing – will be absolutely crucial.