Here we profile new seizure detection devices that integrate AI in order to prevent seizures, which cause the death of 40% of patients with the chronic disorder 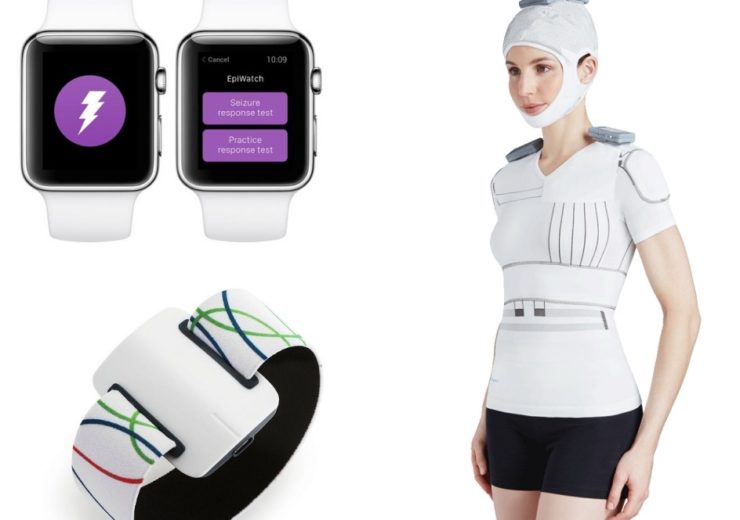 This year’s International Epilepsy Day will mark significant progress with regards to preventing death from epilepsy seizures, as a host of new wearable devices are now available.

Smart devices powered by AI to recognise uncontrolled seizures, which cause the death of between 30 and 40% of relevant patients, have been designed in numerous wearable forms such as caps embedded with biometric sensors and high tech earpieces.

The 11th February will mark the International Epilepsy Day 2019 – a global annual event, which promotes awareness of epilepsy in more than 120 countries.

It’s a chronic disorder, caused by unusual electrical signals in the brain that can affect the young and old.

It can cause patients to lose consciousness and control of their bodies due to recurring seizures.

Moreover, sudden unexpected death in epilepsy (SUDEP), which usually occurs at night, is a major cause of mortality in epilepsy patients.

Despite there being no cure yet for epilepsy, medication is the most common treatment method. However, the disorder can be managed with other strategies such as medical devices in the form of digital health apps and smartwatches.

Below we list new seizure detection devices integrating AI that can prevent sudden death in epilepsy for International Epilepsy Day.

Designed for individuals with an intellectual disability and severe therapy-resistant epilepsy, the $1466 (£1,130) smart armband is made mainly for those at risk of SUDEP.

The device is to be used during sleep, worn on the upper arm, and is distinguished for its combination of two essential features – a heart rate sensor and a motion sensor – to look for abnormally high heart rates, as well as movements associated with seizures.

The high tech works by measuring the pulse rate in blood vessels in the upper arm, which can rise by ten beats per minute or so before the onset of a seizure.

Once detected, it sounds an alarm and alerts caregivers, so they can quickly come to the wearer’s aid.

Created by researchers in the Netherlands, the smart armband is marketed by LivAssured.

The team has been perfecting its algorithm for 20 years, which has proven to identify 85% of severe night-time seizures.

Billed as the “world’s most advanced smartband for epilepsy monitoring,” developed by Boston and Milan-based Empatica.

The $250 (£197) smart wristband operates as a medical management for people who have convulsive seizures due to epilepsy – also known as tonic-clonic seizures.

Last month, the computing company received an updated FDA clearance that allows the wearable to be used by children ages six and up.

The device is programmed to vibrate in response to the identified patterns in motion and physiological signals that may be associated with generalised tonic-clonic seizures – it then immediately alerts designated caregivers via calls and SMS – only if they are within a 30-foot range of the wearer.

In addition, the wearable also measures electrodermal activity (EDA) – electrical properties of the skin in response to sweat secretion – which increases with emotional stimulation.

The wristband uses Bluetooth to send alerts and data through the Alert App.

In a collaboration with eXiT – an engineering and intelligence research group – the MJN Neuroservies built its earpiece device, SERAS.

It says it is the world’s first wearable medical device in the form of a headset – very similar to that used by a person with hearing problems.

The small earpiece records brain activity in real time and sends the probability of suffering an epileptic attack to a mobile app, equipped with algorithms, allowing vital time to seek a place of safety.

The eXiT group has contributed to the development of AI algorithms in the device, that adapt to the patterns of the brain, while the app takes the information sent by the earpiece to notice a potential seizure fit – enough time for the wearer to get in to a safe position, preventing accidents and injuries.

The app also sends alerts to emergency contacts notifying the wearer’s location and stores records on the cloud for improved diagnostics, which doctors can use for their diagnostic and treatment.

French smart clothing manufacturer Bioserenity developed the Neuronaute – a smart outfit composed of a cap and a long-sleeved shirt along with a mobile phone app.

To make the process of diagnosing epilepsy easier, people with epilepsy or at risk of it can wear it at home.

The $1,930 (£1,488) clothing contains biosensors to record the wearer’s electrical activity of the brain, heart and blood oxygen levels, as well as respiratory rate, over a long period of time while the patient is at home.

The outfit also consists of an accelerometer, gyroscope and compass to collect information about what activities triggers the wearer’s seizure.

All the data recorded are then sent to the connected smartphone app for analysis.

Moreover, the system and app can detect the onset of seizures in patients with diagnosed epilepsy and alert carers and doctors as soon as they occur.

The device has been approved for use in helping to diagnose epilepsy by various European health services, including the NHS.

EpiWatch is a free Apple Watch app and research study for epilepsy patients 16 and over.

The software uses a combination of patient response data and sensors to track and measure a seizure’s severity and duration, while also detecting triggers, medications and side effects.

As soon as a patient feels the onset of a seizure, the user is instructed to tap an icon to start the app which activates sensors to begin collecting heart rate and body movement data.

Features include an accelerometer, which tracks convulsions and the gyroscope that detects if the user has collapsed.

Data recorded with EpiWatch’s tracking functionality is actively being used for its creation and updates by Johns Hopkins University researchers, which began nearly three years ago.

Currently, EpiWatch enables participants to send a message to a family member or caregiver to let them know when they are experiencing a seizure.

A dashboard stores the summarised data, allows caregivers and physicians to view it with the user anytime.