ContinueLearn More X
Home » Analysis » Moving up in the world: the challenges of manufacturing

Moving up in the world: the challenges of manufacturing

Emerging markets are the main opportunity for growth for medical device manufacturers, but supplying them creates a host of logistical challenges. Ravi Anupindi from the University of Michigan explores how OEMs can identify the gaps in the supply chain and overcome the hurdles. 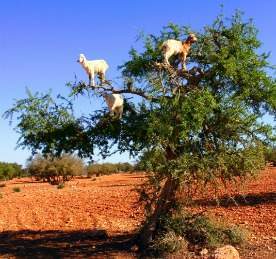 The global economy crossed a tipping point in 2012-13. The West was deemed no longer to be collectively richer than the rest of the world when more than 50% of GDP – as measured by purchasing power parity – shifted to developing countries. Consulting firm McKinsey estimates that almost half of all GDP growth between 2010 and 2025 will come from 440 cities in emerging markets.

Consider a few other facts. The share of the total population outside the developed nations is declining every year, and by 2025 will be no more than 16% of the eight billion human beings on the planet. While several of the less developed countries will continue to have a much younger population, the demographic dividend will not last long. More older people means greater demand for healthcare. Furthermore, commensurate with the stage of their economic growth, these countries have devoted only a small fraction of their GDP to healthcare.

For example, India and Indonesia spend only about 3-4% on medical management, while Brazil and South Africa spend about 9%. Compare this with the 12-15% level spent in developed countries. Even at current levels, by 2025 the combined health expenditure of the BRIC (Brazil, Russia, India and China) and MINT (Mexico, Indonesia, Nigeria and Turkey) countries will exceed $2 trillion.

Should these nations increase their healthcare allocation to 10% of their respective GDPs, expenditure will exceed $3.75 trillion. Collectively, these trends have one powerful implication for the life science industry: there is a tremendous opportunity, which continues to grow, outside of the developed country markets.

A recent report by the Council of Foreign Relations has also highlighted the significant shift in disease burden in the low and middle-income countries (LMIC) from communicable to non-communicable diseases (NCD). The World Economic Forum predicts that the NCD epidemic will inflict significant losses – direct, economic and health-related, as well as lost opportunities in terms of demographic dividend – to a level marginally below the aggregate economic output [$24.5 trillion] of these countries in 2013.

Next only to maternal and child health, NCDs account for 28% of premature deaths and 33% of disability- adjusted life years in the LMICs.

Among all the NCDs, cardiovascular diseases, cancer, chronic respiratory illnesses and diabetes dominate. The first three cause 80% of the deaths and two thirds of the disability, and the last one is growing fast.

The steadily shifting economic centre of gravity towards emerging and developing countries, where the disease burden is increasingly borne by NCDs, implies that the global life sciences industry urgently needs to shift its focus to address the growing needs of these regions. It is not merely an economic opportunity, but a moral imperative.

Fulfilling the needs of these markets is not going to be easy. Some of the main challenges across most of these countries include poor infrastructure, complexity of regulatory landscape and its weak enforcement, institutional voids, high fragmentation of wholesaling and distribution layers, and wide variation in payer mix.

Consider India. While close to 80% of its healthcare infrastructure is located in urban areas, about 65% of the population lives rurally. Most tertiary-care hospitals are privately owned and operated. Furthermore, about 70% of health expenditure in India is out of pocket. The situation is similar in Nigeria.

In contrast, 90% of all healthcare facilities in Vietnam are publicly owned, and a large majority of the population is covered by insurance. Another characteristic of a developing country is the wide heterogeneity of the economic segments that reside within its boundaries.

For example, more than three quarters of India’s population is considered low-income, earning less than $2 a day; while a household in the growing middle class can expect to take home $10-15 a day.

Medical device companies need to take a systematic approach to access and delivery in these markets. The significant heterogeneity across these countries may entail bespoke strategy and execution for market access and delivery. The first step would be to develop a deep understanding of the target segment.

This starts with an analysis of the disease burden, demographics and economic growth that will help identify the market potential.

Potential does not automatically translate into demand. To get a better idea of the latter, one needs to understand the health-seeking behaviour of the population in the country in question, income distribution in the population, price sensitivity of the different segments, and the payer mix (out of pocket, or insurance, for example).

A comprehensive understanding and analysis of the above issues should inform the development and refinement of an OEM’s market entry strategy. Subsequently, a detailed assessment of in-country supply chain needs to be performed.

One of the biggest challenges in developing countries is fragmentation of the intermediate layers of distribution and wholesaling in the supply chain. Relatively few distributors can provide national-level coverage. This is a real challenge when customer locations are not in top-tier urban areas.

"The first step for medical companies is to develop a deep understanding of the target segment. This starts with an analysis of the disease burden, demographics and economic growth that will help identify the market potential."

Reaching the second and third tier markets not only adds more layers in the distribution chain, but also multiple margin markups that increase the total landed cost. Furthermore, both the distribution sector, as well as the healthcare providers (hospitals, say) typically operates under severe working capital constraints.

This is challenging on two fronts. The first challenge is that the complexity of navigating the in-country supply chain is further exacerbated by the need to provide more frequent delivery patterns with better responsiveness. Second, such a requirement places a strain on upstream manufacturing that now has to be more flexible to respond to these needs. When capital intensive manufacturing is globally centralised, it is challenging to achieve the level of flexibility demanded by the needs of the emerging markets.

Firms may need to consider designing a supply network strategy with strategic regional distribution points closer to market. Such a strategy will have to balance the cost efficiency with desired responsiveness but also take into consideration the various regulatory barriers that might exist of product pass-through between different countries.

For example, given the large market size of India, a multinational firm that produced the product in the US may be tempted to setup a regional distribution centre in India, not only to meet Indian demand, but also that of other countries in South Asia.

Effectiveness of this strategy will depend largely on the trade barriers/regulations between two countries within the region, regardless of the country of origin of the product.

A regional distribution centre might have to be located in a zone from where product pass through is acceptable to most markets in the region, even though this may not be most cost-efficient location. Should the firm choose to locate manufacturing facilities in the region, similar country import restrictions need to be taken into account. In addition, intellectual property issues would also drive manufacturing location strategy. A dispersed manufacturing strategy with late customisation of non-critical features closer to demand location could be another option.

The price is right

Pricing plays a very important role. Developing countries have a wide mix of providers – public, for-profit, and not-for-profit organisations. Multinational firms mistakenly assume that the private sector serves the rich, while the public sector looks after the poor.

Products are priced accordingly, with preferential/lower rates for the public sector, but market rates for private customers. There is ample evidence to show that, for a multitude of reasons, the poor in many developing countries often access the private sector for care. By not considering this nuance, often the firm’s naive pricing strategy would limit the customer population it can potentially serve.

A more nuanced differential strategy must be adopted. Beyond differential pricing, other tactics to increase demand could include offering creative financing mechanisms. Financing need not be restricted to the provider but extended to the consumer, where appropriate. Consider Medtronic. After the initial success of its innovative pilot, run in partnership with a healthcare provider in the eastern part of India, it plans to roll out its ‘Healthy Heart for All’ programme in the rest of the country, as well as in other developing nations.

" The main challenges in developing nations include poor infrastructure, complexity of regulatory landscape and its weak enforcement, institutional voids, high fragmentation of wholesaling and distribution layers, and wide variation in payer mix. "

There could, however, be limits to level of market penetration that can be achieved by smart supply network design, innovative pricing and financing mechanisms, and partnerships. The healthcare burden in these countries is huge, but so is the affordability gap. Firms may have to rethink their product portfolio to redesign their products to meet market needs of the value segment, which demands that products be of sufficiently high quality, but affordably priced.

Such an approach may require embedding oneself in the developing country context and redesigning products from the ground up. GE Healthcare just did that with its MAC 400, a portable and extremely user-friendly ECG machine that runs on battery power and is easy to maintain and repair, and yet meets international regulatory standards. It sold for about $800, compared to $3,000 for the lower end of the imported product, and brought the cost of an ECG exam down to $1-2.

Using MAC 400 as a platform, GE Healthcare subsequently launched a scaled-down version called MAC India that reduced the price of ECG exams to less than 20 cents, as well as a higher-end version (MAC 600) for international sales. Unless multinational firms are willing to take this approach, rest assured that many local innovators will eventually enter the space and dominate the value segment, before potentially moving upstream.