Hit the mark – the process of laser marking 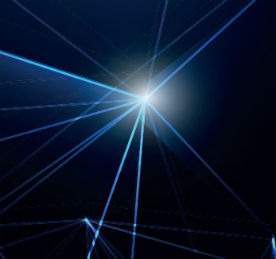 Laser marking is a common process used for the permanent marking of components and devices. The way the marking is produced depends on the material being marked. So, for example, anodised aluminium components would have the marking produced by laser etching the surface and removing the anodised layer, hence displaying a contrast.

Laser-marking technology has recently been highlighted by US FDA as an area that is being pushed due to its ability to help meet individual identification requirements for medical devices. The procedure is an efficient and reasonably cost-effective way of enabling medical device manufacturers to achieve the goal of safe, identifiable products.

We asked Professor Peter Ogrodnik, a world expert on laser markings, about the procedure’s technical details, what its current standing is, and what benefits laser marking brings to medical device manufacturers. His background is in mechanical engineering and, for the past 25 years, he has focused on laser marking, writing and researching extensively on the topic. He has also designed and developed a number of fracture-management devices that are now on the market. He is currently a professor of medical devices design at the Institute for Science and Technology in Medicine, Guy Hilton Research Centre, Keele University, in Staffordshire.

As mentioned above, laser marking completely depends on the products being used, and the range of developments being made in the field often correlate to a host of new materials being brought into the market (new polymers and previously unusable metals, for example). While stainless steel (the most commonly used material) is relatively simple to laser mark, the range of products that are now marked are wide, and require a host of different procedures.

“Similarly to stainless steel, titanium-based components are also etched,” says Ogrodnik. “Stainless steel, however, is slightly different. The laser produces a localised heat source that discolours the surface; carbon effectively migrates to the heated area and, hence, the marking appears to be darker than the surrounding material.”

In the former cases, he explains further, the etching produces what are known as stress concentrations. Stress concentrations are dangerous if they are not controlled, as they are points of failure. “Consider the engine components of a Formula-1 racing car. They are polished to remove all scratches in order to minimise these points of failure. Most medical components are polished too, but then we laser mark them. In stainless steels, a slightly different failure point arises. Because the carbon has migrated from one region to another, there has to be a denuded zone (an area of lower carbon concentration), and this can lead to localised corrosion – again, a potential point of failure,” says Ogrodnik.

Laser marking is primarily used for traceability and security – and when asked what the key things medical device manufacturers need to know in order to use this tool effectively, Ogrodnik believes that the idea of the markings being eternal is important.

GUDID is a database that serves as a reference catalogue for every device with an identifier that is used in the medical industry.

“Permanent marking is essential in medical devices as it provides traceability,” he says. “Most commonly, the type of marking would be lot numbers and part numbers and, in the EU, the addition of a CE mark (CE being an acronym for French phrase ‘conformité Européene’, which literally means ‘European conformity’ and is a standard marker of safety for manufactured goods). However, the onset of the Global Unique Device Identification Database (GUDID) means that many components and devices will have to have this marking as well.”

For those not familiar with it, GUDID is a database administered by FDA that serves as a reference catalogue for every device with an identifier that is used in the medical industry. FDA specifies that “under the unique device identifier (UDI) rule, the labeller of each medical device labelled with a UDI must submit information concerning that device to the GUDID, unless subject to an exception or alternative”. It keeps track of all devices, which means that there is little to no chance of faulty products going unclaimed if they were to cause harm.

However: “The problem with GUDID,” Ogrodnik says, “is that its common form is a barcode. A barcode is a series of nice, thin lines – just what all fatigue failure engineers hate,” he jokes.

The main thing Ogrodnik says to consider (or to assume) is that any form of marking can produce a localised point of failure. Therefore, identifying the position of the marking cannot be left to chance – it has to be selected where its potential to have a negative impact is minimal.

Medical Device Developments asked Ogrodnik what the most common mistakes in laser-marked products were, and how he would recommend they are fixed.

“The first [problem] is visibility,” Ogrodnik says. “More often than not, this is because the rules and regulations for marking of components are open to interpretation. Unlike a car, where the identification plate and its associated markings are stipulated in terms of content and position, the marking of medical devices is not so strict.”

Another part of visibility is colour and shade, he says. Sometimes, the colour used is so light that it is almost impossible to read, while others have been so dark that the time taken to mark the component must have eaten into the gross margins of the company. The last part of the issues surrounding visibility is wear. “I have seen some markings that have been placed on reusable instruments, where after only a couple of cycles of use the marking is all but gone – this cannot be traceability in action.”

Aside from security and traceability, there are many aspects of medical device manufacturing and R&D where laser marking is being used.

“Laser marking is just one part of the laser-machining family,” Ogrodnik says. There is, of course, laser welding, laser sintering and laser cutting, but manufacturers now also have the ability to modify local properties using the localised, focused heat generated by lasers. But in these cases, the effects, post-manufacture, tend to be considered at the design stage, whereas this is not always true of laser marking.

Laser marking is most common for compliance, that is, for marking UDI-compliant codes. This is one of its primary uses, and the benefits thereof for manufacturers are many, but its uses have grown in other ways too.

Ogrodnik sees many future trends and developments for laser marking that the industry will want.

“Because of the risk of failure caused by laser marking, I think there needs to be some work carried out on devising alternatives,” he says, “Or modifications to the existing processes. Also, the regulatory authorities could create the impetus for this by pinning down the laser-marking processes for critical components, instead of leaving it to chance.”

Ogrodnik is positive that laser marking will go from strength to strength. As knowledge of it becomes increasingly widespread, the basic mistakes will be left behind and the kinks ironed out, giving companies more confidence in using it. These factors will help to unleash the safety and financial benefits of the process.

“I am just now launching a new MSc in medical engineering design, the aim of which is to produce postgraduates who can slot into the medical devices and healthcare technologies industry,” Ogrodnik says. This will mean that a new generation of scientists and engineers with a good knowledge of the regulations and frameworks that govern this field will be released into the workforce in the coming years, able to make their own mark.