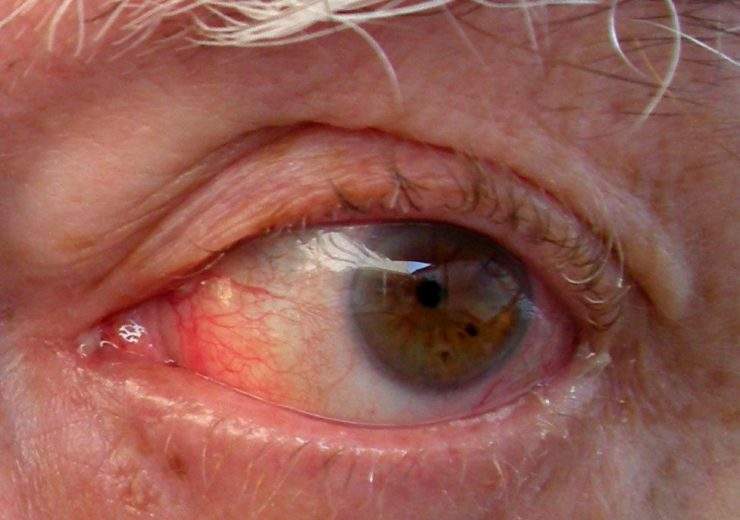 Glaucoma is a common eye condition

Eye drops, contact lenses and pills are some of the traditional glaucoma treatments offered by doctors – but a wave of new tech are innovating eye care.

January marks the National Glaucoma Awareness month, which aims to highlight the treatments available and the adverse effects if glaucoma is ignored.

The common eye condition is the second cause of irreversible blindness in the world, leading developers of medical devices and systems to come up with new tech solutions for patients.

The World Health Organization estimates that 4.5 million people worldwide are blind due to glaucoma.

Due to lack of awareness, glaucoma often goes undiagnosed until it has caused permanent vision loss, which is why it is important to undergo regular eye exams.

The global glaucoma treatment market is emerging with a rapid speed due to some of the major factors such as growing incidences of glaucoma diseases across the globe.

It’s an escalating market of more than eight million patients, which is expected to continue to expand.

In a previous report on the glaucoma market, data intelligence company GlobalData predicted that sales in the sector would reach $3.8bn (£3bn) by 2026.

Based in San Clemente, California, the firm was the first to bring a product to market in the microinvasive glaucoma surgery (MIGS) space with the iStent and iDose devices.

With the iStent trabecular micro-bypass stent, the implant is placed into the eye to relieve pressure and preserve a patient’s long-term vision.

Measuring only 0.23 mm by 0.36 mm, it is believed to be the smallest medical device known to be implanted in humans approved by the US Food and Drug Administration (FDA).

The iDose implant allows the surgeon to inject two stents into the Schlemm’s canal eye vessel instead of one, increasing the likelihood of ending up adjacent to a collector channel – another part of the eye anatomy.

The EyeOP1 was created by Eye Tech Care, a French company developing and marketing equipment for non-invasive glaucoma treatments in ophthalmology – a branch of medicine and surgery that deals with the diagnosis and treatment of eye disorders.

The pioneering French technology has been recognised by the 2016 Europe Frost & Sullivan Award for technology innovation, and has treated about 5,000 glaucoma patients around the world since its introduction to the market.

In addition to a growing number of new tech set to transform glaucoma treatment, changes are also being made to the operating systems at eye centres by revamping them to create a “glaucoma smart clinic”.

RFID technologies use wireless communication and radio waves to capture and read information stored on a tag attached to an object.

A tag does not need to be within direct line-of-sight, it can be tracked from several feet away.

This system being operated in the retail industry to make shopping experiences more efficient, particularly in managing inventory counts – as it’s been made easier to allocate and organise products on shelves.

As the tags have become cheap enough to attach to everyday items system employed in the vision healthcare industry to improve efficiency, it is found to reduce issues of patient waiting times and delays.

The University of Michigan’s Center for Healthcare Engineering and Patient Safety (CHEPS), and its Kellogg Eye Center have collaborated to pilot this technology.

At the Kellogg Eye Center, doctors, ophthalmic technicians, medical assistants and more than 2,000 patients in the glaucoma clinic have already agreed to apply the ID tags implanted with the RFID chip.

Kellogg Eye Center’s glaucoma treatment specialist Dr Paula Anne Newman-Casey says: “We hope to schedule patients in a more respectful way that acknowledges the complexity that goes into glaucoma care and recognises the burden on patients of managing a chronic disease.”

Customising technology to the needs of these patients has brought out a realm of beneficial services being considered from the data collected, such as education and counselling opportunities.

Among them are one-on-one coaching to improve patients’ medication adherence and discussions about new tech for glaucoma treatments.

The device is used in eye examinations by opticians to detect eye diseases in the early stages through scanning both eyes.

Topcon’s OCT technology is now part of every eye exam at the UK-based optical retailer.

The companies claim the technology is helping thousands of patients detect and avoid irreversible vision damage or complete vision loss.

Specsavers has also noted that in Australia, the detection rate of glaucoma has doubled.

As a result, the number of patients referred for glaucoma has increased by 10,300 since 2017.