Code of conduct – we talk to Anton van Zijl

The healthcare industry is set to implement unique device identification on a global scale. Anton van Zijl, chair of the European Health Industry Business Communications Council, explains to Abi Millar how this standardised barcode system will impose some much-needed consistency upon the labelling of medical products and improve efficiency across the supply chain. 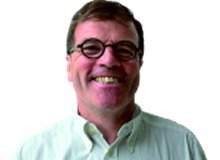 In September 2007, it was enshrined in US law that all medical devices would soon be required to carry a barcode. From production line to patient, this unique device identification (UDI) system would apply all the way across the supply chain. It would revolutionise the way that devices were labelled, identified, reported, recalled and traced.

The law did not specify how and when this system would be implemented. Rather, it called upon the Food and Drug Administration (FDA) to announce its own regulations. These are slated to be published some time in 2012, giving the healthcare sector just a short window of time in which to prepare. While these particular rules will apply to the US only, European legislation isn’t languishing far behind. Here, the implementation of a UDI system may be mandated from as early as 2014.

Anton van Zijl is emphatic that there’s not much time to waste. As chairman of the European Health Industry Business Communications Council (EHIBCC), a non-profit organisation promoting a barcode standard within healthcare, he has devoted his career to the cause. "I do think the UDI will become a legal requirement in Europe, and the sooner the better," he says. "Hopefully it will be within the next few years."

Of course, the medical device industry is hardly guilty of vetoing barcodes up until now. The problem is rather the lack of uniformity. Products are arriving in hospitals marked with different symbologies and the absence of a common vocabulary paves the way for a potential Babel of confusions.
As for hospitals themselves, their in-house product identification platforms tend towards the idiosyncratic. "Most hospitals have their own system," says van Zijl. "But it’s not a total quality care management system, and it’s not one that’s implemented by the industry."

As van Zijl sees it, the medical device sector would reap the benefits of standardisation, possibly more than most. Here, we are not talking about shortening queue times in a supermarket; we are dealing with potential life-or-death situations."There’s always the possibility that something might go wrong," says van Zijl. "I’m thinking of products such as heart valves, and artificial knees and hips. If there’s a recall, the hospital needs to be able to trace the product to a specific patient."

A unique device identifier would impose some much-needed homogeneity. "UDI allows you to barcode X-rays, laboratory results, medicine, medical devices -any hospital products. And you can follow them through the whole chain – from the point of manufacture and through the hospital stock, right through to the patient."

"UDI allows you to barcode X-rays, laboratory results, medicine, medical devices -any hospital products. And you can follow them through the whole chain."

If such efficiency seems far removed from present reality, it is reassuring to note that a UDI system won’t have to start from scratch. There are already two data structures compatible with its requirements, the respective merits of which are subject to an ongoing debate.

The first type of barcode is issued by GS1, the body responsible for the ubiquitous Universal Product Code. Introduced in 1974, it will be familiar to anyone who’s ever been shopping; its applications, however, extend further than the checkout scanner. The GS1 code is a multi-industry standard, compliant across a dizzying array of sectors.

Healthcare is no exception. With the GS1 code a common sight on medical product labels, it is compatible with all segments of the supply chain. This includes manufacturers whose products are not exclusively tailored towards medical devices, as well as those that operate within the industry alone. This code’s scope, however, is also its undoing. GS1 does not differentiate between medical products and freely chosen consumer goods and thus fails to address certain challenges specific to healthcare.

It was for this reason that HIBCC was set up in 1983. Joined by EHIBCC, the European wing, in 1987, the organisation developed the health industry bar code (HIBC) as a means of securing patient safety. With stringent labelling standards ensuring high traceability, the code is perfectly suited to an industry ridden with regulations. Of course, the medical device sector is in constant flux, and barcodes too are changing with the times. In this light, a move towards UDI might seem a logical next step. Both GS1 and HIBC will be transformed into a single device identification system that is consistent, unambiguous and truly global in scope.

"There’s a regulation in place to organise a committee that is working worldwide," says van Zijl, "and the HIBC and other barcode systems are recognised worldwide so you can use them anywhere."

The advantages here go way beyond streamlining the supply chain. At last December’s UDI conference, Jay Crowley from the FDA cited effectiveness, post-market surveillance, patient safety, traceability and quality of care. To this list, van Zijl adds a probable reduction in mistakes. "Written tracking methods carry a high margin of error," he points out. "But with UDI, it’s a question of scanning the product, and then it’s in the patient’s valve. You can be certain you’ve got the right one there, and the responsibility is kept where it belongs."

Furthermore, in these financially straitened times, there appears to be a good economic incentive. "You can save money on the stock, save money on the handling of the patients, save money on archives. Here I’m talking specifically about the HIBC barcode. You can use this for things such as X-rays and laboratory results, and then you can easily archive it and find it later."

An element of doubt

With UDI now an inescapable reality, it is understandable that industry figures should be determined to play up its benefits. Hospitals will soon have to fall in line whether they want to or not, and it will make for an easier transition should they do so on voluntary terms. What is less clear, however, is the other side of the story – the reasons why hospitals and other healthcare providers may still be reluctant to jump on board. The UDI conference, in fact, barely addressed the disadvantages, with podium discussions confined mostly to the practicalities of implementation.

A few hospital representatives mentioned that while UDI looked like a good way of optimising hospital processes, it wasn’t the only solution, and that the issue of patient safety could not be solved simply through standardising barcodes. Nonetheless, they saw UDI as a positive step, one that would help them move ever closer to the vision of a fully automated in-house identification system.

Van Zijl thinks that hospital wariness is largely due to an erroneous cost-benefit equation. Implementing UDI will certainly cost some money upfront – for example, in the form of bedside computers and scanners – and it may take a while for the advantages to be realised. "We always used to say that you have to spend money before you can save money," he says. "Hospitals don’t see that they will save money or that there will be benefits for their patients."

There seems to be a kind of institutionalised myopia at work, illustrated by the length of time it has taken for HIBC to gather pace. As early as 1987, van Zijl went to Detroit to view a hospital in which barcoding was used in a very extensive, albeit incomplete, way. "Since that time they’ve made no progress," he laments. "This is in spite of the fact they knew the advantages." Van Zijl’s team also ran some experiments with barcodes in the cardiac operations room of Leiden University Hospital in the Netherlands. "They saved a great deal through being able to follow the stock through the supply chain," he says, "so even without mentioning the way it helps patients’ safety and health, it was tremendously beneficial. But they stopped the use halfway through the experiment and there was no follow-up in other operation rooms."

The organisation is therefore engaged with helping hospitals see the benefits for themselves. Part of van Zijl’s job is to give presentations to boards, showing them how much they can save.

He certainly makes a compelling case. By improving efficiency, speeding up recall, saving money and ensuring that each product can be traced, UDI looks set to make healthcare barcoding just as systematic as that of retail.

This is no small task when you consider the additional challenges thrown up by the medical sector. As we move closer to the day when UDI becomes a legal mandate, the climate of opinion seems to be becoming more receptive. Last year’s conference will be followed by another this winter, organised by the FDA and targeting manufacturers, distributors, purchasers and providers of healthcare equipment. The conference will update attendees as to the current status of the regulation, as well as helping them to understand precisely what’s in it for their organisation.

Van Zijl is positive that the future bodes well for healthcare barcoding, but his ambitions are nothing if not far-reaching. "We want to see a situation in which UDI is used across the globe in hospitals and healthcare institutions; in the doctor’s practice; in pharmacies. The system is easy to implement, but you have to see the advantages and go along with them."

Irrespective of individual opinion, the regulation is set to impact the healthcare sector – and it’s coming soon. The onus is on the industry to utilise the time available effectively, ensuring that the impact is as smooth and as seamless as possible.