High-temperature superconductors could eliminate the need for cooling in MRIs of the future and therefore dramatically reduce costs. Nic Paton speaks to Dr Paul Steffens, a scientist at the Institut Laue-Langevin (ILL) neutron research facility in Grenoble, France, about the research the institution is conducting into unlocking the secrets of higher temperature superconductivity. 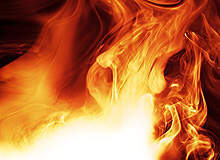 The science behind magnetic resonance imaging (MRI) is complex, but one of the key elements of such imagers is the fact they use ‘superconducting’ magnet coils to produce a large and uniform magnetic field that, through the way it interacts with the molecules inside the patient’s body, creates a frequency, or ‘image’, that can be detected and recorded.

But while the advances MRIs have brought to medical diagnosis have been phenomenal, creating this superconducting environment comes at a price, as Dr Paul Steffens, a scientist at the Institut Laue-Langevin (ILL) neutron research facility in Grenoble, France, explains.

"MRI scanners need to be kept at very low temperatures because that is the only way for superconductivity really to work. They are kept just a few degrees off absolute zero, zero on the Kelvin scale and -273.15°C on the Celsius scale. If you have too high a temperature the electrons within the material just do not superconduct.

"But, of course, cooling to this level is extremely expensive in terms of both technology and effort. It requires liquid helium cooling, the cost of which is again very substantial because helium is an expensive gas. It is possible to create cooling using liquid nitrogen, which is a lot cheaper, but you cannot bring the temperature down that far," Steffens says.

It was discovered in the 1980s that superconductivity could be achieved at higher temperatures through the use of copper-oxide superconductors (see Superconductors, above), a breakthrough that has whetted the appetite of scientists ever since. Now, in groundbreaking research, Dr Steffens from the ILL and others at both the Laboratoire Léon Brillouin, France, and the University of Minnesota, US, have unlocked some of the secrets behind these so-called high-temperature superconductors.

"Of course, the term ‘high’ is this context is relative – what we’re meaning is around -170°C, so it is still extremely cold – but the difference can be substantial in that, to get to that sort of temperature, you can use liquid nitrogen.

"Within these superconductors there tends to be a certain type of magnetic order, an order in which the electrons form and patterns are created around the atoms. So we wanted to look closely at these magnetic properties and how this was connected with superconductivity. As soon as you know what drives these materials and creates superconductivity then you can aim to develop better materials," he says.

The team used IN20-polarised and IN8-unpolarised neutron spectrometers to prove experimentally for the first time the existence of unusual magnetic excitations in what is called the ‘pseudo-gap phase’ that precedes the transition to superconductivity at high temperatures (see Pseudo-gap phase, p75).

The theories of CM Varma, of the University of California’s Physics Department (see Pseudo-gap phase, p75), argue that the superconducting state is preceded by the spontaneous formation of microscopic electrical current loops, creating microscopic magnetic moments.

This in turn takes us another step closer, as Steffens has indicated, to the day when we might be looking at mainstream applications.

For medical device manufacturers the key question is, of course, ‘application’. Cutting-edge research is valuable, but how far off is it from evolving into something that can, feasibly and competitively, be applied?

Steffens is cautious as to how quickly this sort of research might become applied in the mainstream, or indeed when it might be applied in a high-temperature superconductivity MRI scanner within a hospital setting.

"The MRI scanner of the future, for the patient or the physician, will probably look quite similar to how it does already. But the big difference from the hospital’s point of view is that it will be cheaper."

"Within five years I’d suspect we will have seen progress but the difficulty with this sort of research is that progress generally is not continuous, which makes it hard to predict," he says. "So if we’re lucky it can go much faster, but currently there seem to be still a lot of problems to overcome.

"The MRI scanner of the future, for the patient or the physician, will probably look quite similar to how it does already. But the big difference from the hospital’s point of view is that it will be cheaper."

"If we can raise the temperature even more, and even one day perhaps get it up to room temperature, then you are going to need less cooling, or even no cooling at all. You might, for example, be able to have the magnets in your pocket. It is just a case of finding the right material.

"Apart from the temperature, this means also that the material must have the right mechanical properties and should be cheap to produce. This is of course very important, and it’s indeed one of the reasons why we’re not quite happy with some of today’s superconductors.

"Everything, every application that is related to strong magnetic fields or involves the transmission of electricity through wire, could benefit from advances in this area. Superconductive wiring, for example, could reduce the cost of energy transfer significantly. For medical diagnosis and implants, we may imagine high-performance, low power consumption and miniaturised electronics, ultra-sensitive probes, and much more; the range of possible applications is enormous."

"But there are many stages still to go. Medical scientists will need to be working closely with materials scientists – who make use of the knowledge around the underlying physics – and perhaps with chemicals scientists too. If we are going to superconduct at much higher temperatures then that is probably going to require the creation of completely new materials.

"The onus now and in the future is going to be very much on device manufacturers and R&D specialists to be developing contacts, relationships and partnerships with materials scientists and others to take this type of research to the next level – the application stage."