Heart of the device market 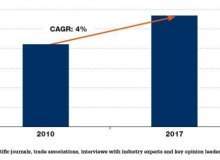 GlobalData’s report provides market landscape, competitive landscape and market trends information on the cardiovascular devices market in emerging countries. The report provides comprehensive information on the main trends affecting the market, and key analytical content on the market’s dynamics. The report also reviews the competitive landscape and technology offerings, and was built using data and information sourced from proprietary databases, primary and secondary research and in-house analysis by GlobalData’s team of industry experts.

"17.1 million individuals die of CVD each year globally, making it the leading cause of death."

Cardiovascular disease (CVD) refers to a class of diseases that involve the heart or blood vessels. The most important behavioural risk factors of heart disease and stroke are unhealthy diets, physical inactivity and tobacco use. According to the World Health Organization (WHO), 17.1 million individuals die of CVD each year globally, making it the leading cause of death. It also estimates that 80% of CVD death takes place in low and middle-income countries.

The cardiovascular devices market in emerging countries, which includes China, Brazil and India, was worth $2.1 billion in 2010 and is expected to reach $2.8 billion in 2017, growing at a compound annual growth rate (CAGR) of 4%. The cardiovascular devices market in these countries is expected to be driven by an increase in CVD incidence, the availability of new technologies, increased focus from major multinational companies on these geographies and a rise in levels of affordability. Lifestyle changes and associated risk factors. It has been projected that the incidence of CVD will increase by 73% in China by 2030. Various lifestyle-related diseases such as diabetes and obesity have put a large number of people at risk of developing CVD. Changing dietary habits and work-related stress in urban living conditions have been key factors in bringing about lifestyle changes and lifestyle-related diseases.

There has been a rise in the size of the smoking population and in the prevalence of medical conditions such as diabetes, hypertension, hyperlipidemia and obesity in emerging countries. According to the World Health Organization (WHO), the percentage of smokers above the age of 18 years in China is 59% in men and 4% in women. Likewise, 35% of men and 3% of women above the age of 18 in India are smokers, while in Brazil 29% of men and 18% of women smoke. The rise in the incidence of these factors is expected to drive the cardiovascular device markets in these countries.

"In 2010, interventional cardiology devices accounted for 47% of the total revenue generated within the cardiovascular devices market in emerging countries."

In 2010, Medtronic Inc., with a share of 13%, was the leader in the cardiovascular devices market in emerging countries, followed by Boston Scientific Corporation with an 11% share. Other key players in the market are Terumo Corporation (6%), Abbott Laboratories (5%), Lepu Medical Technology (Beijing) Co. (5%) and MicroPort Scientific Corporation (5%). A strong product portfolio catering to various categories within the cardiovascular devices market has helped Medtronic and Boston Scientific gain a competitive advantage.

Demand for robotic systems on the rise as elective surgeries resume, says analyst