Flexible bioactive glass can be 3D-printed into scaffolds, which stimulate cells to produce a cartilage matrix unlike any other existing device 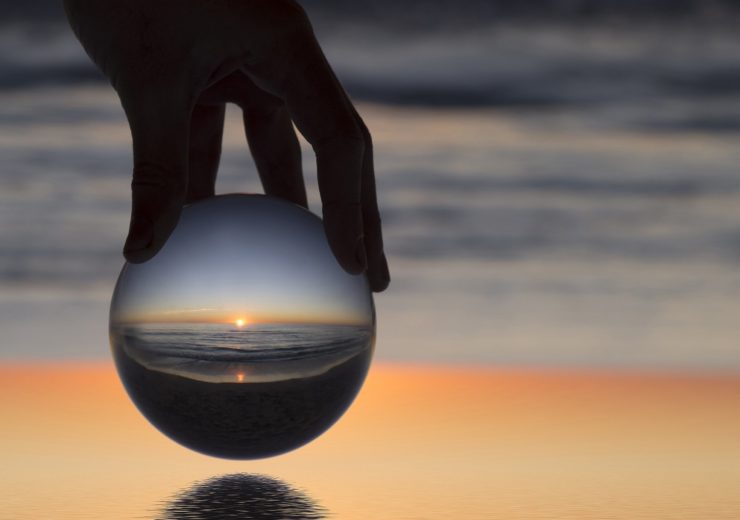 Professor Julian Jones of Imperial College London believes once self-healing glass technologies have successfully been used in sports injuries, regenerating cartilage lost due to arthritis may be the next step (Credit: Shutterstock)

Bouncing, bending and bonding to bone, bioactive glass is increasingly looking like a miracle material. The liquid-like solid is showing its worth in everything from healing wounds to replacing intervertebral discs. Medical Device Developments reporter Tim Gunn talks to Professor Julian Jones of Imperial College London and Professor Aldo Boccaccini from the University of Erlangen-Nuremberg about the properties that make it so valuable for medical devices.

The glass prosthesis in her middle ear was conducting sound waves, just as the tiny bones she had lost to infection once did.

She would not be deaf to her second child’s first cries, nor the voice confirming her order at the drive-through.

What would you do as the local anaesthetic wore off in a Florida hospital in 1984, your hearing restored by the unprecedented ministrations of a lunch-deprived man, but cry hamburger, hot dog and ice cream?

It was with that calorific mantra that a human-made material, Bioglass 45S5, first began to bond with living tissues inside a human body.

On the surface of the device, a rapid series of chemical reactions were forming hydroxyl carbonated apatite (HCA), which, due to its similarity to bone mineral – hydroxyapatite (HA) – can interact and integrate with living tissue.

The cells in the stapes and eardrum were using it as the basis for the new bioactive bonds that would hold the prosthesis in place as securely as bone itself.

Unlike the bioinert alternatives, this implant would neither slip nor be pushed out of place, thus protecting the young mother’s ears from further damage.

It had been 15 years since materials scientist and children’s author Professor Larry Hench discovered bioglass, but even after he watched over the success of its first in-human trials, he could hardly claim that he fully understood its potential.

In fact, over the next few years, Hench and his research team began to realise that, more than simply bonding to living tissue, the material was capable of regenerating it.

This too was attributed to the formation of HCA on the surface of implants in the body, although that didn’t explain why synthetic HA was comparatively ineffective.

Whereas HA supported new bone growth at the bone-implant interface, 45S5 also did so within the implant itself.

How does the healing effect of bioactive glass work?

It was not until the early 2000s that Hench and his new research partner, pathologist and tissue engineer Professor Dame Julia Polak, developed a clearer idea of what was going on.

The most pronounced healing effects of bioactive glass are caused by the release of ionic dissolution products as the material reacts with the body.

In particular, as 45S5 glass degrades it releases sodium ions, calcium ions and soluble silica, a process that stimulates osteoprogenitor cells and facilitates the production of new bone.

This realisation marked the beginning of what Professor Aldo Boccaccini calls the “second life” of bioactive glass.

He said: “The gene expression of bone cells was being activated by the ions released from the glass.

“They were moulding the formation of new bone tissue by acting directly on the cells.”

As was clarified later, calcium ions assist in the migration and proliferation of epidermal cells and accelerate blood-clotting, while silicon ions advance neovascularisation and stimulate the formation of collagen.

For Boccaccini and others, it was becoming clear that “if we control particular aspects of the chemical composition and the kinetics of releasing ions, these glasses can communicate with different cells and provide different biological responses”.

Indeed, bioactive glasses are now found in toothpastes and cosmetics, as well as orthopaedic particulates and wound-healing systems.

Until recently, however, such materials had not overcome their primary limitation.

Bioactive glass is still glass, and glass is far too brittle for many functions required by the human body.

Professor Julian Jones said “that was an accident” in an offhand reference to the time he made a glass that could heal itself.

The team Jones leads at Imperial College London was trying to engineer a bioactive material capable of taking cyclic loads. He was messing about with one of their latest 3D-printed test cylinders.

Unlike melt-derived glasses, it had been formed through the sol-gel method, a chemical process whereby solid ceramics and metals are grown from small molecules and printed before they have fully solidified.

Jones said: “I was squeezing it going, ‘it’s almost there, I think that’s almost what we’re looking for.’

“It was just a bit stiff, and by squeezing it I cracked it across the diameter.”

As far as Jones was concerned, that crack showed why “almost there” wasn’t good enough.

Insufficiently intrigued by the fact that the chunk had not just exploded, he put it down and turned to his fellow researchers to discuss how to improve on the design.

The sol-gel method made it possible for the team to mix biodegradable polymers into bioactive glass on the molecular level by growing them together through a series of chemical reactions.

Unlike a composite, the resulting hybrid would act as one material.

The team just had to get the mixture right and their bioactive glass would be able to take the cyclic loads the human body exerts on its constituent parts.

After 20 minutes of brainstorming, Jones picked up his stress-tested glass again.

He added: “I checked all the others to make sure I hadn’t mistaken the one I put down, but I hadn’t – the crack was gone.”

The accident of creating a self-healing implant material was one of a few strokes of luck in the story of bioactive glass.

Incredibly, Hench chose the optimal chemical composition for his bioglass on the first try.

Jones and his team’s attempts to develop the best possible bioactive bone implants also resulted in a glass hybrid that could bounce and bend — a perfect fit for repairing cartilage, which is even more difficult than regrowing bone.

At present, sports injuries like a torn meniscus can take months to heal.

Regenerating the cartilage requires surgeons to dig into the surrounding bone to release stem cells, but these can only produce a dense and fibrous form of scar-like tissue, which lacks elasticity and quickly wears out.

By contrast, when Jones’s bouncy scaffolds are printed in the correct channel size, they can enhance and guide stem cells to produce the particular architecture of joint cartilage, which grows through microscopic holes in the glass as it biodegrades.

Jones said: “If you’re repairing bone, you need big channels that bone and blood vessels can grow into.

“For cartilage, you don’t need any of that; what you want are channels small enough for individual cartilage cells to communicate with each other.”

Furthermore, the material’s ability to bond with tissue and take cyclic loads means that patients could return to pre-injury activity levels within a few days of receiving the implant.

That would be a boon for sportspeople in the short and long term, minimising recovery time while ensuring that the damaged tissue regenerates to meet the demands of continued stress and activity.

Sports injuries are a relatively limited application, but non-biodegradable variants of the “bouncy” bioactive glass scaffolds could also be used to replace intervertebral discs.

Jones added: “Obviously — what people want and really need is regeneration of cartilage lost due to arthritis.

“If we can develop better ways of detecting the onset of arthritis, then these sorts of technologies may translate to that once we’ve proved them in sports.”

A look to the future: What other potential uses does bioactive glass have in medicine?

Jones and Boccaccini began their work on bioactive glasses with Hench in the late 1990s and early 2000s.

Boccaccini said: “He used to say ‘I will retire in three or four years, so you can take over some of my research’, but 10 years later he was still there.”

Today, only Jones remains at Imperial, but both material scientists have defined and been defined by the second lives of bioactive glass.

As Boccaccini explains, the discovery of the effect of bioactive glass ion products on vascularisation made the material applicable across the whole human body.

Cartilage is a notable exception, which is why it is so difficult to regenerate, but most of the body is vascularised.

Boccaccini said: “The blood is everywhere, so you are not necessarily bound to use glass simply for bone repair.”

To take one example, nickel and cobalt ions can be added to bioactive glasses to mimic hypoxia and aid wound healing.

Boccaccini added: “In simple terms, when the glass starts dissolving, those ions will absorb oxygen from the area of the wound.

Equally, bioactive glasses could be used for drug delivery devices that synergistically release therapeutic dissolution products alongside their drug payloads; or as a coating for wound dressings and other implants, where they can release antibacterial ions as required.

He said: “There isn’t a good way to regenerate diabetic ulcers at the moment, and bioactive glass could be the next big thing.”

The product can heal wounds up to 40% faster than its direct competitors.

Boccaccini is similarly excited by Mirragen, but urges caution, adding: “All these things are coming, but more research has to be done.

“There is still a gap in the data on the long-term effects of the release of ions and the degradation effects of bioactive glasses in realistic in vivo models.

“It’s the obvious thing to do, but it’s very expensive.”

As Hench once wrote: “Being a pioneer and ahead of one’s time is, on the whole, not desirable.”

Still, since his death at 77 in 2015, Jones, Boccaccini and others have been happy to take on that mantle.

However long the next stage of development takes, it is quite a legacy.