Smart packaging is revolutionising medical devices. With technology allowing communication between devices and software, patients, doctors and manufacturers are all set to benefit. Bradford Keen speaks to Dr Javier de la Fuente, assistant professor at the Orfalea College of Business at California Polytechnic State University, and Steve Bagshaw, business development manager at the Centre for Process Innovation, about how intelligent packaging holds the power to affect real change in patients’ lives. 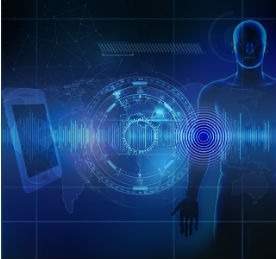 The Irish physician Dr Francis Rynd invented the first recorded subcutaneous syringe in 1844 to help treat a desperate patient’s neuralgia. Rynd expected it to be better than the prevailing method of oral ingestion and his assumptions were confirmed. So effective was his invention, it earned him the praise of British nurse Florence Nightingale, who said: “Nothing did me any good but a curious little new-fangled operation of putting opium under the skin, which relieved one for 24 hours.”

Despite Rynd documenting the use of his syringe in 1845, it took nine years for the design to be improved when Scottish physician Alexander Wood, often considered the inventor of the hypodermic needle, added a plunger to the device. Nearly 160 years passed before the next big shift.

In 2014, Dr David Swann won the World Design Impact Prize for a syringe that changes colour after use, inhibiting the spread of disease. Swann’s addition was undoubtedly groundbreaking, but within two years, a company had created an injector that educates patients about their dosage schedules via near-field communicative tags, pocket-held computers and online video tutorials.

This is the reality of smart packaging. With near-field communication (NFC), radio-frequency identity tags (RFID), sensors, Bluetooth and smartphones, consumers can now interact with a product via its technology-laden packaging. It isn’t necessary to travel back to 1844 to see how far medical packaging has come.

Moving away from syringes, husband and wife Gautam and Kanupriya Goel won a Red Dot Design Award in 2012 for their self-expiring packaging for medical products. The pair designed the packaging to help their poor-sighted elderly parents. Simplistic yet ingenious, this concept relies on two layers of ink holding different information. The first offers details about the product, while the second and invisible ink boldly reveals the product’s expiration date, only once it has reached it. Impressive, yet it pales in comparison with what medical device packaging is capable of just a few years later.

Nowhere is smart packaging technology more relevant, according to Dr Javier de la Fuente, than in the area of medical devices and pharmaceuticals. “My point of entry to packaging research was usability and human factors,” says the assistant professor at the Orfalea College of Business at California Polytechnic State University, “and, for some reason, pharmaceutical and medical device packaging were the industry sectors that were most concerned with that. I had this holistic point of view about the industry – not only the product protection, but about who is going to open it, who is going to store it and how you identify the medical device when there are so many of them.”

The example of the modern syringe, YPSOMED’s YpsoMate Smart, embodies the holistic view de la Fuente espouses. Indeed, he cites its technology as affirmation that “the possibilities are limitless”. What makes a medical device such as this modern injector so powerful is its ability to connect. The user will scan the device with a smartphone, which streams an online video tutorial showing how to administer the medicine correctly. With better drugs these days, patients do not need to inject or ingest as often as before, and often fail to develop medicine-taking schedules, habits and familiarity.

The videos help remind users how to self-administer the drug, but once the drug is consumed, the device can be scanned again to confirm that it has been properly used, deliver data to an online injector diary and set a reminder of when next to take the drug. This is not just about convenience. According to an YPSOMED report, in the US market alone, costs born from lack of dosage adherence on the part of patients totalled an estimated £200 billion, about 8% of total healthcare cost.

Of course, the injector is not the only smartly packaged medical device worth talking about. Propeller in the US has designed a small attachment containing a sensor that connects to an inhaler used by those suffering from asthma or chronic obstructive pulmonary disease. With a corresponding app, the device records and collates information as to when, where and why the inhaler has been used. This is compiled for users’ doctors to help improve treatment. Propeller’s marketing material claims the device is responsible for 79% fewer asthma attacks, 50% more doses being taken on schedule and 50% more symptom-free days. There is also the Sugarcube for diabetics that uses an app and Bluetooth technology to test blood-glucose levels, record and send measurements in easy graphical displays to doctors and selected loved ones, and even inform users of the app where diabetic-friendly eateries are located.

While the devices’ uses are varied, their essential aspects are the same. “An application will have a software facility, typically an app,” de la Fuente explains, “and this app is the main part of the value because it will track how well the patient is doing with this drug – how many doses, adherence, and all the information that the doctor and the patient would like to know.”

This all sounds revolutionary, and it is, but smart packaging remains in its infancy, albeit with a lifespan that hints at substantial achievements. “We are still in the first stages of these types of products,” de la Fuente says. “The sensors are passive. It requires that the person scans or does something on a tablet or smartphone to exchange or get data. It’s not like these packages are connected all the time.” To do this, the device would require its own power supply, which de la Fuente says is too expensive to consider at this stage.

In 20 years in packaging, de la Fuente says that nothing really happens until the price is right. “Companies will not do anything that is not aimed at lowering costs; that is for sure. So, with all of this new technology or these movements, like the sustainability movement, nothing happens until the cost factor stays the same or is lowered.”

Steven Bagshaw thinks similarly. The business development manager at the Centre for Process Innovation, a technology innovation centre in the UK, says: “The demand for intelligent packaging is there, but the technology has yet to reach the viable price point of less than $0.01 a unit that will enable true mass-market adoption.”

With printed electronics, which continue to grow cheaper, de la Fuente is optimistic about progress. His belief, however, is that smart packaging is more geared towards benefitting manufacturers rather than end users. The power of smart packaging lies in the supply chain. Products can be tracked and traced, and theft and counterfeiting drastically reduced.

“While smart packaging has potential applications across all industries and sectors, the pharmaceutical and food and beverage industries are currently poised to benefit the most,” Bagshaw says. “It is within these industries that consumers and brands face the most dangers from improperly packaged goods, expired products and improper use.”

“Smart packaging will allow doctors to monitor their patients’ intake of medication and use of medical devices,” Bagshaw says. “Furthermore, businesses will be able to track stocking needs down to individual units and measure return on investment in real time. Additionally, smart packaging allows businesses to track, gather and process this data in a non-intrusive way.”

In the pursuit of perfection, it is worth identifying problems that besiege the smart packaging sector. In a time when sustainability is demanded by consumers and aimed for by manufacturers, recyclability of products and packaging is a fundamental issue. “Disposal also presents a challenge,” Bagshaw says. “When people finish a bottle of medication, they discard the package or bottle because they no longer need it. However, sensors and other electronics have value, and the disposal of electronics requires a sustainable and cost-effective solution.”

While recyclability, or the lack thereof, and the high cost of technology will be necessary obstacles for smart packaging to overcome, they are minor compared with the positive impact it will have. This is especially so when relevance to users is considered.

At Chicago’s Global Food & Beverage Packaging Summit in July 2015, Jim Warner, president at design company JW3D, spoke of smart packaging as being “very humanistic, because it is relevant to people. Connectivity is crucial for the next evolution in smart packaging. Make it part of the social media channel and make it [seamless] with dynamic interaction.”

It is upon the back of these platforms that smart packaging can really resonate with users. A primary concern for home-based healthcare is the isolation of patients and lack of adherence to medicine dosages. Creating a community that reinforces healthy behaviour and holds users accountable to one another is an effective means of behavioural change. With medical devices, a simple system of online rewards or affirmations could motivate stricter adherence and enhanced engagement.

While 160 years separated the development of Rynd’s invention and Swann’s colour-changing syringe, it took just three years to realise the YpsoMate Smart. Technology is evolving almost as quickly as the imaginations of its developers. Manufacturers can use smart packaging to protect their products against theft and counterfeiting, hospitals can keep better track of their inventory and brands can encourage greater interaction with users of the devices. However, by combining the humanistic relevance and limitless opportunities of smart packaging, end users can thrive; isolated patients self-administering medication at home can be empowered by connectivity that educates and communicates.