For World Parkinson's Day, we profile new devices that integrate AI and protein drugs that can help trigger movements in people and be treated at home 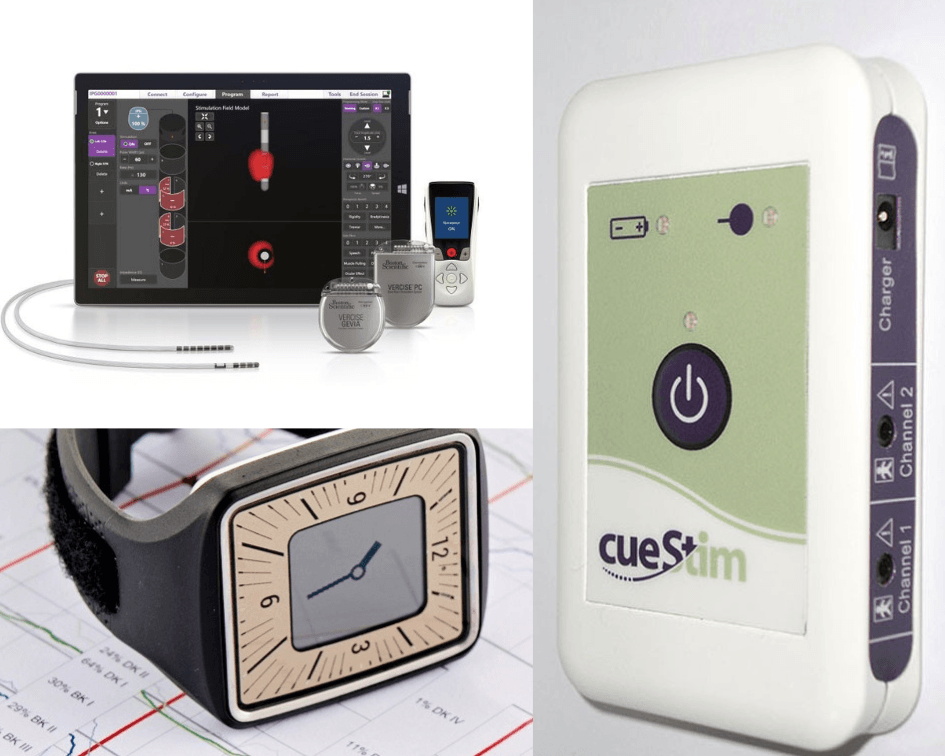 With the arrival of World Parkinson’s Day on 11 April, there remains no established cure for the diseases but the market is home to a number of medical devices attempting to address its many symptoms.

With approximately 10 million people worldwide diagnosed with Parkinson’s disease, it is now the second most common age-related neurodegenerative disorder, after Alzheimer’s disease.

According to the European Parkinson’s Disease Association, more than one million people live with the disease in Europe today, and this number is forecast to double by 2030.

Here we profile a range of minimally invasive treatments which are capable of transforming lives by disabling various neurological symptoms like tremors, muffled speech and slowed movements.

What is Parkinson’s disease?

It is a chronic degenerative disease that causes parts of the brain to become progressively damaged over many years.

In its overview online, the NHS explains that a person with Parkinson’s disease can experience a wide range of physical and psychological symptoms, including depression and anxiety, balance problems, insomnia and memory problems.

UK home care provider Cera Care recently surveyed 2,000 UK adults to find out if people can recognise the symptoms of Parkinson’s Disease, revealing only 22% felt confident in their understanding of the symptoms of the disease.

Developed by Global Kinetics Corporation, based in Australia, the Parkinson’s KinetiGraph system is an innovative FDA-cleared and CE-marked mobile health technology.

The Personal KinetiGraph is a wearable device that collects data on a patient’s movement, providing information about the motor symptoms of Parkinson’s – such as tremors, slow or involuntary movements and immobility – to a patient’s doctor, which reduces the cost of a visit.

The wrist-worn device is a useful tool for neurologists in the management of Parkinson’s disease, as it helps them in recommending more appropriate treatment choices for their patients.

This is according to a real world clinical study evaluating the impact of using the Personal KinetiGraph published in the Journal of Parkinson’s Disease.

The device is currently commercialised for clinical use in 17 countries, including the US.

A start-up based at the University of South Australia’s Innovation & Collaboration Centre has launched a web application able to detect early warning signs of Parkinson’s disease.

Users are instructed to upload a video recording of the sufferer performing certain tasks.

AI software then combines machine learning and computer vision techniques to identify and track the movements in various joints, comparing them with known Parkinson’s symptoms.

App developer and Lookinglass chief technology officer Simon Cullen explained that the software was designed to keep elderly people in their own homes for longer and reduce the number of appointments with doctors and occupational therapists.

He also said it is an ideal application for people living in regional and remote areas, who don’t have easy access to clinicians.

“Our solution removes the manual effort for diagnosis and reduces error caused by ineffective communication technologies.”

It is a protein found naturally in the body and may be able to alleviate Parkinson’s symptoms and even stop its progression after being implanted into the brain by a neurosurgeon through catheters.

The team is also trying to identify easier and cheaper ways for the CDNF drug to be inserted into places in the body where it can best treat the symptoms of Parkinson’s.

The cueStim system is a device worn around the waist that helps prevent a common condition of Parkinson’s known as Gait Freezing – which patients describe as feeling like their “feet are being glued to the ground” – by using electrical stimulation.

Test results were published in the Journal of Healthcare Engineering from a study evaluating how effective and practical the device could be.

The study involved a group of people with Parkinson’s and was conducted by Galway-based scientists working with clinicians from the NHS Greater Glasgow and Clyde.

Its findings proved that “fixed” rhythmic sensory electrical stimulation significantly reduced the time taken for a person with Parkinson’s to complete a walking task, as well as cutting the number of gait freezing episodes.

The device is controlled through Bluetooth from a smartphone and allows a person to get moving again.

The therapy involves sending mild electrical stimulation to leads implanted in a targeted area of the brain, powered by an implantable pulse generator.

The FDA-approved devices enable physicians to control the range, shape, position and direction of electrical stimulation to treat the symptoms of Parkinson’s disease.

Dr Francisco Ponce, director of the Barrow Center of Neuromodulation in Arizona and the first centre to implant the new system, said: “The progression of Parkinson’s disease necessitates a therapy that can evolve with the patient over time.

“These factors may improve patient comfort and allow physicians to adjust treatment as a patient’s needs change.”