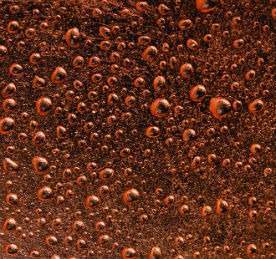 A recent research project has revealed that the amount of bacteria on copper objects in hospital rooms is much less than on stainless steel, plastic and new polymer composites. This effectively means we have been going in the wrong direction. Would it better for medical device manufacturers to revert to the old ways and use copper on hospital-room accessories in order to prevent the spread of infection?

The study was led by Dr Michael Schmidt, a microbe immunologist from the Medical University of South Carolina, who believes manufacturers of hospital goods should look to copper for the future. “The Copper Development Association was looking for new opportunities for placing copper into products, and their head of R&D was intrigued by a report from a group of nurses who commented that brass doorknobs had less bacteria than stainless steel ones, so he began to investigate.”

Schmidt’s team did, too: “If we place of a limited amount of copper surfaces in the built environment, will we be able to reduce the incidence of HAIs?” they asked. The evidence would suggest that the answer is ‘yes’. Other tests have been performed on pure copper, high coppers, brasses, bronzes, copper-nickels and copper-nickel-zincs, giving manufacturers a full range of cost options for what they could employ in medical products.

Stainless steel IV poles and bed rails could be coated in nanoparticles of metallic copper, which has antimicrobial properties. Among other obvious places like on flush mechanisms in the toilet, door handles and taps, long thin filaments of non-toxic, bactericidal zinc could provide a protective metallic coating to bedsheets, as well as curtains and paper towels. The nurse call button and other surfaces could be etched with nanopillars that kill bacteria on contact.

Schmidt and his colleagues refitted several hospital intensive care unit rooms using metallic copper alloy surfacing to cover bed rails, and then randomly assigned patients to either the copper-laden rooms or rooms disinfected using standard protocols. After one year of observation across three separate hospitals, the concentration of bacteria on the surface of the copper-covered objects was a fifth of that compared with objects in standard rooms, and the rates of infection originating in a hospital among patients assigned to copper rooms were almost 60% lower than those in the control rooms.

It is important to see why this could be so beneficial to the medical device industry. In 2011, the most recent year of data available from the US CDC, some 720,000 patients acquired an infection while being treated in a healthcare facility, more than 75,000 of whom died. It is listed as the third-highest cause of death in some places in the US. The situation in many other countries is the same, if not worse.

Schmidt, however, believes he is on to something that could help device manufacturers to make their products much safer without having to do major redesigns. “We asked, ‘what do the patients and their visitors do?’ Collectively we were able to figure out the number of objects that were important [in terms of being] highly contaminated with bacteria – which represents a risk to patients, because more bacteria will result in more infections – and we placed a limited amount of copper on these strategic surfaces in the built environment.”

They studied the infection rates in rooms with and without copper and found proof that simple is best: “The rate was different by a factor of 58% and that is phenomenal, considering we only had a limited amount of copper; we only put copper on six objects.”

It seems obvious: make products with copper instead of steel and the natural antimicrobial properties of the metal will aid in the reduction of transference of bacteria.

“You have to ask: what is the value that copper can offer to healthcare?” Schmidt continues. “HAIs cost the US public
$100 billion a year. That adds to your healthcare bill, and in the UK, where that cost is passed on in the form of higher taxes, the situation is no different.” Copper could be a means for hospitals to save money and lives; will this solution soon be demanded of manufacturers?

Of the 35 million admissions to US hospitals every year, between one in 20 and one in 25 people will end up with an infection. The UK rate is even higher: about one in 15. “So the odds of acquiring an infection are pretty bad. If you had that opportunity to win a horse race, everybody would be at the track,” Schmidt adds.

Back to the future

“The objects that we surface and a lot of the kit that goes into hospital rooms we already have the ability to manufacture in copper; these are things like the panel for a tap handle that we are stamping out of copper or brass already and that could just be left in its original state as brass, which would effectively inactivate the micro-organisms,” Schmidt explains.

Other objects changed during the research were the grab bars around the toilet. “Those are made of plastic,” he says. “Before that, they were stainless steel rail, and before that they were copper rail. If you look at the historic rail stations in the UK and US, they use brass rail. Are there any bacteria on these rails? No. And when you ask the question about stainless steel, the answer is ‘yes’.”

Does this mean we have essentially gone backwards? Schmidt urges manufacturers to look at the facts. “We have to begun to get rid of plastic and stainless steel, and to put back into place what we used to have in our hospital rooms.” The key is to be strategic: “You don’t need to dip the hospital room in copper, you have to strategically place the stuff that is going to have coincidental interaction with the healthcare worker, patient and potentially the visitor, because it’s their micro-organisms that are being introduced to the ill and infirm and driving the high infection rate.”

The other benefit of placing copper in the built environment is that just by reducing the numbers of micro-organisms, they are limited in their ability to exchange genetic information via reproduction, reducing the spread of anti-microbial resistance.

When the microbes are on a copper surface, they die. The DNA is destroyed in real time. “It is really quite remarkable how well this works, and, in addition, copper not only kills bacteria but also kills viruses and fungi,” Schmidt says – essentially, all the major harbingers of illness.

The studies done so far are all in the built environment, but Schmidt is now branching out to ask the question of whether or not copper can be placed – in a limited amount – on to appliances that would go inside the body, such as joints.

“In order to put a joint in they have to wound you, and you can’t do that in a perfect manner without introducing microbes. If there are microbes in a new knee, which is either made of titanium or a composite, the bacteria will grow. We are trying to figure out the right nanocoding of copper that we can place on the implants so that it would integrate into our system, our body, and effectively be negated by the mass action of the joint. We are presently investigating whether or not it has any toxic effects.”

Looking at adhesives, the composite fillings that are currently used in dentistry are made out of plastic-complex polymers. These complex polymers are held in place on a tooth surface by glue that bacteria will eat. When they eat the glue, the filling comes out. Previously, silver amalgams were used, and they would last 40 years in the average human; the composite fillings, while cosmetically perfect, typically only last about five years before they fail. As with hospital rooms, we may have gone backwards in looking for the most aesthetically pleasing rather than practical way of providing dental devices.

In essence, they are bonding it to the matrix so that it stays in place and the nanoparticle does not defuse. “From an industrial perspective, we are using a very, very small amount of copper – you can imagine using nanoscale – whereas the amount of copper we are using in the hospital rooms is many orders of magnitude greater for the obvious reason that it is going on the rails, the bed, faucet handles and doorknobs and all of this associated kit that is found in the average hospital.”

The cost effectiveness of the process is still unclear, but several distributors claim that the cost is viable. Antimicrobial copper-manufacturing costs are competitive compared with other materials because of how easily copper is fabricated. It can also be made using more parts a minute, has a longer tool life and is completely recyclable, according to some sources.

There is also research to confirm that heating, ventilation and air-conditioning systems are factors in over 60% of all sick-building situations and can also benefit from antimicrobial copper components such as filters, cooling fins, drip pans and tubes to eliminate bacterial and fungal growths that typically thrive on damp internal surfaces. This can improve the system’s thermal and electrical efficiency, as well as, potentially, the resultant air quality. Controlled-air spaces such as operating theatres may especially benefit.

All in all, it seems like the old-fashioned way works best. If manufacturers providing equipment to hospitals begin to incorporate copper into their products, they could save lives. The cost is competitive and the results are clear; it may be time for medical device manufacturers to seriously look at ways to supply these materials.

Ins and outs of nanopatterns

The science around the nanotechnology that many researchers are using to shield devices from potential bacterial growth could be a boon for manufacturers and those working in improving sterilisation. Many are using nanopatterns on devices to prevent bacteria from being able to live on the instrument surface.