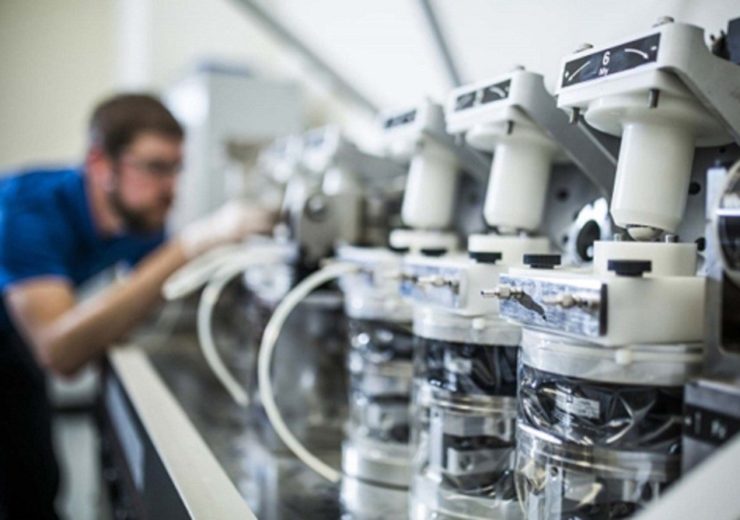 Despite the complex nature of the work, CMOs are proving a valuable resource for the medical industry

The outsourcing of manufacturing has dramatically shifted in recent years, with a wave of consolidation among OEMs and contract manufacturing organisations (CMOs) — a  move that is highly relevant now as businesses attempt to feed the desperate demand for lifesaving ventilators needed to sustain coronavirus victims. Elan Nat, then-associate director of the healthcare group at S&P Global, spoke to Medical Device Developments in 2018 about implications for the industry as a whole, based on research the ratings company conducted into this fast-paced sector.

If you were a medical device manufacturer 20 years ago with a great idea for a product, you would probably expect to develop that product yourself. Given the complex regulatory landscape, not to mention the risks associated with medical products, outsourcing may have seemed like more trouble than it was worth. If you contracted any work at all, it was probably only a few specialist tasks.

Since then, however, the industry has changed dramatically; contract manufacturing organisations (CMOs) are now integral to most business models. The vast majority of medical device companies outsource at least some of the manufacturing process, and the growth of outsourcing is widely expected to outpace the growth of the industry at large. According to a recent report by ResearchAndMarkets, the global medical device contract manufacturing market is forecast to grow by 10.77% a year until 2024.

The rationale is clear – contract manufacturers typically promise faster time to market, increased agility, economies of scale and better return on investment. In a competitive industry, subject to intense pricing and regulatory pressures, outsourcing is often seen as a way of protecting the bottom line.

This is particularly the case as CMOs grow more sophisticated, evolving from simple suppliers (usually with a particular specialism), to so-called ‘one-stop shops’. Especially in the case of smaller OEMs, for which manufacturing is not a core competency, the CMO can function as a true strategic partner, freeing them up to focus on research and development, and marketing. (With larger OEMs, which have the facilities they need, most manufacturing processes are still conducted in-house.)

“For the OEMs, it’s an efficiency play, enabling them to really focus on what’s important for their growth, which is developing new products,” says Elan Nat, associate director of the healthcare group at S&P Global. “With the exception of Integer, the CMOs usually don’t have any IP on the device itself, but do retain the IP on the manufacturing process.”

He adds that, although outsourced manufacturing is sometimes brought in-house, that’s quite a rare occurrence. On a similar note, it’s rare to find contracts moving from peer to peer – there are too many start-up costs and FDA approval processes to make this truly feasible. Most of the time, the movement is towards in-house processes being outsourced.

OEMs will be able to reduce their number of suppliers, simplifying the value chain

Over the past few years, this trend has gathered pace. One of the most important changes the industry is seeing is a wave of consolidation, affecting OEMs and CMOs. Investors (private equity firms and institutional investors) are piling private capital into the healthcare sector, attracted to its resilience against economic downturns. And one of the ways they seek to add value is by acquiring and merging assets.

This means that, while the contract manufacturing landscape remains highly fragmented, we are seeing a shift towards larger players with a full range of manufacturing capabilities. As a result, OEMs will be able to reduce their number of suppliers, simplifying the value chain.

“There have been some product pricing pressures, which has led to a wave of consolidation among the OEMs,” says Nat. “As the OEMs gain scale, they’re looking to negotiate better arrangements with their customers and suppliers, and are pursuing larger CMOs that can facilitate their manufacturing needs.”

This deal, valued at $1.73 billion, made Integer one of the largest CMOs in the world, serving the cardiac, neuromodulation, orthopedics, vascular, advanced surgical and portable medical markets.

“Through this transformative deal, Greatbatch has added scale and diversification to enhance customer access and experience,” said Thomas J Hook, the president and CEO, on a release. “We will continue to execute our strategy to provide customers with a comprehensive portfolio of technologies and services while maintaining a strong financial profile to drive shareholder return.”

“We’re seeing movement in the space, and more optimisation, but it’s still a fragmented industry,” says Nat. “I don’t think the consolidation stage has ceased, so our expectation for all the large CMOs we follow is that they’ll continue to acquire and fill in the portfolio gaps.”

The turbulence, according to report, is due to a perfect storm of factors: increased pricing pressure, a drop in orders, and a drop in new product launches that had occurred in 2015–16 following a wave of OEM consolidations, driven in part by OEMs reducing duplicate inventories and projects.

“We also believe OEM customers with increased scale arising from recent consolidation are leveraging their greater scale and negotiating power to put pressure on their CMO partners to lower prices,” writes Kaplan. “In other instances, CMOs’ order volumes have dropped as some OEMs have been trying to reduce their inventories, especially at quarter-end, forcing the CMO to hold completed inventory.”

In many cases, CMOs are also feeling a trickle-down effect from the cost burdens placed on their customers. To take orthopaedics as an example, the Comprehensive Care for Joint Replacement model got underway in April 2016. A payment reform initiative for hip and knee replacements, it has placed pricing pressure on implants, which in turn has placed pressure on CMOs in the orthopaedics space.

Kaplan also questions the idea that OEMs are actually increasing, or planning to increase, the proportion of the manufacturing they are outsourcing – a potentially disheartening statement for CMOs. However, all is not lost – he describes the turbulence as, “a period of digestion following a wave of OEM consolidation”.

“Inventory reduction initiatives are finite and likely to be complete soon,” he writes. “We expect CMO industry growth to resume the low to mid-single-digit growth rate we expect for the medical device industry.”

In fact, the report claims that the long-term prospects are good, with growth expected to accelerate for the larger CMOs as the smaller ones lose business. However, since it’s so inefficient for OEMs to move their contracts between CMOs, most of those market share gains will occur as a result of new products, rather than as a result of OEMs ending relationships.

The greatest threat to a CMO is not generally other CMOs, but the OEMs themselves

The report also rates three medtech CMOs – Greatbatch (now Integer), Philips-Medsize and Tecomet – which were rated B+, B and B respectively, as of March 2016. The similarities between these ratings are not surprising – S&P views the industry as somewhat commodity-like, with only minimal differences between established CMOs. Essentially, it is rare for a CMO to offer services that aren’t also offered elsewhere, meaning competition is based primarily on price.

“One important factor in how we distinguish CMOs is customer concentration – one lost contract can materially affect a company’s performance,” says Nat. “Another factor is the diversification among segments and products. If you take a company like Spectrum Holdings, they have good diversification at the segment level. They can capture a lot of business relating to the manufacturing of plastics simply because the company has substantial in-house engineering and manufacturing expertise in extrusion processes, and in using various types of complex resin.”

Despite their similarities, Nat adds that the greatest threat to a CMO is not generally other CMOs, but the OEMs themselves.

“Each one of our CMOs is unique in that they’re not directly competing with one another – their competition is generally their customer, who could theoretically produce the same product should they chose to,” he says. “So the biggest risk for the CMO space in general is that they’re essentially not in control of their own destiny, rather, success or failure is highly dependent on the growth prospects of its customer base – the OEMs.”

Likewise, as CMOs grow and consolidate – even beginning to develop proprietary products – OEMs may have to contend with their one-time suppliers becoming rivals. As the market matures, it goes without saying that the average CMO-OEM relationship will change, and both sides will need to be mindful of the complications that could entail.

Although the report is two years old, Nat says that not much has changed – we are witnessing the same trends play out, as the industry grapples with the changes caused by consolidation. In the years to come, we can likely expect more of the same, with OEMs continuing to outsource many aspects of manufacturing and large CMOs working to optimise their portfolios.

This article originally appeared in the 2018 Vol 2 edition of Medical Device Developments. The full issue can be viewed here.