In April, non-governmental organisation the World Economic Forum said businesses should use blockchain to improve their supply chains during Covid-19 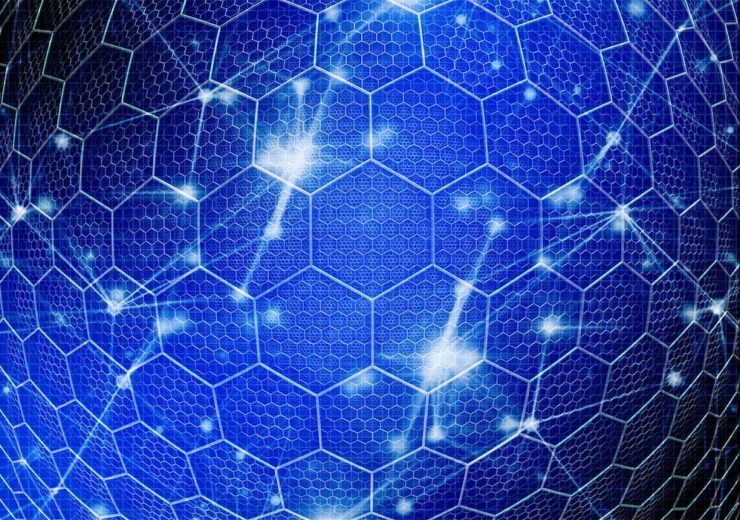 The Covid-19 pandemic has revealed flaws in the current state of global supply chains, with this being no different in the medical devices market. Could blockchain be the answer the industry is looking for? Thomas Parker reports.

Blockchain’s application in the medical profession is varied, with the distributed ledger technology used to share and store medical records and clinical trial data.

But as Covid-19 exposes the sector’s inefficiencies when it comes to sourcing critical supplies such as ventilators and personal protective equipment (PPE), blockchain is being seen by some as a potential solution to help “fix” the medical device industry’s supply chain.

Initially designed for financial transactions, the technology is being used by businesses to track a product that has been ordered, allowing them to know when items are going to arrive and any issues that occur during the delivery process.

The World Economic Forum has been one organisation promoting the technology as a potential solution to tackle problems in the global trade system.

The non-governmental organisation says the resilience in supply chains depends on trust, transparency and integrity — and this can be improved through the responsible deployment of blockchain technologies that offer “shared truth”.

Speaking towards the end of April, the organisation’s blockchain and digital currency project lead, Nadia Hewett, said: “The blockchain deployment toolkit is essential for designing solutions that work for a multitude of actors, including smaller players who may not have access to the resources required to unlock the value of blockchain technology.

“For this reason, the toolkit can level the playing field for small and medium-sized enterprises.

“There are many lessons to learn from the current pandemic and this toolkit is a starting point for improving long-term pandemic preparedness and accelerating an economic recovery led by public-private cooperation.”

How is blockchain currently used?

The term blockchain was first used in a 2008 whitepaper published by Satoshi Nakamoto entitled Bitcoin: A Peer to Peer Electronic Cash System.

In the early years of its existence, bitcoin and blockchain were intrinsically intertwined — described by the Financial Times’ former-technology reporter Sally Davies as being like “what the internet is to email”.

The two began to separate in 2014, when those who started to realise blockchain could have applications beyond cryptocurrencies began investing in alternative applications for the technology.

Blockchain in its purest form is an open and decentralised ledger designed to record permanent transactions between two parties, without third-party authentication.

The system also maintains a level of transparency — depending on the domain of the application — by storing information in such a way that it cannot be altered without recording the changes made.

Early adopters of blockchain could be found in the financial services sector — with it estimated in 2016 that 15% of big banks would be using the technology by 2017.

Since then, businesses in the media, telecommunications and healthcare industries have started using the system to help fund projects and manage personal data.

It’s become so widely adopted that, according to a 2019 survey published by professional services firm Deloitte, 53% of organisations see blockchain technology as a critical priority for their institutions.

Most businesses using the technology to manage their supply chains see it as the most effective way to track and trace materials and products.

Gabby Thomlinson, a senior retail consultant at consultancy Capgemini, says: “Using blockchain technology enables traceability, visibility and trust in supply chains when the chain of participants are unknown or not trusted.”

One company using the technology is the UK-based De Beers Jewellers, which employs it to track the origins and other information about diamonds it sells.

It allows the firm to prove the heritage of gemstones, ruling out the risk of using blood diamonds.

Alongside this, designer Martine Jarlgaard believes blockchain would allow the fashion industry to become more transparent, enabling businesses and consumers to track every aspect of a garment’s life through all development phases.

What are the opportunities for blockchain during Covid-19 and what difference could it make?

Whether it’s shortages of personal protective equipment (PPE) or ventilators, the impact Covid-19 has inflicted on the supply of critical equipment has been clear for all to see.

To support essential services, companies in the UK have been contacting NHS trusts and councils saying they can supply PPE.

However, due to the sheer volume of businesses getting in touch, it’s difficult for healthcare institutions to know where the supplies are coming from, or what type of certification they have.

Former footballer Dexter Blackstock, who aims to bring blockchain to the pharmaceutical sector through his MediConnect company, says blockchain technology would enable users to know what the product is at any location.

The ex-Southampton, QPR and Nottingham Forest striker adds: “It would cut out all the unknowns so organisations know what they’re ordering is exactly what they think it is.”

This type of transparent supply chain is especially critical with PPE, with millions of face masks being rejected by various countries due to them either being counterfeit or faulty.

Officials at a US State Council announced in March that authorities had seized more than 80 million counterfeit or faulty masks and 370,000 defective or fake disinfectants and other anti-coronavirus products, according to the LA Times.

Towards the end of March, both Dutch and Finnish authorities had returned PPE to China — with Australian border forces seizing 800,000 faulty or counterfeit masks from the same country at the beginning of April.

GlobalData’s Urte Jakimaviciute says without transparency at all points in the supply chain, it’s difficult to identify the source of transgressions or verify the authenticity of a product.

She adds: “Blockchain-based systems could provide an open, tamper-proof, distributed record of transactions and increase accuracy and efficiency.

“Healthcare organisations, from manufacturers to distributors, could trace products through supply chains ensuring authenticity or flagging any potential issues, such as signs of tampering or inadequate handling.”

Paul Wreford-Brown, head of digital at creative agency Embrace, says: “The main benefit of blockchain is that the data is irrefutable.

“You can track each item and make stock ledgers visible in public ledgers. If devices had a common labelling nomenclature, then hospitals and healthcare providers could scan the device to see its full history, including servicing.”

What are the potential pitfalls of blockchain management in the healthcare industry?

Although supply chain transparency and stock control could all be improved with blockchain, there are a few drawbacks to take into consideration.

Firstly, its implementation could cost, according to professional services company EY, anywhere between $242,000 and $327,000 in its first year of use.

This is coupled with the high amount of processing power required.

Another concern raised by some in both healthcare and computing is that it’s a new technology and, according to MIT Sloan professor Stuart Madnick, could be “misused in ways that often have not been thought about”.

In a blog post for the Wall Street Journal at the time, Prof Madnick wrote that the breaches range in losses from $12,000 to as much as $600m.

He added: “The trouble is blockchain itself is just a piece of data; it doesn’t do anything.

“Blockchain itself might be secure, but the use of the blockchain is where all of these weaknesses come through.”

Due to this, blockchain is still susceptible to zero-day — a flaw in software that’s unknown to those patching or otherwise fixing the flaw — attacks and technical bugs.

Alongside this, according to not-for-profit Healthcare Information and Management Systems Society, because these systems are almost always accessed by people, they are “also susceptible to one of the greatest risks in information technology, social engineering”.

The privacy of the technology is also a concern for some, with blockchains — specifically public blockchains — not being ideal for storing private information due to the transparency they provide.

Alongside this, widespread integration of the technology in supply chain systems could be difficult because, according to digital supply chain solutions company Modum’s co-founder Marc Degen, “the ecosystem is not yet ready”.

In a 2019 article for Disruptor Daily, he added: “Many pilots are run but critical paths like real connection or financial transactions are not yet or with only great effort to be used in production — hence many optimisation promises cannot be delivered due to ecosystem inefficiencies.

“On the other side are the optimisations too high-yielded. New technologies are put on the most complex issues instead of small areas from where they can improve – Amazon did also not crush Barnes & Noble in their very first year.”

Principles of transparency could also be hindered if, as some predict, supply chains are not open or public like bitcoin blockchains.

According to legal institution Consumer Hub Eversheds Sutherland, the mechanism of private or closed networks differ.

Depending on how the blockchain operates, the content may be unalterable and, if the infrastructure it operates is controlled by one party, it could mean the ability to alter what’s in the blockchain rests with them.