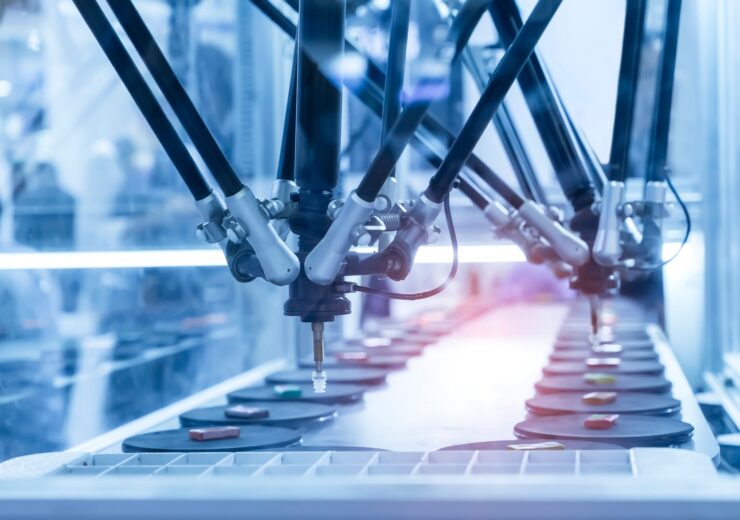 The world’s biggest healthcare companies and medical device manufacturers – many of which are American – have received more attention than ever in 2020 due to increased demand for ventilators, face masks, testing kits and, most recently, vaccines, as countries attempt to tackle the Covid-19 pandemic.

While a number of different indicators can be used to rank these firms, we’ve chosen to use market capitalisation – the market value of a company’s outstanding shares – as a way to determine who is currently leading the American medical devices sector.

If total revenue was used instead, pharma giant Allergan would have appeared on this list, and Cardinal Health, which primarily provides healthcare services, would be considered the biggest medical device manufacturer – not only in the US, but across the entire world.

With that in mind, here are the 10 biggest US medical device companies in 2020, based on market capitalisation figures from American software provider Greenlight Guru.

Johnson & Johnson (J&J) may generate a significant portion of its sales through pharmaceuticals – as well as consumer health products like those under its iconic Johnson’s baby brand – but the New Jersey-based firm manufactures a wide range of medical devices too.

In fact, not only is it currently the largest manufacturer of medical devices globally, in 2020, by some margin, but the Financial Times has also estimated that J&J was the world’s 10th-biggest publicly-traded company by market cap in the first half of the year.

It currently boasts a total revenue of close to $82bn, employs 132,200 people and, in 2019, spent more than $11bn on research and development – the most of any medical device firm in the world.

The key areas medical devices manufactured by J&J fall under are orthopaedics, surgery and ophthalmology.

Healthcare and medical device industry heavyweight Abbott is based in Chicago, Illinois, and was originally founded as a drug company more than 130 years ago.

Today, it makes a wide range of cardiovascular devices – including stents, pacemakers, replacement heart valves, catheters and monitoring systems – as well as numerous technologies used in diagnostics and diabetes care.

Abbott also became one of the first global companies to receive an emergency use authorisation (EUA) from the US FDA for a Covid-19 diagnostic earlier this year, with its molecular RT-PCR test gaining approval on 18 March.

Abbott’s figure for total revenue recently passed $30bn, and it currently employs about 103,000 people and operates in 160 countries worldwide.

Medtronic may have switched its headquarters to Dublin, Ireland in 2015 for tax-related reasons, but prior to the move it had been based in Minnesota for more than 60 years and, to this day, generates the vast majority of its sales within the US healthcare system.

Another area Medtronic has started to increasingly operate in is neurology, and its Percept PC system – which uses deep brain stimulation (DBS) to treat neurological conditions like Parkinson’s disease – gained FDA approval in August 2020.

Its medical device products are divided into the categories of critical care, hospital care, surgical care and renal care – and its current flagship products include the Amia dialysis system, which is used to treat end-stage renal disease patients at home, and the Spectrum IQ infusion pump.

In 2009, Baxter also became one of a handful of companies to receive EU clearance for a H1N1 influenza vaccine candidate during the global swine flu pandemic.

Danaher joins NASA, World Bank, the US Navy and numerous government departments in being based in the District of Columbia, as its headquarters is in the American capital of Washington, D.C.

Danaher started life as a real estate investment trust half a century ago, before being refocused as a manufacturing firm in 1984, and currently makes a range of products within the life sciences and diagnostics sectors.

The company also spun out its operations in the dental segment into a separate firm called Envista – which produces dental implants, orthodontics, dental equipment and consumables – in the summer of 2019.

US manufacturing heavyweight General Electric has generated a total revenue of more than $95bn and employs roughly 200,000 people globally – and conducts its business in the medical device sector through Illinois-based subsidiary GE Healthcare.

Near the beginning of the Covid-19 pandemic, in March, the company teamed up with Ford to leverage the design of an FDA-cleared, third-party ventilator – allowing the car manufacturer to scale up its production of these critical care machines more quickly.

Having been founded as a mining firm nearly 120 years ago, 3M Company arguably made its earliest major move into the healthcare sector when it produced the first asthma inhaler in the 1950s.

The first N95 respirator mask – a design that has gained increased notoriety during the Covid-19 pandemic – was also developed by 3M, and received FDA approval in 1972.

The Minnesota-based company is currently the single biggest global provider of sterile packaging for use in the medical industry, with one of its most well-known products of any kind being Scotch tape.

Stryker is based in Kalamazoo, Michigan, and produces surgical equipment, orthopaedics like implants and joint replacements, neurotechnology applications and personal protective equipment (PPE).

Since its foundation by orthopaedic surgeon Dr Homer Stryker in 1941 – who decided to invent his own medical products upon noticing that existing ones were not meeting his patients’ needs – Stryker has grown into one of the world’s biggest medtech firms, boasting a total revenue of $13.6bn and employing 36,000 people.

Today, one of its most notable products is the Mako Total Knee, which was launched in 2017 and combines robotic arm-assisted technology with the company’s Triathlon knee replacement implant.

Becton Dickinson (BD) is currently the world’s largest manufacturer of needles and syringes – and provided the UK government with 65 million of these injection devices in July as part of the country’s preparation for a successful Covid-19 vaccine being approved and rolled out.

Earlier this year, BD launched its Veritor Plus System – a portable, easy-to-use Covid-19 antigen testing kit capable of producing results in 15 minutes, which gained an EUA from the FDA in July, and received a CE mark for European use in September.

Unlike the majority of companies on this list, Intuitive Surgical – despite providing a range of healthcare-related products – is best-known for one very specific medical technology it makes.

Its Da Vinci robotic surgery system can be controlled by a surgeon using a console and, according to the company, has been used in more than six million minimally-invasive procedures to date – including prostatectomies, cardiac valve repairs, and gynecologic operations like hysterectomies.

Largely thanks to this device making it an industry leader in robot-assisted surgery, Intuitive Surgical currently boasts a total revenue of about $3bn. It also employs more than 5,500 people.