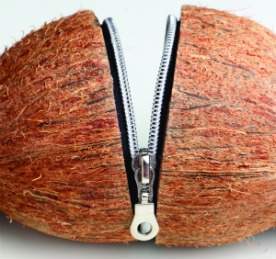 Medical devices are critical to improving and, quite often, saving lives. When well designed, the packaging in which they arrive not only protects its contents, but also provides positive experiences to users, increasing the overall value of products. Poor packaging, meanwhile, serves merely to create unnecessary waste and extra expenditure. The million-dollar question is how to maximise value while minimising cost.

Packaging can be classified into three big categories: protection, utility and communication. Balancing the criteria, which must operate together, is a complex undertaking; clever packaging designers consider all three functions simultaneously to maximise overall performance.

Protection is the most basic function. Contents must be shielded from myriad external factors, such as humidity, temperature, contamination, crushing, shock and vibration. The environment must also be protected from a package’s contents. Child-resistant designs, for example, protect youngsters from being accidently poisoned. Medical device manufacturers want their output to be distributed without getting damaged by shock and vibration, to prevent contamination from organisms and viruses, to maintain sterility, to maintain contents within certain temperature ranges, and so on.

All packages provide some kind of utility. The most basic function is containment, but additional features may improve ease of use. This might involve usefulness during filling, sterilisation, transport and distribution, purchasing, carrying, storing, stacking, nesting, opening, usage, dispensing, closing, handling, and disposal. For example, a medical device package may allow sterilisation, have an easy-open feature, hold and present contents in a meaningful way for the task at hand, provide good grip during use, and facilitate disposal by minimising use of materials.

A well-established medical device company may use designs that identify products using brand identity guidelines that communicate a firm’s values, provide a clear system to identify types of medical device and convey specific information, such as communicating how packages are supposed to be used. Affordances are a key concept to understand how design features communicate actionable possibilities effectively.

Packaging designers bear these functions in mind when considering how best to approach a new commission. Of course, the amount of material in a package could be decreased, or even changed, thereby decreasing overall cost, while adding value, but this would be a short-term strategy, as competitors could simply do the same. Companies tend to favour innovations that can be owned via intellectual property protection mechanisms, and this usually involves specific shapes.

Designers and engineers typically choose the materials, manufacturing or converting processes, and geometry. Deciding shape is an economical act; all other things being equal, designers determine a big portion of a package’s cost.

Analysis of failed medical device packages often shows that the shapes used were not optimal and that choosing a different shape from the beginning would have not increased the cost. This is unsurprising: designers are frequently under pressure and the rationale to determine geometry often gets lost in the product development process. Priorities are established to solve an immediate issue, rather than to create value. The following generic examples are typical of the kinds of problems faced.

The first two examples require understanding of how peeling a package works. In a heat sealed system, two flexible webs (Tyvek and a plastic film, for example) or one flexible web and a rigid container (Tyvek and a thermoformed tray, say) are joined together by fusing two parts of a particular geometry.

When peeling off the two components, they start separating from each other following a straight path (the peeling line), the length of which determines the amount of force needed to separate the two components.

Materials, sealing parameters and peeling angle affect the force required, but with all these variables constant, the length of the peeling line will make this package hard or easy to open. In other words, the geometry of the sealed area, the place where peeling starts, and the direction of the peeling, determine not only the amount of force required to peel off a heat-sealed package, but also how smooth the task will be by eliminating peaks of force required.

In a chevron pouch (see figure 1, above), it would make sense to start peeling off the pouch from the vertex (A) as opposed to starting from one of the provided tabs (B). The initial force required changes drastically. However, some chevron pouches have no gripping area on A (they have a semicircular cut-out instead), but do provide a generous tab space for opening from B. Opening these packages requires maximum force, which is nonsensical from a user’s viewpoint.

A change in pouch geometry that enables the unit to be opened from the sealed area with minimum effort will improve usability significantly. This change will not represent significant cost increases if some variables, such as the amount of material, are kept constant.

Applying the same principles of easy peeling reveals that some medical device trays provide opening tabs that fail to minimise the required force. A typical example has a triangular tab designed to create a peak of required force from the beginning (see figure 2, above). Here, the suggested design change involves geometry. Again, expense will not be an issue if amount of material and packaging size remain constant; a different tray shape and sealing die would have a comparable cost.

In the US, the drugs in the drawers of crash carts mostly come in folding cartons. These pharmaceuticals are used under extremely stressful situations, such as in emergency rooms, or ambulances. A group of these drugs consists of a vial and a syringe, for example, calcium chloride, atropine, dextrose, epinephrine, lidocaine, and sodium bicarbonate. To open a typical carton, a portion on its bottom is pushed in, and the end flaps of the package are torn (figure 3, above, right). Tests show that this system is shockingly confusing and causes numerous errors; contents are not accessible because of the presence of internal dividers when the package is opened at the wrong end.

The Cal Poly research team explored three variables when testing design variations: opening location (bottom or top package end); opening mechanism (push-in or tab); and colour contrast (one or two-colour printing). Eight different designs were tested, with the objective of quantifying the individual effect of affordances (clues that gave users an idea about what to do with the package). One of the designs mimicked a commercial package currently used in crash cart drugs. Findings included that adding a tab significantly reduced the average opening time and the frequency of errors. Opening location had no significant effect on designs with tabs, but did make a difference with push-in systems. Colour contrast had no effect. The commercial package was ranked as the worst design among the eight variations in terms of opening time and error frequency.

"Analysis of failed medical device packages often shows that the shapes used were not optimal and that choosing a different shape from the beginning would have not increased the cost."

When the team created the design variations, it ensured that blank sizes and converting processes for the folding cartons remained the same in order to control cost. Adding a colour would add a marginal cost, which, according to the findings, would not be necessary. Some commercial packages use two-colour printing. Changing the geometry of the folding carton (its die line) in a way that kept cost down reduced errors to zero, drove the average opening time down by 64% (from ten to 3.5 seconds), and shortened opening time variability from five seconds to one. The redesigned package was consistently better understood by users than the commercially available version.

The three cases described illustrate opening issues and show how packaging geometry adds value, without necessarily increasing costs. Designers must keep several variables constant, and constraints may include material amount (weight, surface area, and so on), packaging size, and no substantial changes of the manufacturing process. Thoughtful shapes have the potential of adding free value for different packaging function categories. Of course, once the problem has been created, it is extremely costly to revert back to what has already been done. In addition, total cost should include the lost of potential gain by not providing high-value products from the beginning.