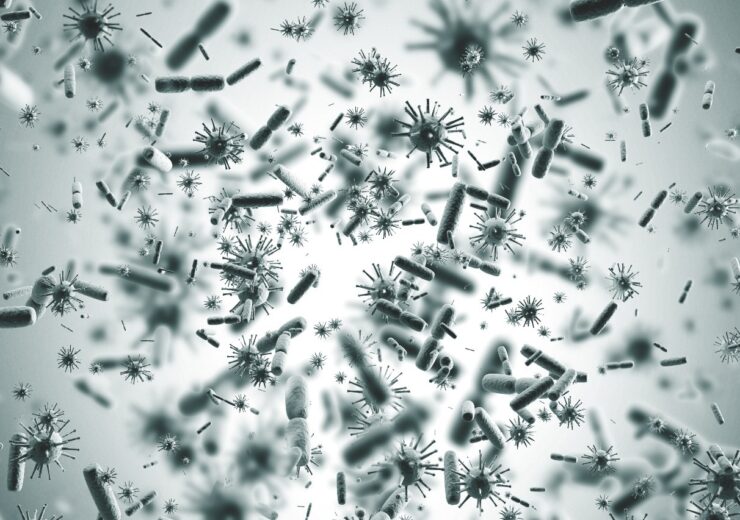 Humans rarely look to insects for advice on hygiene, but then we don’t have wings studded with bacteria-killing nanopillars. Since they first took notice of such biological structures, scientists have rushed to understand how surface topographies can improve the antimicrobial properties of medical devices both inside and outside the human body. Medical Device Developments writer Kerry Taylor-Smith talks to Elena Ivanova, distinguished professor and molecular biochemist at RMIT University in Melbourne, Australia, and Bo Su, professor of biomedical materials at the University of Bristol, about new approaches for fighting bacteria without chemicals or antibiotics.

Nature is a powerful inspiration. Life’s profusion is first and foremost a way of solving problems, and device developers are increasingly taking notice.

Researchers used carbon nanotubes to mimic the tiny hairs on a gecko’s foot for a self-cleaning dry adhesive, for example; and nacre – mother of pearl – which is known for its toughness as well as its iridescence, was the model of a lacquer for ceramic-polymer composite teeth.

But there are a host of surprising species left to copy, and given the catastrophic threat of antimicrobial resistance, the most important of all might be dragonflies and cicadas.

Studded with antibacterial and antifungal nanoprotrusions, their wings are inspiring a new approach to keeping medical implants, and other devices, free of unwanted material.

By patterning surfaces with synthetic nanopillars that mimic the structure of insects’ wings, scientists are hoping to rupture harmful bacteria on contact – thus reducing the need for antibiotics.

And their work couldn’t be more timely as, according to the WHO (World Health Organisation), more than 700,000 people die each year due to drug-resistant bacterial infection.

The antimicrobial effect of nanopillars

As they are constantly in contact with biological fluids, the surfaces of medical implants are extremely vulnerable to bacterial colonisation.

The resulting biofilms are difficult to eliminate as their microorganisms are inaccessible and well protected due to being deeply embedded within the film.

Biofilms can prevent implanted devices from functioning properly, as well as causing infections, medical complications and a range of other unwanted side effects.

What’s more, antibiotic treatments are mostly ineffective against biofilms, so, to avoid device-associated infections, there’s a need for novel strategies to decrease the interactions bacteria and microbes can have with the synthetic surfaces of medical devices.

Whereas humans usually rely on biology and chemistry to prevent infections, dragonfly and cicada wings do so through a purely physical mechanism.

As such, they could provide an effective means of preventing biofilm formation and infection on and around implantable devices – while negating the current requirement to use materials impregnated with antibiotics.

“The wing of the cicada and the dragonfly is one of the most extraordinary things that nature designed to allow insects to successfully cope with environmental stresses,” explains Elena Ivanova, distinguished professor and molecular biochemist at RMIT University in Australia.

“It is built up of highly sophisticated structures of cuticular layers; it is lightweight but strong, allowing for rapid acceleration and deceleration, and it also possesses truly superhydrophobic and self-cleaning properties.”

These properties result from the wing’s micro and nanoscale structures, which are comprised of three-dimensional wax formations that have become valuable templates for the design of synthetic hydrophobic materials, says Ivanova, who decided to study the complex structure of cicada and dragonfly wings a little more closely about 10 years ago.

“I knew the wings of cicadas or dragonflies are always bacteria-free and wanted to know why,” she says.

“And, we found quite a remarkable protection mechanism, by which the nanoscale features formed on the surface of the wings can effectively rupture bacterial cells.”

The antibacterial effect of nanopillars was first noted when individual Pseudomonas aeruginosa cells were seen to spread between nanoprotrusions on a cicada wing, and has since been demonstrated in other Gram-negative bacteria.

Interestingly, the nanoprotrusions on dragonfly wings work against both Gram-negative and Gram-positive bacteria because of the way they augment cell wall stress and deformation.

The terms Gram-negative and Gram-positive help classify bacteria based on their cell membrane structure.

Staphylococcus aureus and Bacillus subtilis are Gram-positive bacteria; they have a thick cell wall – roughly 20–100nm – that easily absorbs surrounding materials like antibiotics and cleaning agents, making them relatively easy to kill.

Gram-negative bacteria like Pseudomonas aeruginosa and Escherichia coli have a thinner cell wall – about 5nm thick – but they’re protected by an additional membrane controlling what enters the cell, making them more resilient.

There is currently no consensus on the mechanism by which nanopillars lead to microbial cell death, but recent studies involving titanium oxide suggest that they distort and penetrate the bacterial cell envelope of both Gram-negative bacteria – which cause infections like pneumonia and meningitis – and Gram-positive bacteria, which cause illnesses such as diphtheria, listeriosis and toxic shock syndrome.

The nanopillars mimic the dragonfly’s nanoprotrusions by indenting the surface morphology of the bacterial inner cell membrane and cell wall – and the outer membrane in Gram-negative bacteria – in a contact-dependent manner.

However, Bo Su, professor of biomedical materials at the University of Bristol, says his group’s study on titanium oxide nanopillars shows that their antibacterial effects are multifactorial, and do not rely on cell lysis or rupture alone.

“Alongside deformation and subsequent penetration of the bacterial cell envelope by nanopillars, particularly for Gram-negative bacteria, we believe the improvement of the antibacterial properties could also be achieved by the cumulative effects of physical impedance and the induction of oxidative stress of these nanopillars,” says Su.

Also thought to play a role is the bacteria’s ability to adhere to the nanotopography, as the rate of rupture is greatest in strains that adhere most strongly to nanopillars.

The rigidity of the bacterial cell wall can influence their susceptibility to rupture too.

Gram-negative bacteria were more sensitive to stretching, for example – perhaps as a result of their structure.

One of the aims of Su’s research is to generate biomimetic bactericidal surfaces on different synthetic materials, such as titanium metals and polymers, which are widely used for medical implants or devices.

Ivanova and her team have already been able to mimic the nanopillared surface of insect wings for a number of mechanically biocidal surfaces, which could be utilised as next-generation biomaterials in medicine.

“The phenomenon of mechanical or physical rupturing of bacteria first appeared in nature, and could be applied to medical devices to prolong the lifetime of the antimicrobial surface, or to turn hard surfaces in places like hospitals and clinics into bacteria-resistant zones,” she says.

Thanks to advanced nanofabrication techniques, which allow for the control of surface dimensions at the nanoscale, the nano-textured surfaces are able to eliminate or physically kill bacterial cells at the moment they first make contact.

The specific surface modifications allow for the insertion or attachment of active compounds to act against specific microbes, and could be applied to medical equipment and furniture, as well as medical devices and implants.

“And, because this happens on the nanoscale, the surface is smooth enough to act like a normal table, for example,” says Ivanova, whose main research direction is to design multifunctional textured surfaces that would be bacteria and virus-free, and self-sterilising.

“With this idea of self-sterilising surfaces, we have a chance to make surfaces of implants that could fight antibiotic resistant bacteria like golden staph.”

The main challenge here is to achieve a long-lasting repelling effect, continues Ivanova.

When faced with the threat of antibiotic resistance, new ways of eliminating harmful bacteria are necessary.

Gram-negative bacteria are fundamentally resistant to antibiotics thanks to their natural defences and inability to absorb toxins like their Gram-positive counterparts – which makes them particularly dangerous in healthcare settings.

“Physical killing of bacteria without using chemicals or antibiotics may potentially offer a unique means to combat infections against bacteria, especially antimicrobial-resistant bacteria [AMR], because it has completely different bacteria-killing mechanisms from antibiotics,” adds Su.

“It does not seek out biochemical targets or metabolic pathways as in antibiotics; AMR is thus less likely to occur.

“Besides, due to no release or leaching of antibiotics, or chemicals, antimicrobial efficacy does not need replenishing, which makes it attractive for long-term medical applications like implants.”

Su and his team hope to develop truly cell-instructive implants using novel materials, which can control a cell’s activity to not only prevent bacterial infection but also facilitate tissue integration in medical implants.

They are currently collaborating with colleagues at Glasgow University in Scotland to investigate the human stem cell response to nanopillars, exploring how cells and bacteria respond to different nanotopographies in order to understand the mechanisms regulating cellular and bacterial adhesion, spreading and colonisation.

It seems scientists still have much to learn from the natural world around us, with even the smallest organisms providing inspiration for a range of solutions to problems associated with medical devices and implants.

It’s interesting to think that nature could still be the key to winning the battle, given that the weapons first sourced from fungi – antibiotics and antibacterials – are becoming less effective against humanity’s greatest foe.

This article first appeared in the Vol. 2, 2020 edition of Medical Device Developments. The full publication can be viewed online here.