A closer look at packaging and how it can improve healthcare

We look at how a closer attention on interactions with packaging from patients and practitioners is improving healthcare and creating collaborations. 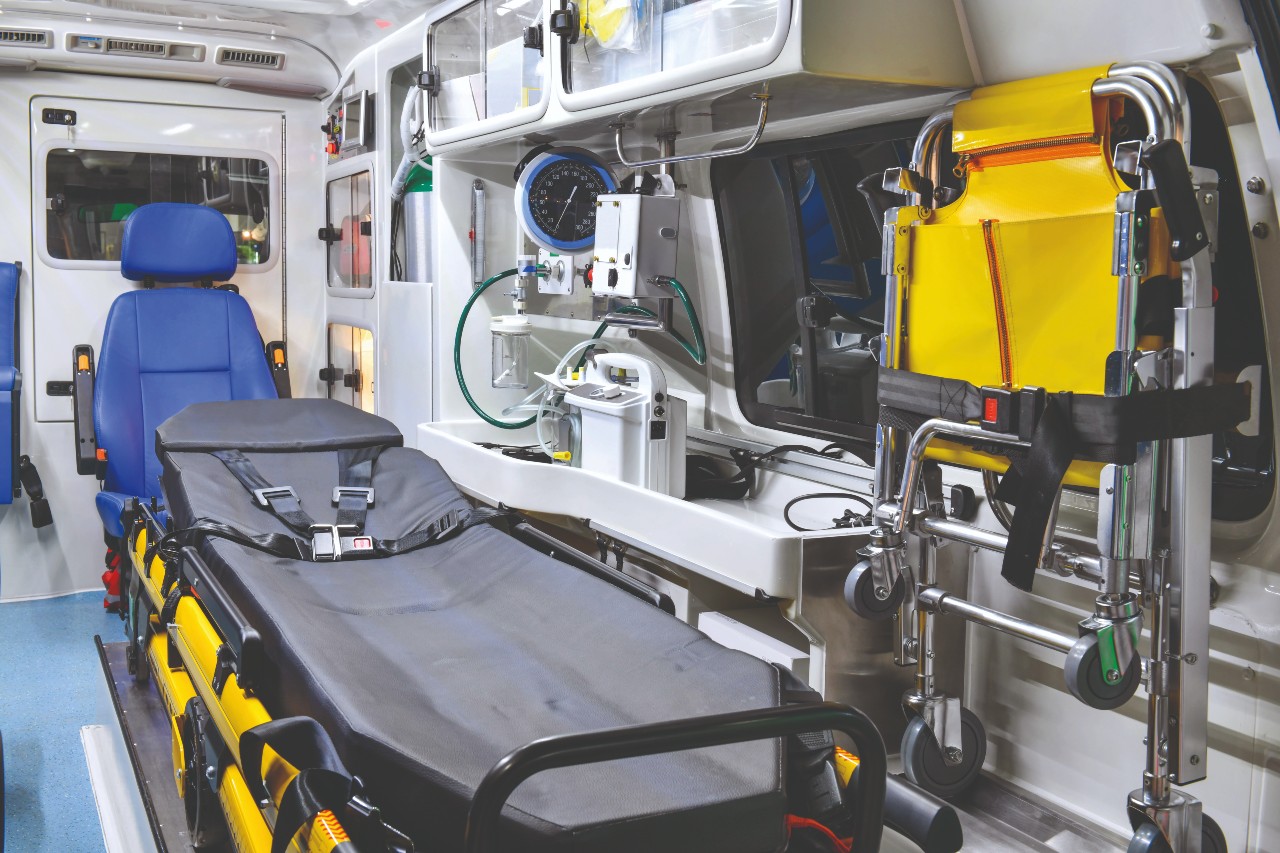 Engineers need to design packaging appropriate for use in its intended environment. (Credit: i viewfinder/Shutterstock.com)

By paying closer attention to how patients and practitioners interact with packaging, researchers are finding answers to some long-standing medical conundrums, improving healthcare and catalysing new industry collaborations in the process. Radhika Holmström finds out more from lead members of the new Kilmer Innovations in Packaging group: Laura Bix, a professor in the school of packaging at Michigan State University, and Jiyon Lee, a packaging engineer at Amgen.

The school of packaging at Michigan State University (MSU) trains as many detectives as engineers. The two roles have more in common than it might seem.

In particular, the medical packaging team under Laura Bix, a professor in the school, as well as its former assistant director, specialises in mysteries.

Here’s one: “We know people who come into hospital through ambulances are more likely to have a healthcare-associated infection,” Bix explains. “But we don’t know exactly why.”

While packaging research may initially seem almost as distant from infection control as it does from detective work, in reality, the way that medical devices are packaged can make the difference between life and death.

Along with ensuring devices are sterile at the point of use, packaging design influences perception, cognition and motor ability – all of which are hugely important to healthcare, especially when it’s being performed in the back of a fast-moving vehicle.

Packaging might be superficial, but understanding exactly how it impacts use could be key to solving some of the most puzzling questions in healthcare.

Bix’s attention to that fact is one of the reasons she is a lead member of the recently founded Kilmer Innovations in Packaging (KIIP) group, which brings together more than 200 people from across the sterility assurance chain to apply and test strategies for improving patient outcomes with packaging.

MSU’s work on how packages are used in ambulances, led by Jiyon Lee, a KIIP admin, is emblematic of two of the group’s four programme pillars: aseptic presentation and the ‘last 100 yards’.

At the Informa Engineering Week conference in December 2020, Rod Patch, senior director for package engineering and product labelling at Johnson & Johnson Vision, and a lead member of the group, noted that, despite the worldwide agreement on the importance of sterile barriers and aseptic presentation, universal acceptance is yet to become universal adoption – and there is a lack of evidence and consistency in information on the best techniques.

Discussing the concept of the last 100 yards, he pointed out how little information packaging designers have about how their products are used inside healthcare systems, stressing that they need to collaborate with their customers to truly meet the needs of patients and healthcare practitioners.

It’s in investigating how packages are actually used that MSU’s work is most significant. Bix’s team fills in the knowledge gaps with a whole range of high-tech and multidisciplinary approaches, from eye tracking (to establish exactly what people are looking at) to ‘change detection’ (a technique used in cognitive psychology to assess how people process different images).

A lot of the research that already exists around healthcare packaging is focused more on the issues posed by low health literacy and non-native readers, but the Michigan team is taking that one step further and looking at attention as much as comprehension, in order to establish how people can most easily use devices and medication in the safest way.

Health literacy is clearly not a problem for ambulance crews, but nor, in a straightforward sense, is attention. They’re fully focused on giving patients the care they need – and that’s a clue.

Wherever it might be used, the point of sterile packaging is to prevent healthcare-acquired infections. But the outside of a sterile package, by definition, is not sterile: people touch it all the way through distribution to the point of its use.

“The provider has to get the contents on to the field without it coming into contact with them, or the outside of the package,” Bix says. “So, you are supposed to have the [non-sterile] circulator touching the outside and the sterile scrub touching the inside.”

In practice, however, this may not happen – especially in emergency situations, when packages are handled by people whose focus is on getting the device out as quickly as possible. While products are assessed in a very controlled and well-lit perioperative environment, they may not necessarily be used in one.

As part of her PhD research with the team at MSU, Lee, now a packaging engineer at Amgen, took a closer look at how exactly ambulance staff work and the pressures they are under.

Lee and her colleagues built a simulated ambulance (using genuine ambulance parts) and mounted it on a vibration table to replicate the kind of driving conditions that ambulances experience.

With some difficulty, they recruited paramedics to help with the study and mounted a camera on the wall of the ambulance to film them in action. Watching the film afterwards, they found that in two out of the nine cases, paramedics opened the sterile packaging for medical devices by ripping it apart with their teeth.

At other times, they used their trauma shears for all kinds of purposes, from opening tricky packages to cutting off blood-stained clothes.

“They clean and disinfect the ambulance, but that doesn’t mean that everything is sterile,” says Lee. This is not, she points out, because the paramedics are not doing their job – on the contrary, they are doing their job as effectively as they can.

“This is a very time-critical environment,” she explains, “and their most important thing is to stabilise the patient.”

“They use one hand to hold the bars, or to hold the patient, because there is a lot of vibration.” As Bix sees it, these ambulance crews are compensating for inappropriate packaging.

“They have solved the problem and overcome the design deficits, without even realising that they are problem-solving,” she says. “Our design is not considering their context. They’re bumping along the road, trying to stabilise their patient, and our design doesn’t take one-handed use into account.”

Rather than attempt to force the paramedics to act ‘correctly’ – which clearly wouldn’t work: even if they did, they might be putting patients at risk – engineers need to design packages that fit the intended use.

“We could have one side sticky, so it’s held on the wall and can be opened easily,” Lee suggests. “Or IV packaging that could be hooked on.” Or, indeed, they could design packaging that is safer to open with teeth. Whichever it is, the solution needs to accommodate current practice rather than assume that the practice has to change.

By putting that level of attention on how a whole range of different users interact with medical packages, Bix’s team is also developing strategies for mitigating ‘lookalike’ or ‘soundalike’ mix-ups, and for preventing unintentional exposure in children.

While labelling looks less exciting than what goes on in the back of an ambulance, it can be equally important – and is only becoming more so as healthcare decentralises.

The last 100 yards are increasingly those inside a patient’s home, and, as Bix explains, “When you’re managing a really complex regime, particularly if it involves multiple drugs, the information you might need is very specific, rather than the ‘one-size-fits-all’ that is usually available.”

Information about latex is a particular issue, because if products do not specifically carry a label saying they are ‘latex-free’, patients worry.

Bix and her colleagues are exploring ways to more efficiently transmit the most important information on device labels – notably the product name, sterility status and whether or not it contains latex – using strategies including AI and augmented reality (AR).

One direction for the research could be the development of an app that calculates risk levels associated with a user taking particular medicines and projects them over packages using AR technology.

One student on the project conducted a risk assessment to establish how far each of the ten main elements on a label were associated with the likelihood of someone making a mistake in the way a product is used.

He sorted these by importance and redesigned the labels prioritising high-risk information. Products with the new labels proved significantly less likely to be associated with mistakes than those with the standard commercial ones.

“As we see more and more serious conditions being moved to home health settings, it’s not beyond the realm of possibility to see dialysis machines and similar equipment in the home,” concludes Bix.

“We have to make these things easier to do. We don’t think about packaging as part of the solution to these big problems like medication error or healthcare-associated infection, but it plays a silent and ubiquitous role in the system, and it’s a ripe area for innovation and solutions that are meaningful and impactful in terms of lives.”