While MRI allows surgeons an unparalleled glimpse into the structure of the human body, operations can only take place after the fact of a scan. A new surgical robot being developed at the Worcester Technical Institute promises to change that. Greg Noone talks to Dr Gregory Fischer about the device’s capabilities and potential. 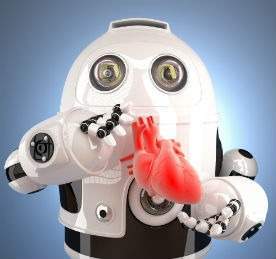 For centuries, the only method by which surgeons could ascertain how the human body worked was through anatomical drawings, obtained by dissection or the happenstance discoveries that accompanied certain operations. The first method wherein physicians could accurately map the body’s architecture without knocking out or killing the patient came with the invention of the X-ray. Doctors could now move away from relying on drawings that taught general rules about human anatomy to being able to act on maladies specific to the patient in front of them.

As more techniques were invented – such as MRI, CT and PET – the benchmark of improvement remained the enhancement of accuracy. This has meant that although the time elapsing between a scan and the necessary operation has diminished markedly, eliminating the wait altogether remains just out of reach.

The device that promises to finally close that gap is about as unassuming as it could possibly be. A jumble of motors, sensors and wires encased in a translucent plastic structure, it might resemble one of the first mobile phones – were it not for the giant needle protruding from its front. In fact, the relative lack of any metal objects inside the device is what underlines its importance to medical science.

The machine – known to staff at the Worcester Polytechnic Institute (WPI) as the Bioengineering Research Partnership Robot, although somewhat ominously referred to in the outside world as simply "the device" – is designed to work within the cramped interior of an MRI scanner. "The scanner gives superior anatomical and functional imaging," says Dr Gregory Fischer, associate professor of mechanical engineering and the robot’s chief designer. It also safer than alternative techniques such as CT scans. "It doesn’t have any sort of ionising radiation, and it lets us see inside the body while you’re performing an interventional procedure."

The process of getting a working prototype off the drawing board was fraught with engineering difficulties. Firstly, no ferrous components could be included in the design, for obvious safety reasons. Secondly, the motors used to move the device would have to be carefully engineered to minimise noise that could disrupt the MRI readout. "Most robotic devices use standard DC or AC motors," says Fischer. "Those are just about the worst things you could put inside an MRI machine."

That leaves a small number of options for an engineer like Fischer, who has been embedded in the world of MRI-compatible robotics since before receiving his PhD in mechanical engineering. His initial focus was on developing pneumatic devices for use inside the scanner. Although using an air-powered system eliminates the possibility of electronic interference altogether, Fischer found that the accuracy obtained from a live MRI feed is often wasted by the system’s relative imprecision. "The device that I created in my PhD research would actually move the needle into position and then engage a brake," says Fischer. "The system works fine for that. But if you’re trying to do dynamic tracking, what happens is that you end up with a lot of jitter and instability in the control loop because of time delays in the control lines."

A breakthrough was realised when Fischer and his team stepped back from grappling with the engineering questions of robotics and instead went back to basics. Having started research into facilitating spinal injections inside an MRI, Fischer knew that a complex device to perform the procedure was not required. "In rigid, bony anatomy, things don’t really move about very much," he says. "You can simply take an image with the MRI and project it on to the patient. A device that we constructed on those principles was incredibly successful, and we got another grant."

We have ended up treating up to three patients in a day, and the clinician was commenting on how fast and easy it was to use.

However, the principles that guided Fischer’s projection system do not hold fast to softer tissue. Unlike bone, muscle and fat can easily deflect, twist or warp in directions that could thwart the accurate insertion of a needle. To accommodate the changes, the images generated by the MRI would have to be live.

When the WPI recruited Fischer to found its Automation Interventional Medicine Robotics Research Laboratory, he knew he had to return to the idea of an MRI-friendly autonomous device. Reluctant to employ a pneumatic system to power the machine, he opted instead to experiment with piezoelectric actuators. Constructed out of piezoelectric ceramic, the motors consist of a set of bimorphic drive legs that flex under an applied voltage. The legs then begin to move a drive rod within the motor forward, or spin a disc, at a maximum speed of 15mm a second. The same motors at different locations within the device power the needle insertion; they take care of the interference usually produced by off-the-shelf motors by using a direct digital waveform synthesiser and low-noise filtered power amplifiers in the drive system.

Thus far, Fischer, his colleagues at the WPI, and collaborators at Johns Hopkins University and Brigham and Women’s Hospital have employed the device to great success in prostate biopsies. "The number of biopsies done is astronomical and their sensitivity is actually very low," Fischer says. "If somebody starts showing signs of prostate cancer and they have a biopsy conducted, it’s not uncommon that they’ll come back with an all-clear. Then they’ll start to see their symptoms worsen, and they may have to go back again and again to have biopsies. It may be several times before the cancer is confirmed, and each time the patient will usually receive about a dozen needle insertions."

A typical prostate biopsy is performed with the placement of a target grid between the patient’s legs. Up to a dozen needles are then pushed through the perineum and into the prostate to obtain tissue samples, sometimes guided with the aid of an ultrasound wand. A new procedure has been recently been developed that allows the use of an MRI machine instead of the wand: a more efficient method that has so far been conducted on several hundred patients at Brigham and Women’s Hospital. The WPI device does the same thing, but increases the accuracy of the needle insertion tremendously. "We did a pilot study in 2014," recalls Fischer. "After that we appraised our results, and it’s only been two months since we started gearing up again for more trials. Now, I believe we’ve treated up to 14 patients with the new system."

Although that might not sound like many, the speed with which the procedure is now conducted has impressed doctors who have had a chance to observe the procedure. "We have ended up treating up to three patients in a day, and the clinician was commenting on how fast and easy it was to use," says Fischer.

"My goal is to try to get an FDA submission that will let us employ it to other purposes at more sites across the country."

Fischer knows that if he is successful, the autonomy of the device will remain a sensitive topic. "When we say robot, we’re not talking about a huge armed industrial robot," he says, a sentence that sounds incomplete without adding "thank God". "In terms of the level of autonomy, we now have a clinical and a research robot. The system we’re using for clinical trials automatically aligns the needle and then the clinician does the insertion access under live MRI. The system we’ve built in the lab and with which we’ve conducted phantom studies can do fully autonomous insertion with needle steering."

It’s Fischer’s goal to get this research device into clinical trials within the next year. "The idea is that we’d have a master device that works and feels like a biopsy gun," he explains. "It goes inside the MRI scanner room and sits right next to the patient, and the doctor can be pushing the device in with a force-feedback system." An obvious advantage to this would be the ability to increase the distance between the doctor and the patient, with the former no longer necessarily tied to a specific location to perform the procedure.

There’s another development that particularly excites Fischer: autonomous steering. "We can actually have the doctor push the needle inside the patient, so he is controlling one degree of freedom," he says. "Simultaneously, the robot adjusts the trajectory. If we need it to steer to the left, right, up or down, it can take care of that autonomously while the doctor just controls the depth. That way, you can obtain the safety of a master control system while maintaining a consistent level of insertion."

For the moment, Fischer is concentrating on enhancing the robot he currently has for prostate biopsies, but the principles hold fast for other clinical applications further down the regulatory line. "Our device is really designed in such a way that it would be very flexible," he concludes. "By developing different end effectors but using the same control system and most of the same software, we could easily jump from one procedure to another. That’s something we really look forward to."