What is StethoMe: The AI-powered stethoscopes that can be used at home

StethoMe is designed to ease the strain on GPs and doctors by enabling parents to examine their children with AI-powered wireless stethoscopes from home. Anjuman Rahman speaks to CEO Wojciech Radomski about how the technology works 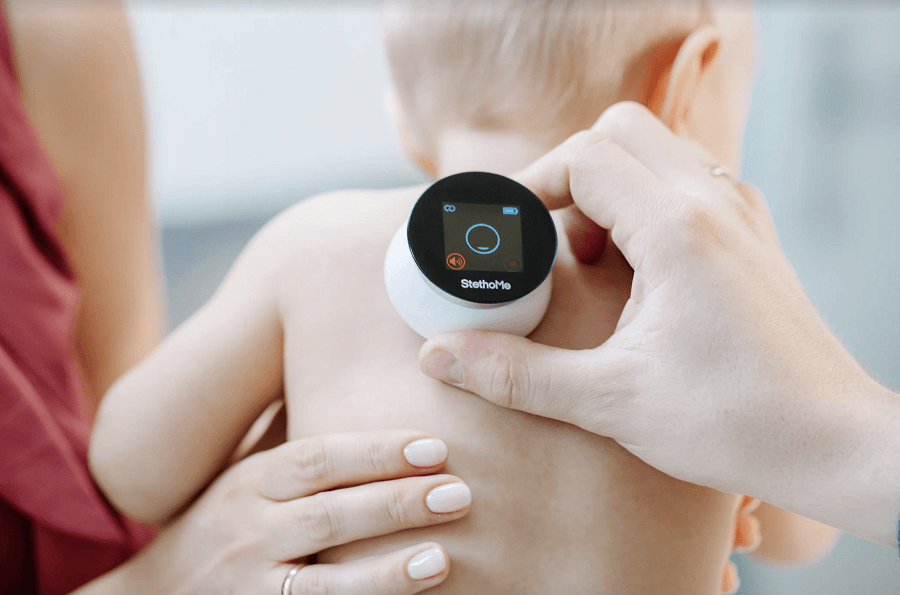 Dubbed the “world’s first intelligent stethoscope,” the wireless StethoMe is capable of detecting and analysing children’s breathing from the home.

By enabling parents to study the pathological sounds in the lungs of youngsters, it can limit the number of hospital visits and doctors’ appointments.

Founded in 2015, the StethoMe was created by a team of scientists from Poland’s Adam Mickiewicz University after the concept was dreamed up by co-founder Honorata Hafke-Dys, whose children suffered from frequent respiratory tract infections.

Wojciech Radomski, CEO at StethoMe, says: “StethoMe eliminates any unnecessary GP or hospital visits, and speeds up the process of getting people medical assistance when they need it the most.

“The telemedicine market has been developing continuously on many levels.

“Alongside our wireless stethoscope, you can find glucose meters, spirometers, ECG Holter monitors and all kinds of diagnostic tests that enable health-checking at home.

“These solutions are very useful when it comes to chronic diseases.

“They allow patients more freedom and gives them a feeling of safety and comfort.

“It also enables physicians to provide quicker and more effective diagnostics and accurate monitoring of chronic diseases, as well as allowing them to observe treatment progression and its reactions.”

Developed by Polish medtech start-up StethoMe, the AI-powered stethoscope consists of only a scanner known as the head.

It is applied to the body to measure the child’s heartbeat, their body temperature and sound of their lungs as they breathe with the guidance of its connecting app.

The recording starts automatically once the stethoscope recognises that it has been placed in the correct position on the body.

StethoMe then detects and informs users about any excessively loud sounds, as well as any stethoscope movement.

The head of the wireless stethoscope also displays readings of the device, along with any warnings about the child’s health after the data is processed and calculated.

To do this, it uses machine learning-based algorithms, which were trained on recordings of thousands of patients with various conditions.

Mr Radomski explained the stethoscope is able to recognise more than 12,000 sounds and is still learning.

The study, titled Practical implementation of artificial intelligence algorithms in pulmonary auscultation examination, demonstrated the sensitivity of the algorithms in the scientific publication European Journal of Peadiatric.

The algorithms proved to be more accurate in identifying abnormal lung sounds compared to an an examination conducted with the use of a traditional stethoscope alone.

“In contrast to traditional stethoscopes, StethoMe enables auscultation of a patient’s lungs and heart.

“The recorded sounds are sent to the StethoMe AI platform, where they are analysed by AI algorithms.

“Patients receive instant information about any abnormalities and doctors receive detailed results of the examination, along with AI predictions.”

Pathological sounds that require attention can include wheezes, bronchi – a characteristic of conditions such as asthma – and fine or coarse crackles, which could suggest the presence of bronchitis and pneumonia.

Information regarding these potential problems can be sent by the app to a physician in order to receive required medical consultation.

The app is specifically targeted at users who don’t have medical education, with easy-to-follow on-screen instructions.

StethoMe algorithms have been confirmed by the company’s own study as effective in lung examinations.

They were more accurate than doctors in the detection of pathological sounds by over 10% to 12%, and growing.

As a result, the company claims to be the first in the world to receive CE certification – granted for medical devices in the EU – for AI analysis of lung sounds.

How AI is changing the healthcare landscape

As AI-powered technologies are becoming prevalent across healthcare over the past few years, the growth has empowered industry businesses to run more efficiently by better accommodating patients and relieving members of staff from repetitive duties.

Mr Radomski believes AI is going to provide “tremendous support,” particularly in the fields of radiology and image analysis.

“They’re an excellent tool since they are immune to stress, are objective and they provide reproducible results, contrary to fallible human senses.

“The existing devices themselves are fine, but we should improve the signals that we can collect from the body and analyse them in more detail.

“Access to such virtual clinics means that people from all over the world will have a chance to take advantage of specialist care and receive a reliable diagnosis.

“We also see a huge potential for using AI within medical education.”

At present, the StethoMe product can only be used on children.

But the research team is developing AI algorithms for an advanced stethoscope called StethoMe Pro for doctors to use on adult lungs and hearts.