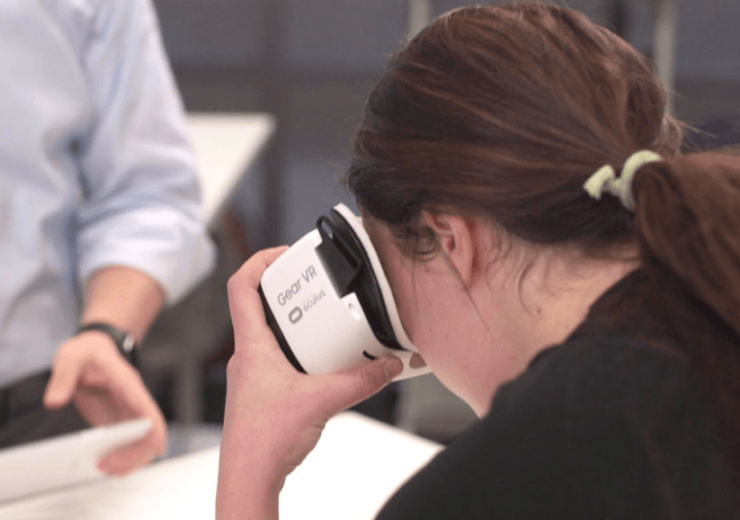 The clinician receives a report with metrics and visuals describing rgw user's variance, or how far from the target their eye position was during the task (Credit: SyncThink)

Brain impairment resulting from concussion in sports has become a thorny subject in recent years – but an eye-tracking virtual reality platform developed by SyncThink is helping with rehabilitation. Chief technology officer Daniel Beeler explains to Anjuman Rahman how its Eye-Sync system works

Each year, amateur and professional athletes suffer from between 1.7 million and three million concussions related to sports and recreation, according to the University of Pittsburgh Medical Center.

Half of these incidents go unreported or undetected but in sports like American football – which accounts for about 300,000 injuries – it has become a major topic of discussion in recent years.

The link between repeated head injuries and Alzheimer’s disease was established by forensic pathologist Dr Bennet Omalu – whose findings were popularised by the 2015 Will Smith film Concussion – and the issue has since been picked up in association football too.

One of the problems for team doctors is that brain impairment can be difficult to detect when there are no visible injuries immediately after impact or the full-time whistle.

But as scientific understanding improves, so does technology – and Silicon Valley neuro-technology company SyncThink has developed a virtual reality (VR) platform it believes can assist.

Eye-Sync, currently being used by basketball and American football teams in the United States’ professional and college leagues, works by measuring how well players can track a red dot with their eye when wearing a VR headset.

SyncThink chief technology officer Daniel Beeler says the Oculus VR headsets, which are equipped with his company’s sensors and software, have proven popular with teams like the Golden State Warriors, an American professional basketball team based in San Francisco.

“VR is a natural fit for fast, mobile, immersive evaluation of eye movements, and critical evaluation for ocular and balance dysfunction,” says Daniel, who points out how the technology can also boost recovery time and performances.

“When we first saw the Oculus development kits, it became obvious to us that this kind of technology would naturally begin to integrate eye tracking as a default feature.

“That’s what we’re seeing today – sophisticated sensors can dramatically increase player immersion, but that same information can be used as a biomarker for disorientation and attention.”

How does the Eye-Sync software diagnose brain impairment?

When a concussion occurs, the connections between the brain and eyes are impaired – resulting in irregularities in visual performance and eye movement.

SyncThink’s Eye-Sync platform integrates a VR headset that can record data with a cloud-based software application to process the information gathered.

When a user wears the VR goggles, Eye-Sync can run through a series of tests that track eye movement.

“The patient doesn’t see any of this – it’s invisible. We then use these images to construct a model of the patient’s eye and estimate where they’re looking, relative to our visual display.

“Ultimately, this allows us to characterise how well they can synchronise their visual attention with predictable motion.

“We transfer all this information to a 4G Android tablet used by the clinician, provide automated analysis, and then distribute the information to all stakeholders through the Eye-Sync cloud.

“The tablet may not always have a constant cellular connection, so we use a data platform from Couchbase that enables us to run the tests even when the device is offline.

“We can then sync the data from the tablet to our central data store when connectivity is available.”

A healthy brain should be able to accurately follow the path because it can predict how the dot is moving.

However, after suffering a brain injury, that ability to predict becomes impaired.

Why is VR the best technology to detect and treat concussions in sports?

SyncThink, founded in 2009, is aiming to provide an example of how rehabilitation after sports injuries is changing due to cutting-edge technologies.

The Eye-Sync device, developed by Silicon Valley neuro-technology company SyncThink, was granted US Food and Drug Administration (FDA) designation as a breakthrough device earlier this year.

The FDA’s Breakthrough Devices programme aims to shorten the approval period for medical devices that provide effective treatment or diagnosis of life-threatening conditions.

He says: “Mobile VR delivers a type of media that people actually want to use.

“However, our core value is analytical – we pair these sensors with foundational insights.

“We’ve been fortunate enough to develop and validate our algorithms over the past 15 years, constructing the largest clinical eye-tracking database in the world.

“We’re placing displays and sensors closer and closer to users, but what are we offering in return?

“We need to make sense of all this information and empower users to take control of their brain health.”

As well as its adoption by the Golden State Warriors in the NBA, Eye-Sync is currently used on the sidelines of sports games at universities such as Stanford, USC, and Oregon State – as well in hospitals including Massachusetts General Hospital, in Boston.

Outside sport, it has worked with the military to characterise factors that influence visual attention, such as sleep signals, which affect the machine’s measurements.

This method has caught the attention of performance specialists who work alongside the company’s clinicians.

Daniel says: “We’ve been working extensively with teams in the NBA to track fatigue over the season and apply effective interventions.

“It’s had a big impact on their travel schedules, and ultimately on their on-court performance.”

Role of AR and VR in sports rehabilitation

Technology will continue to play a growing role in minimising injury and recovery time in sports, believes Daniel, with benefits enabling patients to be assessed remotely – allowing for a complete screening on the pitch.

According to business consulting firm Grand View Research, the VR healthcare market has grown from $525m in 2012 to $976m this year.

And the wider VR and augmented reality (AR) healthcare industry is expected to be worth $5.1bn by 2025.

“Going forward, we expect more and more of this will be executed through technology platforms, such as remote AR and VR sensors monitoring performance and providing therapy or training in the same environment,” he adds.

“Injury, after all, is just one end of the spectrum.”

VR has yet to manifest its full potential in sports, and Daniel believes it is either measuring brain impairment or performance – not both at the same time.

The Eye-Sync platform offers objective insights into athletic performance as professional teams can study the accumulated effects of fatigue throughout the season.

“We haven’t seen technology reliably characterise and affect our visual attention, and this is a critical brain function at any level,” says Daniel.

“If you’re not fit to be a fighter pilot or a baseball player, there’s a way to identify that and improve with training.

“We can prevent a sleep-deprived surgical intern from walking into the operating room, so objective brain health measurements can change the way we structure our lives – from impairment to performance.”

The medtech firm hopes to expand into new applications supported by the FDA breakthrough designation, and utilise AR for health assessments, rehabilitation, and sports performance.

“Our goal is to make this technology as capable and accessible as possible.”