Researchers at the University of South Australia have unveiled a new technology, which they say can revolutionize safe vaccination practices through antibacterial, silver-loaded dissolvable microneedle patches. 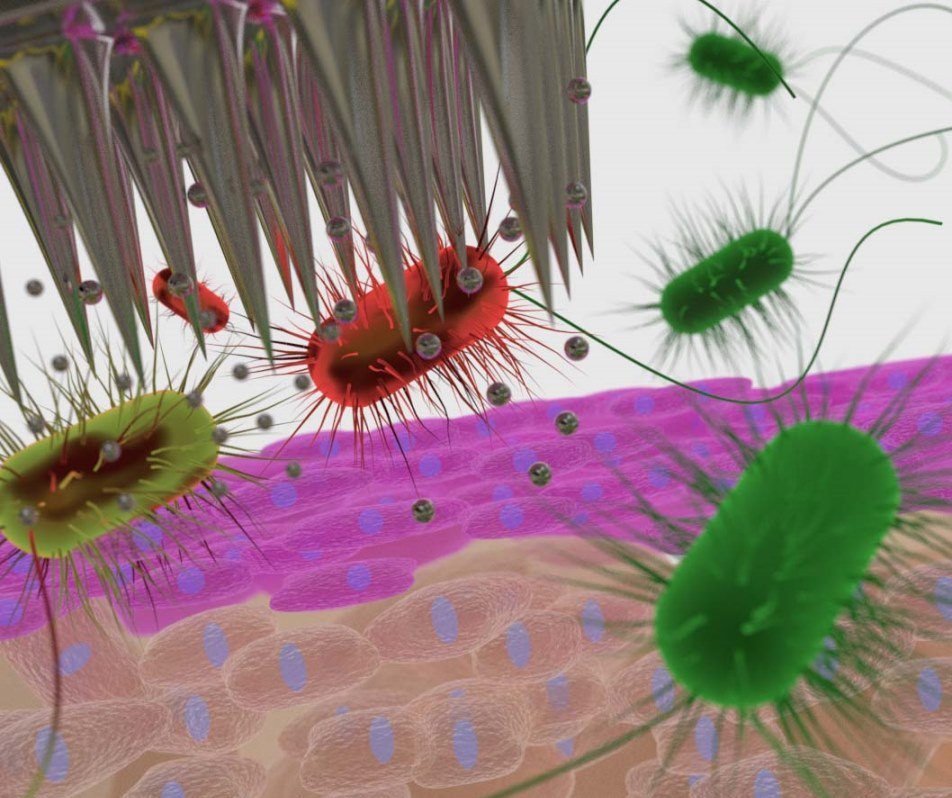 Researchers said that the microneedles not only sterilize the injection site to inhibit bacterial growth, but also physically dissolve after administration.

Vaccinations around the world have been at the frontier of protecting people from infectious diseases yet, unsafe injection practices continue to expose billions of people to serious infections and diseases.

As per the World Health Organization (WHO), using the same syringe or needle to give injections to more than one person is driving the spread of deadly infectious diseases worldwide. It is estimated that this may cause up to 1.7 million people to be infected with hepatitis B, 315,000 with hepatitis C and up to 33,800 with HIV each year.

Vasilev said: “Injections are one of the most common health care procedures used for vaccinations and curative care around the world.”

“But up to 40% of injections are given with improperly sterilised syringes and needles, placing millions of people at risk of contracting a range of illnesses or diseases.

“Our silver-loaded microneedles have inherently potent antibacterial properties which inhibit the growth of pathogenic bacteria and reduce the chance of infection.”

The study from the University of South Australia tested the antibacterial efficacy of silver-loaded microneedles against bacteria associated with common skin infections such as Golden staph, staphylococcus epidermis, escherichia coli and pseudomonas aeruginosa and found that the silver-loaded microneedle patches created a 24-hour bacteria-free zone around the patch administration site, a feature which is claimed to be unique to the technology.

The silver-loaded microneedles include an array of 15 x 15 needles each which are 700 micron in length. They pierce only the top layer of the skin without reaching the underlying nerves, making them 100% painless.

The microneedles are made from safe, biocompatible and water-soluble polymer that dissolve completely within one minute of application and leaves behind no sharp waste.

Vasilev stated that the dissolvable feature of the microneedles can significantly improve safety of the injection.

Vasilev continued saying: “Infection from unsafe injection practices occurs all over the world,” Prof Vasilev says, “so technologies that protect people from unnecessary infection are critical.

“The dissolvable feature of our silver-loaded microneedles ensures absolutely no risk of reuse, removing one of the greatest causes of infection.

“And by incorporating the antibacterial silver nano-particles into the dissolvable microneedles, we’ve created a very promising vehicle for safe vaccine and drug delivery around the world.”