University of Queensland to trial ultrasound technique for dementia treatment

Researchers led by University of Queensland are all set to begin safety testing of ultrasound technique that could delay the effects of dementia in Brisbane late next year. 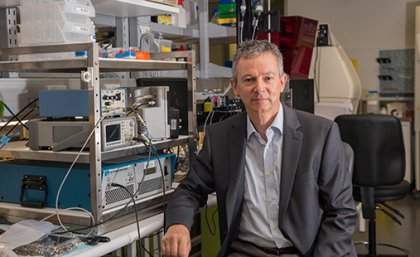 Federal Minister for Health Greg Hunt MP has announced A$10m ($7.14m) in funding, which along with philanthropic donations brings UQ closer to its A$30m ($21.4m) goal to commence clinical trials and further progress the associated research.

The phase 1 trial involving a small number of patients will explore whether the technique developed at UQ’s Queensland Brain Institute (QBI) in 2015 is safe to use in the fight against the degenerative condition.

UQ QBI Director Professor Pankaj Sah said government and philanthropic funding would help researchers accelerate the development of the technique, understand the underlying mechanisms and how it might be used to more effectively treat dementia.

Professor Sah said: “The technology temporarily opens the blood-brain-barrier to remove toxic plaques from the brain and has successfully reversed Alzheimer’s symptoms and restored memory function in animal models.”

“The human safety trials late next year are the next step, representing an investment in research that is already underway.

“Funding is essential if we are to continue to move closer to producing a non-invasive treatment for dementia, which affects more than 350,000 people nationwide.”

Without a medical breakthrough, the number of Australians living with the disease is expected to increase to almost 1.1 million by 2056, bringing the cost of hospitalisation, care and lost productivity to more than A$1 trillion ($713.5bn)

He said: “We are thrilled to see Federal and State Governments partner with philanthropists and UQ to advance this important work,”

“This funding will ensure we keep some of the world’s brightest minds focused on finding a cure for dementia, here in Brisbane.”

The funding will support the 90-strong team of researchers at QBI’s Clem Jones Centre for Ageing Dementia Research (CJCADR) over the next five years.

UQ highlighted dementia research as a priority in its A$500m ($356.7m) Not if, when philanthropic campaign which was launched in late last year.

Ongoing funding from the Clem Jones Foundation has inspired additional donations from the Brazil Family Foundation, McCusker Charitable Foundation and The Yulgilbar Foundation. This support, along with investments from Federal and State Government, and UQ, is pitoval for this research to continue towards its goal of reducing the devastating effects of dementia.