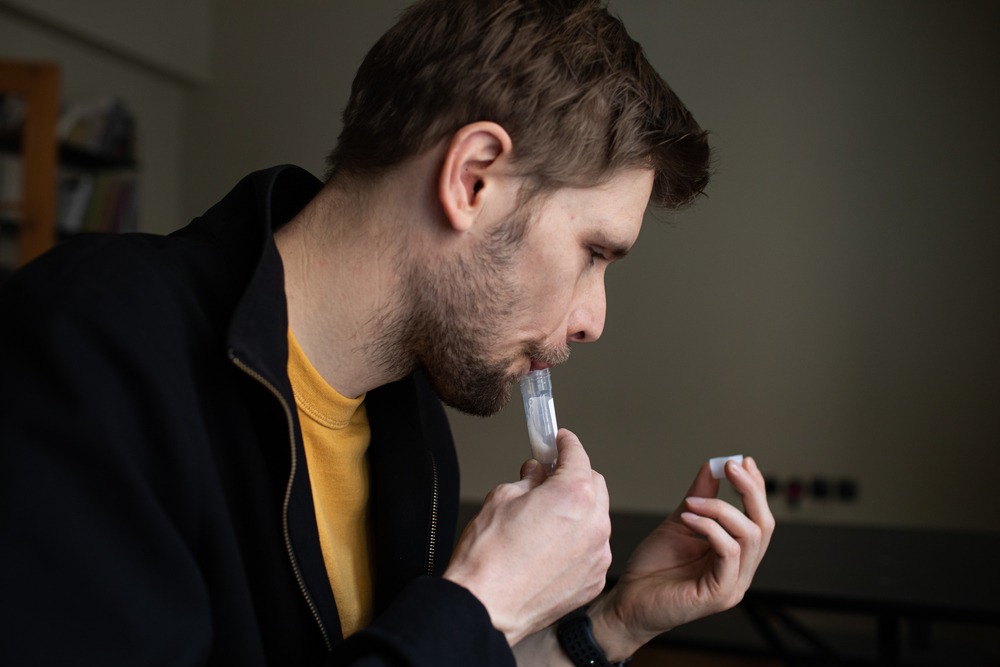 A new SARS-CoV-2 test can get results from a saliva sample in less than 30 minutes, with an accuracy rate near that of the gold standard RT PCR.

Many components of the hand-held device used in the technology can be 3D-printed, and the test can detect as little as one viral particle per one-microlitre drop of fluid.

The results of a study demonstrating the new approach, named Scalable and Portable Testing (SPOT) were published in the journal Nature Communications

Research leader University of Illinois Urbana-Champaign chemical and biomolecular engineering professor Huimin Zhao said: “We developed a rapid, highly sensitive and accurate assay, and a portable, battery-powered device for Covid-19 testing that can be used anywhere at any time.

“Based on the data reported in the literature, the accuracy of our test is comparable to or better than other SARS-CoV-2 tests.”

Though it is still in the prototype stage, the device is estimated to cost less than $78 and the reagents and other materials needed for testing would amount to $6-$7 per test, the researchers found.

Current coronavirus testing technologies are complex, expensive, time-consuming and require bulky equipment and expert analysts, whereas the new device can be operated by anyone with minimal training who is careful when loading samples, Zhao said.

How does the new test work?

The innovation was made possible by the recent discovery in Zhao’s laboratory of a system for making artificial restriction enzymes that can be programmed to recognise and cleave specific genes in an organism’s genome.

In the new device, these enzymes carry DNA guides that tag the viral genes of interest. The enzyme cleaves the genes, which have been tagged with a dye that fluoresces only after the genes are cut.

The resulting fluorescence signals that those genes are present, signalling a positive test result.

SPOT also does away with the thermocycling procedure of complex testing methods like RT PCR in favour of a isometric temperature approach.

The technology can also detect multiple genes per sample, which Zhao said makes it more accurate than single-gene tests, which can yield incorrect or inconclusive results.

Another advantage he touted is that it utilises saliva, which is easier to collect and less invasive than a nasal swab.

They found that it accurately identified 28 out of 30 SARS-CoV-2-positive samples and 73 of 74 negative samples.

Although more testing will be required before official numbers are given, these results would give the test a sensitivity of 93.33% and a specificity of 98.65, close to the gold standard RT PCR diagnostic, the most accurate of which tend to be close to 100% for both measures.

The researchers also tested SPOT with samples containing – or lacking – the influenza virus, the new coronavirus and three other human coronaviruses.

It accurately identified samples containing the new coronavirus, whether or not other viruses were present in the sample.

“We are interested in exploring this technology for detection of other diseases as well,” Zhao said.

“One key advantage to this technology is its multiplexing capability, so in principle, we can detect many viruses simultaneously using the same device.”