Designed for those with severe-to-profound hearing loss, hearing aid manufacturer Oticon has released a new range of devices that offer smart solutions to help improve the overall listening experience 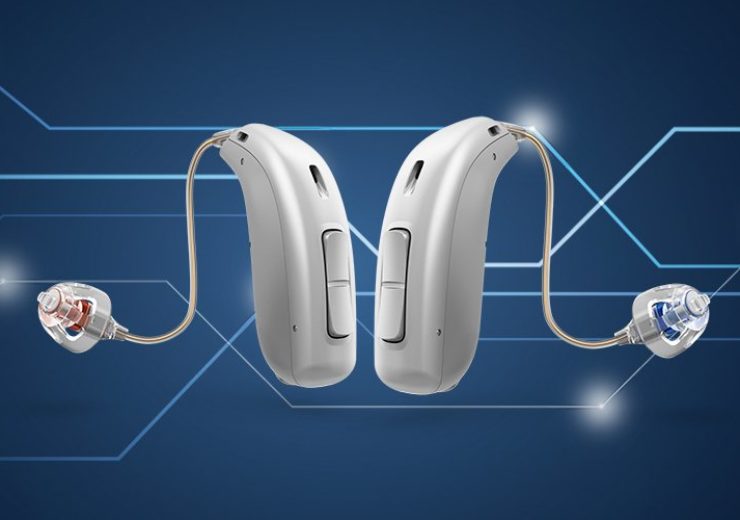 Oticon Cros includes a transmitter with a microphone that wirelessly picks up and sends the sound from your poorer ear to the better ear (Credit: Oticon)

Labelled the world’s most powerful hearing aids, Oticon has released a new range of advanced products that offer smart solutions for people with single-sided deafness.

Denmark-based Oticon claims its new hearing aids are the only smart technology on the market that enable users with UHL to clearly hear and process sounds from all directions.

“They typically focus on one speaker at a time — usually the person in front of you — while suppressing everything else as background noise.”

Despite traditional hearing aid technology being designed to simply enable people to hear better, the tech is now evolving to help those with impairment to integrate more fully with the world around them.

However, because of the stigma often associated with hearing loss, many people who struggle with the condition may shy away from seeking treatment due to misconceptions over the type of devices available and how they look.

It’s a problem that needs addressing because detecting and intervening early in cases of hearing loss helps to minimise its long-term consequences on the individual, especially for children with impairment.

In a bid to push smart hearing enhancements, Oticon enables parents to monitor and control their child’s hearing aids from an app called Oticon ON App.

Parents and carers can remotely check the battery status of the hearing aid and adjust the volume to make it easier for children with severe-to-profound hearing loss to more fully participate in school- and social-based environments.

Moreover, to address the daily challenges faced by people with UHL, the system — Oticon CROS — features a microphone that takes sound from a user’s weaker ear and delivers it to a receiver on the stronger organ.

This allows wearers to hear speech and sounds from all directions, creating a more natural, comfortable and less tiring experience.

Oticon Cros is integrated with TwinLink technology, which tweaks amplification settings to combine superior audiological performance with audio streaming, which, for example, allows users to contribute to a conversation while also watching television or listening to music.

Additionally, 12 colours are being offered along with decorative stickers for personalisation purposes — all designed to address the stigma that younger users often associate with hearing aids.

The company has also launched, Oticon Xceed and Oticon Xceed Play, which boast updates such as a built-in BrainHearing technology that scans a wearer’s surroundings 100 times per second to support how the brain naturally makes sense of sound.

Oticon Xceed improves speech clarity by 10%, reduces listening effort by 10%, and increases short-term recall by 15%, even in challenging and noisy environments.

It also consists of feedback-cancellation capability, lessening the irritating whistling or static noise that occurs when something or someone comes too close to a hearing aid.

With OpenSound Optimizer, Oticon Xceed eliminates feedback by utilising a multi-patented method of preventing the irritating whistling before it occurs — delivering a clearer speech signal in noisy surroundings.