Medical scientists have struggled to model the progression of non-alcoholic fatty liver disease in vitro, but one device shows promise for achieving it 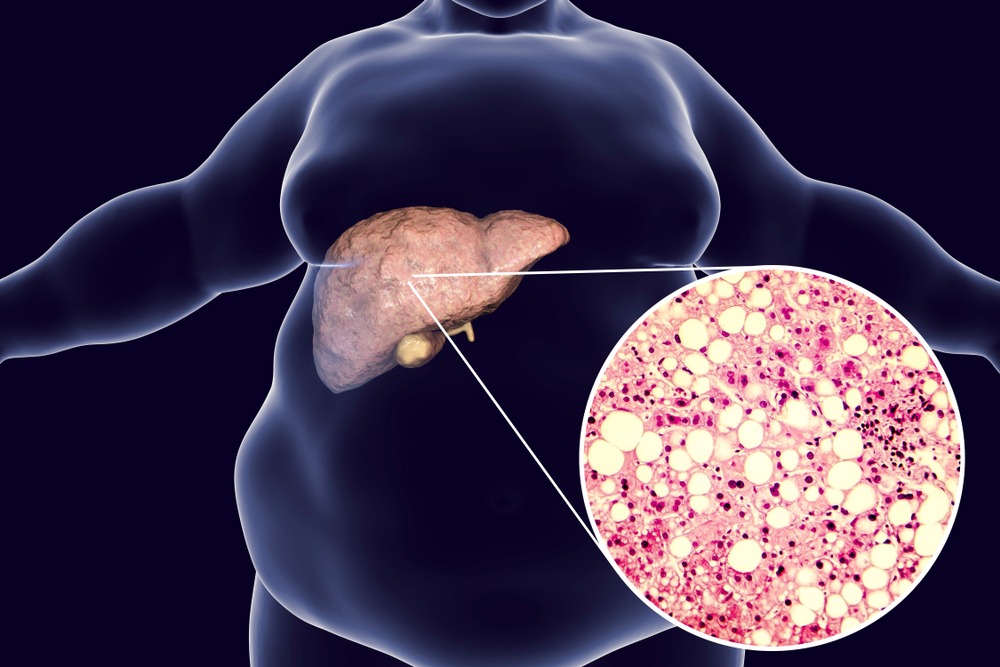 Organ-on-a-chip devices that model the liver provide medical researchers with an alternative to animal testing when studying different pathologies, but advanced non-alcoholic fatty liver disease (NAFLD) has been difficult to model in vitro due to the complex network of cellular behaviour that takes place in the organ.

The physiological events involved in NAFLD progression involve multiple steps and different kinds of cells found in the liver.

These molecules stimulate cells called stellate cells to synthesise and deposit fibrosis proteins, which lead to scar formation in the liver.

It’s this fibrosis stage of NAFLD that is the major determinant of future liver-related complications, including cirrhosis (severe scarring) and hepatocellular carcinoma (the most common type of primary liver cancer), both of which have high mortality rates without a liver transplant as a treatment.

The difficulty of modelling this stage of NAFLD progression has been a barrier for those looking to test and validate new therapies and drugs to treat the condition – but Researchers from the Terasaki Institute for Biomedical Innovation (TIBI) in Los Angeles believe they’ve overcome the hurdle.

They did this by developing an advanced, multicellular, structurally representative liver-on-a-chip model which mimics the full progression sequence of NAFLD.

“Our multicellular liver-on-a-chip system is a laboratory model that is more advanced and more fully represents the natural progression of NAFLD than in previous models,” said Junmin Lee, Ph.D., a member of the TIBI team.

“This is supported by the experimental results from our comparison studies.”

The full study, including these comparison results, is published in the journal Nano Micro Small.

The cells were mixed together and grown as multicellular microtissues in an array of pyramid-shaped microwells; the cell numbers and proportions were adjusted to yield microtissues of optimum shape to maintain nutrient and oxygen concentrations similar to naturally-occurring liver tissues.

The microtissues were then enclosed within a gelatinous substance to enable the tissues to more fully match the structure and cell-to-cell interactions of native liver tissues.

The team used their multicellular liver-on-a-chip model in tests designed to validate the role of stellate cells in NAFLD.

They concluded that stellate cells appear to be involved with blood-vessel formation, the production of chemically reactive compounds and to some degree in fatty acid accumulation.

They also concluded that stellate cells may interact with Kupffer and other liver cells to produce certain signalling molecules.

All of these events are crucial components in full NAFLD progression.

The team also tested the effects of fatty acid addition to their model and the results indicated that the presence of fatty acids and active stellate cells accelerated inflammatory responses, and increased the production of fibrotic proteins.

These fundings further validated the model’s mimicry of the natural progression of NAFLD.

What are the implications of studying advanced NAFLD on a chip?

It is the hope that TIBI’s NAFLD model can be used for elucidating the mechanisms behind NAFLD and for testing possible drug treatments for efficacy.

The device also has the potential to personalise treatments by obtaining the full array of cells needed from individual patients and using them to create custom disease models and see what treatments work best for that individual.

Although a range of modelling techniques exist for studying NAFLD, according to the research team, animal models do not truly represent the steps involved in human NAFLD and human models developed in the past have also shown limitations.

The most advanced model outside of liver-on-a-chip devices is an “artificial fibrosis model” that stimulates the final, fibrosis-development part of the disease sequence – but the team said it did not fully correlate with observations of the full disease progression.

The team claimed that when comparing both models, TIBI’s fibrosis model mimicked the natural progression of NAFLD by exhibiting higher levels of fat accumulation and fibrosis molecules than in the artificial fibrosis model.

They also tested the response to anti-fibrotic drugs in both models, and the tests demonstrated that TIBI’s NAFLD model had a more robust drug transport and metabolic response upon delivery of the drugs.

This finding is significant if the model is to be used for screening of potential drugs for the treatment of NAFLD.