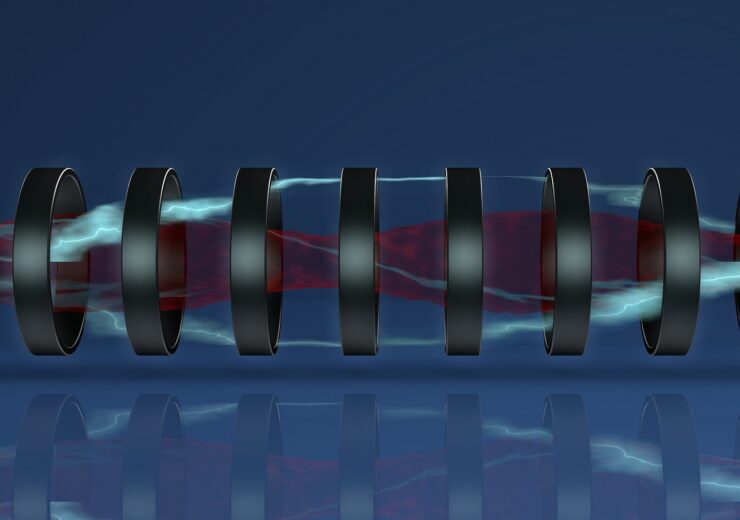 A team from MIT has built on decades-old research to develop a new superconducting nanowire technology (Credit: Tschub/Shutterstock)

Researchers from MIT (Massachusetts Institute of Technology) have developed a new nanowire innovation that they believe could enable more efficient superconducting electronics in the future.

This new superconducting wire could be both easier to make and more stable than existing alternatives, benefitting the various real-world applications they are found in – which include medical imaging systems, quantum computers, and telescopes.

It was made possible by a group of researchers from MIT’s Department of Electrical Engineering and Computer Science, led by Professor Karl Berggren, and is built on foundations laid by another electrical engineer from the university in the 1950s.

Prof Berggren believes the reason why the new nanowire may be able to complement, or even compete with, established superconducting devices is largely thanks to its simplicity.

“At the end of the day, it’s just a wire,” he says. “And wires are relatively easy to make, so it may have some advantages in terms of manufacturability.

“We’re doing fundamental research here. While we’re interested in applications, we’re just as interested in what some of the different kinds of ways to do computing are.

“As a society, we’ve really focused on semiconductors and transistors, but we want to know what else might be out there.”

Pros and cons of superconductors

Simply put, superconductors are materials that conduct electricity without resistance.

This means that, unlike ordinary metallic conductors made from copper or steel in which resistance gradually decreases over time, a superconductor can carry an electric current indefinitely without losing any energy – meaning a constant power source is not required.

This is extremely beneficial in a range of applications, including MRI (magnetic resonance imaging) systems – where it enables the magnet used to be smaller and more efficient – as well as particle accelerators and magnetic levitation on railway lines.

Despite these numerous real-world uses, superconductors are not without their limitations. They’re expensive and often challenging to manufacture, and their functionality tends to be negatively impacted by environmental noise.

This is because the decades-old device that underlies modern superconductor electronics, the Josephson junction – essentially two superconductors separated by a thin insulator – is a fairly delicate object that doesn’t always interface well with conventional electronics like those found in mobile phones or computers.

To overcome these disadvantages, Prof Berggren is developing a new technology – the superconducting nanowire.

This innovation builds on the work of another MIT engineer, Dudley Buck, dating back to the 1950s. Buck published details of a superconducting computer switch – a device consisting of one straight superconducting wire and another coiled around it, which he referred to as a cryotron.

This pioneering work remained unfinished, and largely untouched, for more than 60 years following Buck’s death in 1959.

However, backed by initial funding from the US National Science Foundation (NSF), Prof Berggren is now looking to rekindle these efforts, and has even dubbed his own technology the ‘nano-cryotron’ as a tribute to his predecessor.

“The devices we’re making are very much like cryotrons in that they don’t require Josephson junctions,” he says.

Prof Berggren and his team have already demonstrated proof-of-concept for the nano-cryotron’s uses as an electrical component – successfully deploying it as an interface between superconducting devices and more traditional, transistor-based electronics.

Prof Berggren says his group’s nanowire could one day complement, or even compete with, Josephson junction-based superconducting devices, and believes the nano-cryotron could find a home in superconducting quantum computers or supercooled electronics for telescopes in the future.

The low power dissipation associated with all wires may also mean it has its uses in applications that can benefit from lower energy consumption.

Prof Berggren recently presented a summary of his research into the superconducting nanowire at this month’s IEEE Solid-state Circuits Conference, which took place via a virtual format.

The growth of the automation industry in medical manufacturing