Who are the key suppliers to the UK medical imaging market?

From Hitachi and Canon in Japan, to Philips and Siemens in Europe, we take a look at the six major suppliers to the UK medical imaging market 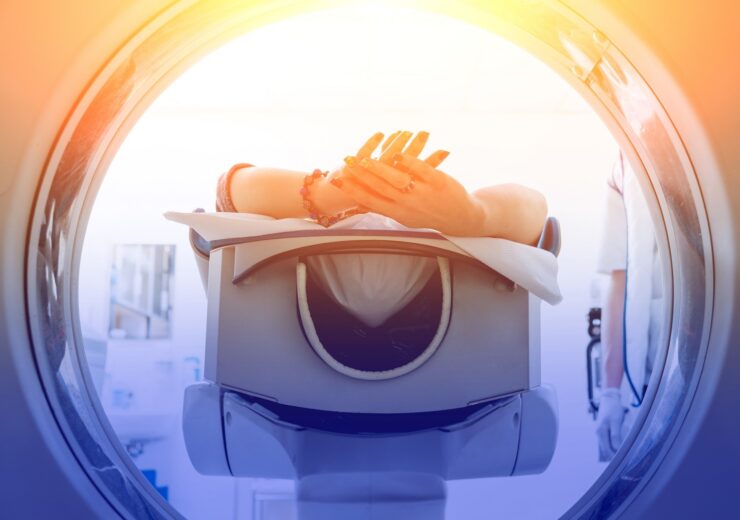 In vitro diagnostic (IVD) testing methods have understandably garnered far more attention since the beginning of the Covid-19 pandemic last year, due to the critical role they continue to play in understanding and controlling the virus’ spread.

However, the market for CT scans, MRIs and X-rays had also grown steadily in the years prior to the health crisis, and Hugh Risebrow – the author of Research and Markets’ report – claims that “as we return to normal after coronavirus, there is no reason to think that the UK diagnostics market will not return, in time, to the growth trajectory on which it was set prior to March 2020”.

With this in mind, we take a closer look at the six major suppliers to the medical imaging industry in the UK right now.

Dutch conglomerate Philips has become increasingly involved in the healthcare and medical technology markets over the past 10 years, having previously focused predominantly on electronics.

Specific solutions Philips offers in this space include its Ingenia Ambition 1.5T MRI technology, its Incisive CT machines, and the IntelliSpace Portal – an advanced visualisation and analysis software platform for radiology.

Philips is currently one of the largest healthcare firms in the world, reporting an annual revenue of $22.32bn in 2020 and currently employing more than 80,000 people globally.

While GE Healthcare’s products can be found in several different industry subsectors – from digital healthcare solutions and IT systems, to interventional surgery and critical care – diagnostic imaging is arguably the area it is most heavily involved in.

The wide array of medical imaging technologies it offers include the Lunar iDXA bone densitometer for assessing things like bone density and metabolic health, the OEC Elite MiniView mobile C-arm for surgical imaging, and a range of MRI and CT scanners, fluoroscopy systems, and mammography units.

As one of the biggest healthcare firms in the US, GE Healthcare generated a total revenue just shy of $20bn in 2019 and employs about 50,000 people across the world.

German manufacturing giant Siemens is another firm that conducts much of its work in the healthcare sector via a subsidiary – doing so through Erlangen-based company Siemens Healthineers.

Its medical imaging offerings include the MAGNETOM line of 3T MRI machines, the Multitom Rax system, which Siemens claims was the world’s first twin robotic X-ray scanner, and the SOMATOM X.cite CT scanner – a relatively new addition to the company’s product line that was first installed in a US hospital in September 2020.

Alongside its other major product areas of therapeutics, healthcare IT and in vitro diagnostic testing, Siemens Healthineers’ work in medical imaging saw it generate revenues of about $17.4bn in 2019. The company also currently employs 54,000 people globally.

Japanese multinational conglomerate Hitachi works in a multitude of different areas, including – but by no means limited to – electronics, IT and telecommunications, materials, energy, and the automotive sector.

While its operations in the healthcare industry therefore form a relatively small part of its overall portfolio, the company’s tech know-how, and the sheer scale of its production capabilities, mean it still sits as one of the biggest global providers to the UK’s diagnostic imaging market.

And, although it does have a hand in areas like regenerative medicine, in vitro diagnostics, and treating cancer using radiation therapy as well, Hitachi makes numerous MRI, CT and X-ray systems, as well as offering solutions for optical topography and ultrasound-based diagnostics.

In 2020, the Tokyo-based firm generated revenues in excess of $80bn, and it currently employs more than 300,000 people across its numerous global business units.

However, through its Canon Medical Systems subsidiary, the company also makes many of the same types of medical imaging systems as its competitors on this list, including CT, MRI, X-ray and ultrasound scanners.

Canon Medical Systems employs more than 5,000 people globally and generated a total revenue approaching $4.2bn in 2019 – which accounts for about 12% of Canon’s overall sales.

Some of its most notable products include the uMR line of MRI machines, its uCT range of CT devices, and its ceiling-mounted and floor-mounted uDR X-ray scanners. United Imaging also claims it is continuously working to optimise its imaging services using new technologies like machine learning.

With United Imaging having only been founded in 2011, a limited amount of the company’s financial information is available currently – although it is thought to have raised more than $500m in funding to date, and employs about 3,300 people.