The Medicines and Medical Devices Bill was previously passed by the UK House of Commons, and is currently being considered in the House of Lords 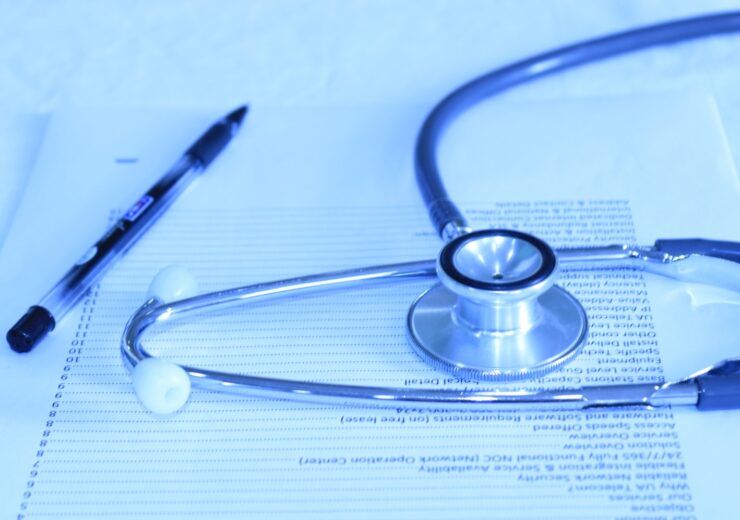 The Medicines and Medical Devices Bill has moved one step closer to being passed into UK law following its second reading in the House of Lords.

It was brought before the House by UK innovation minister Lord Bethell, who described it as “absolutely essential” in protecting patient lives and empowering healthcare innovations.

The bill attempts to address the regulatory gap that will be left once the UK leaves the European Union at the end of its transition period – and covers human medicines, clinical trials of human medicines, veterinary medicines and medical devices.

Bethell also said it will put safety at the heart of regulatory decision-making, and make medical devices more widely available to patients by tracking their usage with improved information sharing, while simultaneously making the UK a more “attractive” place for investors to conduct clinical trials, supply medicines and develop medical devices.

During its second reading, however, Lord Blencathra, chair of the Delegated Powers and Regulatory Reform Committee (DPRRC) and a Conservative Party life peer, said the bill’s structure is “absolutely atrocious, and an affront to parliamentary democracy”.

“Of course, it is not unique; it is just one more bill stuffed full of Henry VIII clauses but devoid of substantive content,” Lord Blencathra added.

“It is the barest skeleton, all to be filled in with negative secondary legislation.

“I am speaking in my capacity as chair of the Delegated Powers Committee. We considered the key clauses – clauses one, eight and 12 – and concluded that they contain inappropriate delegations of power.”

Following a debate nearing five hours in length on 2 September, the bill was moved to the next stage in the House of Lords, which involves a line-by-line examination conducted by a grand committee.

What is the Medicines and Medical Devices Bill?

The Medicines and Medical Devices Bill 2019-21 was first introduced into the House of Commons earlier this year, on 13 February, before being passed onto the House of Lords in June.

Following the committee stage – for which a date has not yet been set – it will still face the report stage, a third reading in the Lords, and potential amendments will also be considered before it can receive royal assent and be entered into UK law.

Following the end of its transition period on 1 January 2021, the UK will no longer be able to use the 1972 European Communities Act (ECA) to update or amend its own regulations for medicines and medical devices, and existing frameworks will be preserved as ‘retained EU law’.

By introducing new regulation-making, delegated powers, the Medicines and Medical Devices Bill – which has been sponsored by Lord Bethell and the country’s health minister Matt Hancock – intends to rectify this.

During its second reading last week, Lord Bethell described the bill as “crucial to the development of a modern, safe, medical regulation regime”, adding that it is “essential” the bill enters into UK law by the end of the year.

“Its focus is the development of important innovations that will improve and save lives for the next generation, and the protection of patients in an area which has, historically, been slow to move and which, in a few months, passes from European to domestic legal oversight,” Lord Bethell said.

“When we look at our plans for the health of the nation, having the agility to revise our key regulatory regimes is not a ‘nice to have’ – it is absolutely essential to protect the lives of patients and empower the innovations that will extend their length and quality.”

Part three of the bill is the most relevant section regarding medical devices, as it aims to create a delegated power enabling the Medical Devices Regulations (MDR) 2002 to be updated.

However, this delegated power would only be able to amend regulations in the following areas:

Part three of the bill also aims to consolidate the enforcement regime for ensuring the safety and quality of medical devices, and provides the UK secretary of state with new information-sharing powers relating to the safety of a medical device.

As a result of the committee stage in the House of Commons, the government promised to discuss a UK registry designed to enable tracking and tracing of medical devices – outside of the committee – following a proposed new clause on this subject.

While acknowledging the need to update legislation following Brexit, Baroness Barker, a Liberal Democrat member of the House of Lords, said the Medicines and Medical Devices Bill is a “thoroughly unsatisfactory” attempt to do this.

She also described the bill as an “empty cloak” due to the fact it allows the secretary of state to create and adjust regulations “unilaterally, or without any scrutiny”, and even cited its “potential to do harm” in the UK.

“Many professionals in the pharmaceutical and medical devices industries have expressed the fear that by slightly and incrementally moving away from existing regulation from the EU, we could very quickly put ourselves into sudden isolation,” Baroness Barker said.

“We should be fearful of that, not just because it could harm our ability to market into the European Union, but because many other countries – African countries, for example – use EU approval as a short-cut mechanism for approving medicines which they do not have the capacity to trial themselves.”

Labour member of the House, Lord Hunt of Kings Heath, echoed Baroness Barker’s concerns over the amount of power being given to ministers under the bill – and called for its regulations to be subject to sunset clauses, meaning they would cease to have effect after a specific date.

Baroness Walmsley, a Liberal Democrat member of the House of Lords, said the bill contains “no detail at all” about the changes the government intends to make to human and veterinary medicine regulation – as well as “very little” regarding medical device regulations.

Baroness Walmsley added: “The Government even plans to disapply some regulations simply by introducing a protocol, thereby completely bypassing any parliamentary scrutiny at all.

“It is rightly described by the DPRRC as ‘camouflaging legislation’. If this is what the government means by taking back control, it is exactly what Remainers feared when the EU referendum was put to the people.

“Control is going to ministers, not parliament. In a parliamentary democracy, that is unacceptable.”

Lord Kakkar – a crossbench life peer in the House of Lords, and professor of surgery at University College London – said while the new bill may ensure medical devices can be tracked more effectively, it does not address the “vital” level of evidence for safety and efficacy a device must meet before being given marketing authorisation in the UK.

Lord Kakkar added: “There are trial methodologies beyond clinical, randomised trials which could be instituted that provide the opportunity for limited authorisation of new devices, with patients included in prospective registries with very careful follow-up.

“The comparison of data from those patients with broader patients with similar diseases, and conditions, would allow for a proper safety evaluation of newly-marketed devices and, ultimately, broader marketing once those initial data were made available.

“That would be the appropriate approach to patient safety.”